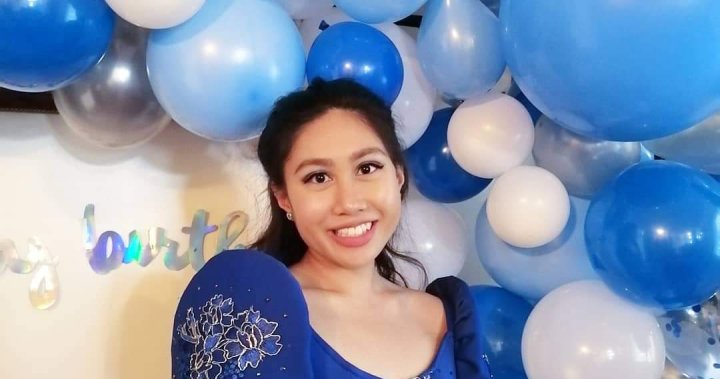 Since she was a kid, Loridee De Villa has loved writing and storytelling.

In elementary school, she used to gather her friends at recess and recite randomized plots using their names for fun.

The now-18-year-old writer and student from Mississauga, Ont., was recently named the winner of the 2020 Watty Awards for her young adult romance story titled How To Be The Best Third Wheel.

Her story was selected out of 40,000 other submitted stories.

“I couldn’t contain my emotions; I thought I was going to cry,” said De Villa in an interview with The Morning Show.

De Villa had been writing on Wattpad since 2015 and her work has accumulated more than 1.5 million reads, according to a recent statement by the online publishing platform.

According to De Villa, the inspiration behind her novel came from her own experiences being a third wheel to her friends. As a preteen, De Villa wasn’t at the point where she started thinking about relationships in comparison to her peers.

4:09
‘My Best Friend is a Secret Agent’ becomes a published book

“It seems like a universal problem. Everyone’s a third wheel at some point in their lives.”

For De Villa, the most rewarding part of the process has been being able to interact with the people reading her writing.

“You get to see that there are so many people who have the same experiences as you and were looking for something to relate to,” she said.

As a young writer, she said her biggest piece of advice to other upcoming creators is to keep pursuing and going through with their work.

“When you write something, it’s never set in stone. You can always go back, you can always revise it, you can change things,” she said.

“But the hardest part is definitely to get started and not be afraid if it’s good or bad and to just write something that you’d like to read that makes you happy.”

De Villa adds that she struggled with writer’s block a lot while updating How To Be The Best Third Wheel. Sometimes, she said months would go by before she wrote more.

Read more:
Young author’s heart as big as her imagination

“Something that really motivated me to keep going and what I really like about this platform is that you have people who are waiting for you to write something else,” she said, adding that she received messages of fans asking for me.

Going into this year and future, How To Be The Best Third Wheel is expected to be published in spring/summer 2022.

De Villa is also working on a project with Shaftsbury where one of her previous The Infinite Worlds of Ella Jane, is being turned into a theatrical podcast after winning the Shaw Rocket Fund Writers Accelerator Program.

As a full-time post-secondary student, De Villa said while she has found it hard to balance her multiple tasks, she will continue to pursue her writing.

“I really love writing, it doesn’t really feel like something I have to do. It just feels like I’m doing it for fun, for relaxation,” she said.

Watch De Villa’s interview with ‘The Morning Show’ in full in the video above.

Podcast: What to know about “novelty hunting.”
Deaf Domino’s Employee Delivers Pizzas on Foot After His Car Breaks Down – In Return, He Gets a “Tip” of $12,000
Kentucky Woman Gets Unbelievably Lucky at Her Office’s Christmas Gift Exchange — Now She Can Afford to Send Her Kids to College
The Most Heartfelt Speech About Being Your Best | Gian Paul Gonzalez | Goalcast
Tough Times Don’t Last (Official Music Video) Fearless Motivation