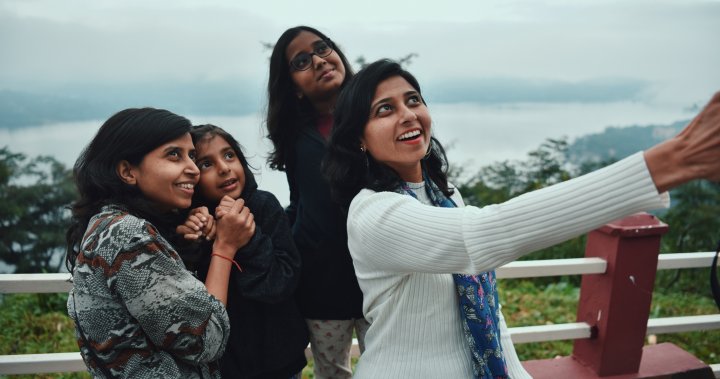 Arby Seño moved to Canada from Manila, the Philippines, with his mother in October 2012.

The Calgary local says moving so far away from his grandparents and his home was tough. On top of all the stress from relocating and transitioning into a new life, his mom was working three jobs at the time.

“One of the reasons why my mom is who she is today is because of my grandfather,” he says, adding that his grandfather,  who passed away last month from COVID-19, has always been an inspiration to him.

“My grandpa taught me and my mom the ethic of hard work, perseverance, goodness, working hard, helping others,” he says.

Seño, who recently completed his engineering degree at the University of Calgary, says back in the day, his grandfather also wanted to become an engineer. His grandfather’s influence continues to have a lasting effect on him, he says.

“For me, family’s pretty much the centre of everything,” he says. “The love grandparents and parents show … it’s unconditional,” says Seño.

Asian Canadians find inspiration and meaning from within their families — the generational history, cultures and communities have continued to influence them in achieving their goals, excelling in their careers and finding fulfillment in life.

Henry Tsang, an artist from Vancouver, has found inspiration from his own identity and the history of his local Asian community.

Tsang’s family moved to Canada in 1968 shortly after the 1967 Hong Kong riots. Back in the late ‘60s, his family spent a lot of time in Vancouver’s Chinatown; his parents worked in the community and he attended daycare there, among other things.

“I was very aware that we were from Hong Kong and we weren’t the same as the local people, and local people made it clear as well,” he says, pointing to his mother, who was often made fun of for her accent.

Tsang thinks every wave of Chinese immigrants into Vancouver has experienced that, whether they’re from Singapore or Taiwan or Mainland China or Hong Kong.

“There’s always this cultural difference. There’s commonalities, but each wave brings their own experience of what it means to be Chinese from wherever they’re from.”

Eventually, Tsang found himself drawn to the Chinese cultural centre in Chinatown and ended up working on a few curatorial projects through the early ‘90s, including one that explored what it means to be a Chinese Canadian in Vancouver.

Most recently, Tsang helped facilitate the 360 Riot Walk, a project on the 1907 anti-Asian riots in Vancouver. He wanted to help provide an opportunity for people to learn about Canada’s history of discrimination through an interactive experience.

In a time like the COVID-19 pandemic where many have felt disconnected, Asian communities haven’t stopped developing bonds with one another or connecting with each other across online platforms.

Married couple Sana and Will Saleh started posting on TikTok at the start of the pandemic under @salehfamily, and they’ve now accumulated more than 1.2 million followers with their comedic and educational videos.

“It’s incredible because of the diversity of people who follow us. It is like every religion, every colour, ethnicity, language, you name it,” says Will.

The Toronto pair have made videos about their faith and culture to educate others on the platform. Social media can be a toxic environment when it comes to discussions about racism, prejudice and more, but the Salehs have found mostly positivity and interest from their audience. As content creators, the Salehs say using a platform like TikTok for good, to educate or discuss issues like stereotypes and racism, is important.

People have sent messages to the couple expressing how they have been able to educate others by watching their videos — it pays forward.

“People were so interested and it’s built such a beautiful community of people across all nations,” he says.

Through their social media, the Salehs have fostered friendships and support that they attest are just as strong as those within their own family.

“It’s crazy to think how close you could be with people that you’ve never seen,” says Sana, adding she knows they could always rely on support from other creators they’ve built these bonds with.

“They just have such a connection with us and that’s honestly one of the biggest blessings of what we do.”

The feelings of connection, support and togetherness — whether it’s from family relatives or virtual meetings with other community members across the country — is one of the biggest parts of many Asian Canadians’ lives.

The inspiration and influence of her late grandfather and her family drove Tammy Co to write the children’s book Diego The Dodo, which she released in 2020 along with co-author Parveen Kandeerally.

Co, who was born and raised as a Chinese Canadian, says she comes from a family of immigrants who came to Canada as refugees during the Vietnam War.

Growing up in a predominately white neighbourhood, Co says she struggled with her identity.

“I remember having these conversations with my grandfather where he’d say things like, ‘You’re different,’ ‘You’re Chinese,’ we don’t have to be like the others or change who you are,” says Co.

“My dad (also) taught me to be adaptable and be flexible and to keep trying different methods until one works.”

These lessons Co learned became themes in Diego The Dodo, and while she says the story is told through animals, the lessons still revolve around diversity, inclusion, perseverance and knowing how to “own your power and never give up.”

“I really look up to my whole family and the struggles that they’ve gone through,” says Co, emphasizing how her family came to Canada to make sure the next generation had better opportunities.

“I wrote this book because of my grandfather and the lessons that he’s taught, and I hope that I’m able to pass all of those lessons to more kids.”

As for Kandeerally, she and her parents were born and raised in Mauritius prior to coming to Canada.

She points to her late mom as her inspiration as she was a single parent raising three daughters. She passed on the necessity of working hard and perseverance, as well as the importance of pursuing opportunities and dreams.

One of Kandeerally’s favourite lines from her mother is: “The path to the top is not an easy one.” This idea of believing in oneself and continuing to do the work carried on into Diego The Dodo.

Perhaps the most validating thing is seeing the teachings extend to the next generation of Asian Canadians. As parents to two young daughters, Sana says it’s beautiful to watch them grow up and be not only kind and empathetic, but surrounded by cultural diversity.

“Where we’re from is not culturally diverse … our kids, when they’re here, we’re surrounded by diversity. Every colour of people, every language of people, every religion, and it’s so different from how I grew up,” says Will.

Sana adds having her own mom around to help watch her daughters has been a blessing. “It’s so sweet to see that dynamic between me and my mom, and then my mom and my kids,” she says.

All of the life lessons her family taught her growing up has meant everything to Co, adding family and her community have taught her to work hard, to be proud of my roots and to tell diverse stories in hopes of inspiring the next generation.

“I feel much more connected overall this year, probably than I have ever felt in my life, because there’s never been such a spotlight on being Asian Canadian,” she says.

“There’s so much happening around the world and I think I’m proud that I’m coming from this community and I’m so proud that we’re all here, we’re standing up for each other … and we’re in it together to fight against anti-Asian hate.”

New Barbie Doll Honours First Black Aviator — Inspires Youth to Take to the Skies (PHOTOS)
8-Year-Old Boy’s Family Is Down to Their Last $12 Living in a Shed – Until His Own Business Saves Them All
‘It was my heart’: Women with heart disease face barriers to care in Canada, report says
These Letters from a Single Mother Will Make You Believe in Love Again | Philicia Baugh | Goalcast
The World’s Best Blind Mountain Biker | Brian Bushway | #shorts