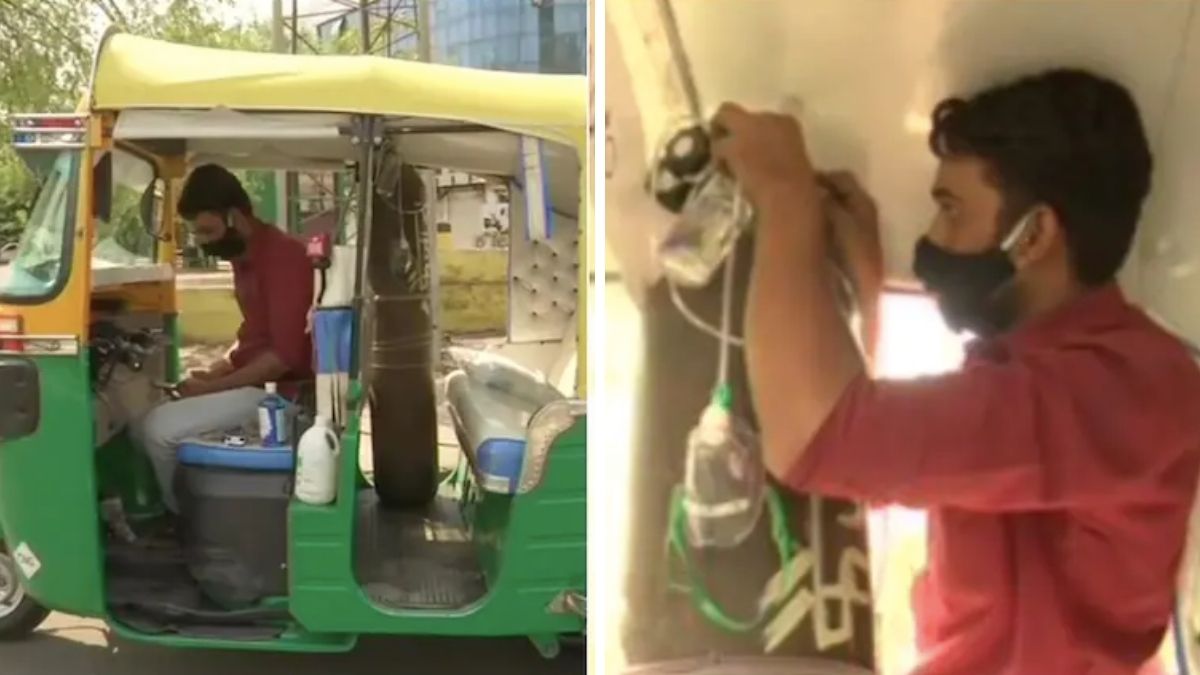 One man saw that his community was in need — so he offered to risk his own safety to help. If that doesn’t prove the kindness of strangers, want can?

Free ambulance services to whoever needs

The COVID-19 situation in India is nothing short of a disaster. More than 21.4 million people have gotten the virus (a vast undercount, according to experts), and there have been over 234,000 deaths.

It’s been widely publicized that India is short on oxygen, but the country is also experiencing a severe shortage in ambulances — which is something that Javed Khan wanted to help fix.

Khan, who lives in central Indian city Bhopal, decided to lend a hand by transforming his rickshaw into an ambulance to take coronavirus patients to a hospital.

So far, Khan has been hard at work doing the highly dangerous job for more than 20 days — and hasn’t asked for any compensation whatsoever.

“I saw on social media & news channels how people were being carried to hospitals due to the shortage of ambulance. So I thought of doing this,” told Asian News International.

MP: An auto driver in Bhopal has converted his auto into an ambulance & takes patients to hospitals for free. Javed, the driver, says, “I saw on social media & news channels how people were being carried to hospitals due to the shortage of ambulance. So I thought of doing this.” pic.twitter.com/eaH4CpWGBO

He sold his wife’s jewelry

To prep his vehicle for patients, Khan bought sanitizer, an oxygen cylinder, a PPE (personal protective equipment) suit, and some medicine. But he didn’t have the money off-hand for the gear, so he had to ask his wife for a big favor.

“I sold my wife’s jewelry for this,” he told ANI. “I queue up outside a refill centre & get oxygen. My contact number is available on social media. People can call me up if there’s no ambulance. I’ve been doing this for 15-20 days now & have taken 9 serious patients to hospital.”

This man’s selflessness — and disregard for his own safety — is absolutely awe-inspiring. And he’s not alone. A woman in India is feeding 100 patients a day, and a group of 40 kind Samaritans are providing free services like meals, transportation and medical consultation.

While this pandemic will certainly be remembered as an extremely different period for the entire world, hopefully, we can also look back and recognize all the tremendous effort average people and frontline workers have put in to help others.

How to balance social expectations and your budget amid inflation: ‘It’s OK to say no’
Haute couture goes ‘surreal’ and upside-down at Paris fashion show
The Walt Disney Company to mark 100th anniversary with new experiences
The Choice We All Have , But Only a Few Apply It | Joe Dispenza
Struggling Single Mom Is Summoned to Courtroom – Judge Issues Her a $350 Fine but Then Changes His Mind