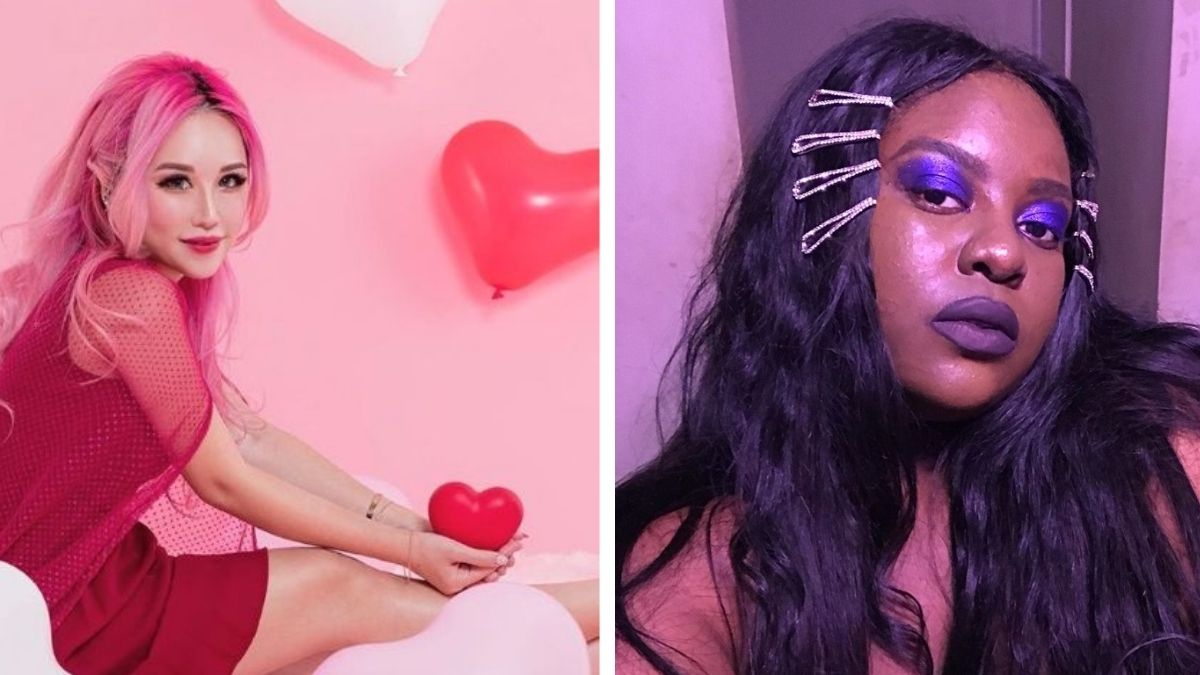 One outspoken influencer found herself on the receiving end of outrage when she fat-shamed a body positivity advocate.

La’Shaunae Steward’s rise as a plus-sized Instagram model (@lushawanay) is best described as a triumph against trolls.

“I joined Instagram in 2012, which was my freshman year of high school,” La’Shaunae told Metro. “I was bullied a lot so social media was my escape.”

Despite constant online trolling, Steward has persisted and become a prominent figure for body positivity, proudly flaunting her body and lifestyle while inspiring others.

She’d need all of her courage to face influencer Wendy Cheng. Going by the handle Xiaxue, the slim and stylish Cheng is a social media force, boasting over 550,000 followers. She is mostly known for her beauty tips and tutorials.

However, one day, Cheng decided to post one of Steward’s photos and put her body on blast.

“It’s one thing to be chubby or fat but this is way past that. Most morbidly obese people don’t live past 40,” she wrote.

“The morbidly obese (like this woman) should never have been seen as attractive because death and disease isn’t an attractive full stop. Irresponsibility isn’t attractive.”

Turning up the trolling

Steward was quick to call out Cheng’s mean-spirited remarks.

“Why are thin people this obsessed with letting me know indirectly they think I’m unattractive to them therefore I’m not worthy of love, a career, being visible, and literally telling me the age I’m going to die?”

Instead of apologizing, Cheng instead turned up the troll level to 10. Photoshopping her face on a plus-sized body, she mocked Steward’s body positivity.

“How to ensure everyone says you are beautiful in 2020 am I beautiful now,”
Cheng wrote in the post, which tagged its location as “hungry.”

“PS – Don’t gimme the whole ‘you are not beautiful because u ugly on the
inside’ bulls***,” she added. “There is already a word for beautiful on
the inside and it’s called “kind”. Beautiful refers to the outside unless
otherwise specified.”

However, Cheng was quick to add that she “never” fat-shamed anyone, noting that she was
referring to “morbidly obese” people and for health reasons only. The
Instagrammer added that she “maintains her stance.”

“Her whole demeanor is repulsive honestly and it’s even sadder that she’s an influencer and spewing this garbage. Her words have impact and I’m sure she’s fully aware of that and doesn’t care because she’s too dense to see how wrong she is”

Cheng’s posts were ultimately taken down due to the flood of complaints.

Steward admits that it’s not always easy living in her skin.

“It’s hard some days because of body dysmorphia but I try hard as hell to give myself the love I deserve,” she said.

However, she has a clear message for haters like Cheng.

“I’m a short fat black girl who’s vocal about everything and a lot of people can’t stand it. But i’ts not for anyone to stand – it’s my voice and I refuse to ever be silenced.”

It’s easy to read this story through the lense of a “skinny-vs-fat” narrative. However, look closer and you’ll see that it is really about one woman’s battle for body positivty, to love herself in the face of hurtful comments like Cheng’s but also inspire others to do the same.

In the end, everyone — including Steward — has to deal with their own personal struggles as they make their way through life. We all deserve to do so with our heads up high.

Femcels: Inside the enigmatic subculture of involuntary celibate women
If You’re Feeling Judged: One Thing You Need to Understand
How I Stopped Feeling Embarrassed and Ashamed of Being Single
The Most Heartfelt Speech About Being Your Best | Gian Paul Gonzalez | Goalcast
Looking for love? 44% U.S. adults use dating apps to find long-term partners: study