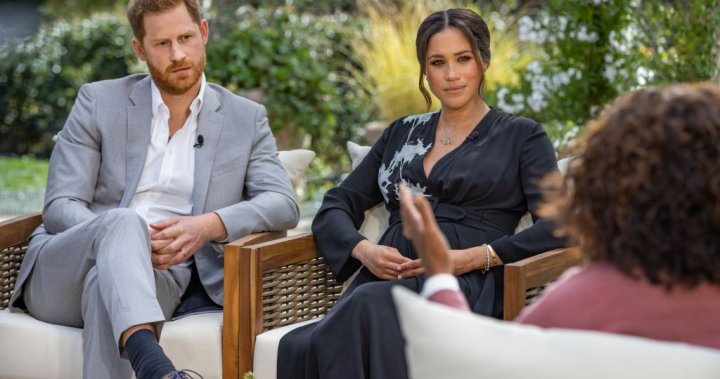 U.K.-based royal expert and journalist Afua Adom joined The Morning Show on Wednesday to break down the statement and how the U.K. is reacting to Sunday’s interview.

“The issues raised, particularly that of race, are concerning,” the statement read. “While some recollection may vary, they are taken very seriously and will be addressed by the family privately.”

She was surprised to read the part stating that “recollection may vary.”

While the statement was short, Adom says there was some positive reinforcement.

“It was nice to hear at the end that Meghan, Harry and Archie will always be a loved part of the Royal Family,” she says.

“I feel that was a bit of an olive branch… but very short, to the point, not much emotion in that statement for me.”

The interview has ignited conversations about race, mental health and media across the world, especially in the U.K., she says.

“People are talking about the element of race in those conversations… Is the media racist? Is there unconscious bias in the media?”

British broadcaster Piers Morgan said he didn’t believe Markle and on Tuesday, walked off the set of Good Morning Britain.

0:47
Piers Morgan storms off the set of ‘Good Morning Britain’

Piers Morgan storms off the set of ‘Good Morning Britain’

He later resigned from the show.

“Did he jump or was he pushed — that is a question a lot of people are asking, or was he due to leave anyway and this was just a convenient time,” she says.

Amidst all the tension, there is a question hanging in the air, is reconciliation possible? Adom says, “Yes, it is.”

She says Princess Diana’s statue is set to be unveiled in July and that event “could act as a vehicle for reconciliation between the two brothers Prince Harry and Prince William.”

Stream the full two-hour special now on the free Global TV App or at GlobalTV.com.

To learn more about the Oprah interview with Meghan Markle and Prince Harry, watch the full video above.

Podcast: What to know about “novelty hunting.”
All the Things I Didn’t Tell the Men I Dated Because I Was Afraid
Kentucky Woman Gets Unbelievably Lucky at Her Office’s Christmas Gift Exchange — Now She Can Afford to Send Her Kids to College
If You’re Feeling Judged: One Thing You Need to Understand
New Barbie Doll Honours First Black Aviator — Inspires Youth to Take to the Skies (PHOTOS)