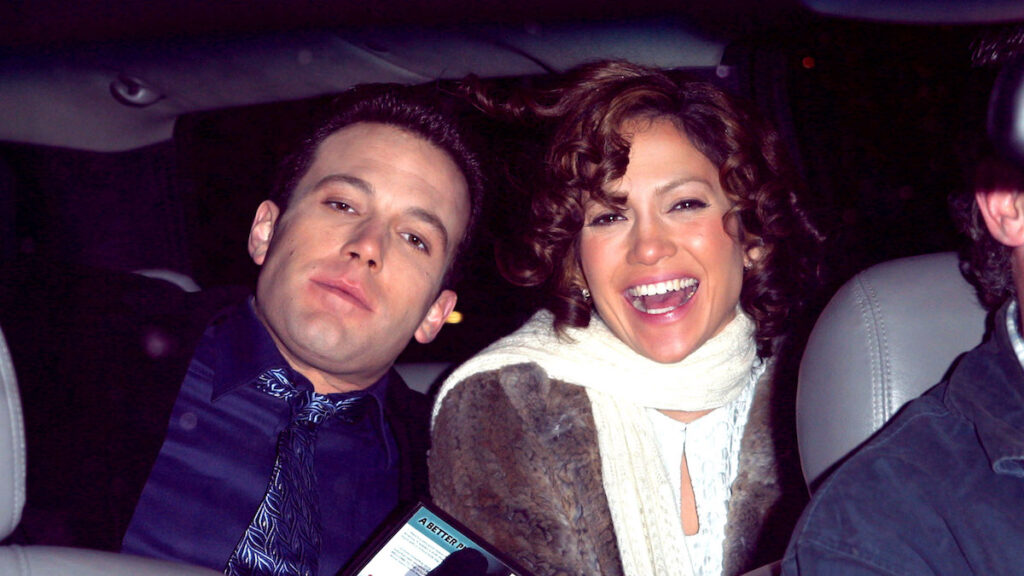 Feel free to pinch yourself — Bennifer is well and truly alive.

Jennifer Lopez and Ben Affleck finding their way back into each other’s lives was an unlikely, nay impossible, scenario. Well, following an unimaginable year marked by immense tragedy, loss, and isolation, it’s only fitting that we’re blessed with their astonishing reunion.

It’s safe to say that Ben and Jennifer’s first coupling back in 2002 reshaped what it means to be a celebrity couple in the internet age. They’re actually reported to be the first couple with their own portmanteau, that is, a word featuring a blend of both their names: “Bennifer.”

They attracted such an unprecedented scale of obsession from both the press and the public that it eventually wrecked their engagement and hastened their break-up. It appears that not much has changed; Bennifer has sent a frisson of excitement through the airwaves and is convincing everyone of the unyielding, powerful nature of love.

However, it’s time we take a beat and consider the implications of their reunion.

Over the years, both Ben and J-Lo have expressed disappointment at how their relationship panned out as well as at the enduring consequences of their public romance. Jennifer told Graham Norton in 2010 that the media coverage was staggering and that it likely did play a part in pulling them apart. “Our relationship did suffer because of that. That was one of the reasons. I mean, I would never blame the media for anything, but it definitely played a part of the dynamic of our relationship.”

Jennifer described their split as her first “big heartbreak,” which is saying something as she’d already been divorced twice before getting together with Ben. She’s also stated that her whirlwind marriage to Marc Anthony had partly been driven by a desire to mend her heart post-Ben. Marc had been a “Band-Aid on the cut,” and the Bronx native eventually realized that her pain couldn’t be “stitched or healed” through a rushed dance through the aisle. She and Marc separated in July 2011 and finalized their divorce in June 2014.

Ben, on the other hand, said in 2007 that the outrageous fixation on ‘Bennifer’ was “probably bad for [his] career,” as his cinematic work was often ignored in favor of the “salacious stuff” leaked and fabricated by the tabloids. He couldn’t stand the “amount of venom” directed at him and thus found himself getting more and more disillusioned with being in the public eye. He may have been together with the girl of his dreams, but was the scrutiny worth it? The Batman actor ultimately decided that it wasn’t.

I think I just ran away. You can only handle so much. I moved for a while to this place in Georgia that I have, was able to get away, by and large, from stuff.

The unique circumstances surrounding their relationship may have inflicted a world of hurt on them, but Ben and J-Lo still persevered in maintaining cordial relations with one another. She characterized him as “brilliantly smart, loving, charming, affectionate” in her memoir True Love, adding that she respects him a great deal and that he’s continually teaching her new things. Ben told The New York Times in February 2020 that he too has a “lot of respect for her” and that he tries to catch up with her “periodically” when he can.

But have they truly evolved since their first go?

It’s clear that the two hold plenty of love and adoration for each other, but just because they share a special connection doesn’t mean that they were destined to make their way into each other’s hearts. It’s a matter of coincidence that the two became single at the same time in April 2021 — Jennifer split up with former MLBer Alex ‘A-Rod’ Rodriguez the same month, and Ben Affleck broke up with actress Ana de Armas in January 2021 following a year-long courtship.

You only have to glance at social media a few times to realize that there’s nearly unanimous support for this pairing. People are truly rooting for them to make it work this time around. Their groundbreaking reunion reinforces the age-old craze of exes rekindling their passions and rediscovering what they’d been missing all these years. It’s a wildly romantic notion and inspires a little bit of hope in all of us that we might also get to earn a second chance with the one who got away; that it’s possible to lick our wounds and recapture the magic that sparked the romance in the first place.

The fact that Ben Affleck was spotted wearing the same watch J-Lo had gifted him nearly twenty years ago is just the cherry on top. You can’t blame people for feeling like it was meant to be and that Ben and Jennifer had never overcome the attraction they felt for one another. The two jetting off to mountainous Montana to escape the paparazzi is the stuff of movies, too.

The romantic allure is undeniable, but we also have to keep in mind that the two are significantly different people today than they were twenty years ago. They were married to other people, had children with their spouses, achieved a number of career milestones, and experienced overwhelming personal strife — it’s not fair to chalk their reunion up to raw passion and evade the growth they’ve undergone individually over the past twenty years.

Ultimately, there’s nothing particularly wrong with getting back together with your ex, but you can’t afford to make the same mistakes twice. You can’t afford to jump back into something without evaluating the bearing it may have on your overarching journey. You have to earnestly examine your development and make a call on whether you’re prepared for the risk associated with an old flame.

It’s conjecture at this point as to how Jennifer and Ben are justifying their second-go endeavor at love, but one would hope that they have an action plan on how they can avoid repeating history. Perhaps they’re mentally stronger in their middle ages, perhaps the culture of celebrity has transformed and evolved, perhaps they have a firmer grasp on what they mean to each other — it’s anyone’s guess, really.

Until you learn to love yourself, you can’t completely love (someone else) in a way that is pure and true. Once you do that, you can have relationships that are based on love and respect, that are supportive and nourishing.

Ben and Jennifer’s chaotic journey may yet have more twists and turns, but it’s notable in that it teaches us that nothing is out of the realm of possibility when it comes to love; it’s up to us to think and act sensibly and ensure that we don’t lose ourselves within the capricious whims of love. It’s not passion that builds a relationship for the long haul; it’s individual and collective growth that gives you an edge and allows you to maintain your love through thick and thin.