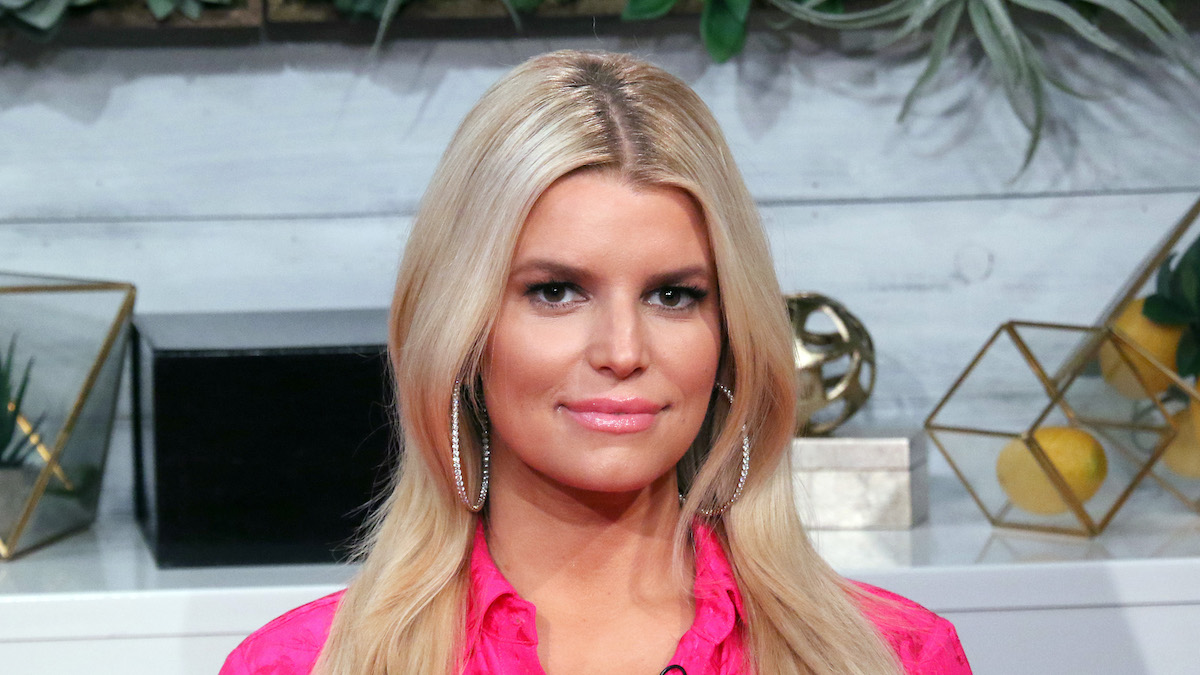 Long before the Kardashians and the Real Housewives, Jessica Simpson and Nick Lachey dominated the nation’s airwaves.

In the early 2000s, Jessica Simpson was a bonafide A-lister who attracted paparazzi attention in a similar vein to her contemporaries Kim Kardashian, Paris Hilton, and Britney Spears. Like the others, it wasn’t her singing, acting, or dancing talent that garnered her widespread attention — it was her personal life.

Jessica’s romance with Nick Lachey grabbed some of the biggest headlines and shaped the zeitgeist at the time. In 2003, the two signed away their privacy to feature in the reality television show Newlyweds: Nick and Jessica, which chronicled the day-to-day adventures of the young Hollywood couple.

They appeared to be a sexy, glamorous, and explosive item whose intense love for one another trumped all their differences and emotional strifes. Yet, as Jessica explained in her memoir Open Book, this wasn’t the case at all.

Here’s why Jessica Simpson decided to split up with Nick Lachey:

Jessica and Nick had as adorable a meet-cute as one can imagine. The two met at a Hollywood Christmas party in 1998 and were introduced by their mutual manager. Nick admitted that he was immediately smitten with her and had spent the entire night looking for her. Their paths crossed a few more times before the two decided to start seeing each other officially.

The two went steady for a few years until Jessica broke it off in early 2001 to direct all her attention to her second studio album, Irresistible. Following the devastation of 9/11, the two found their way back into each other’s lives and chose to take their commitment to the next level.

In February 2002, Nick proposed to Jessica while aboard a yacht on the Pacific, and the pair formally tied the knot later that year in a chapel in Austin, Texas. Most couples celebrate their newlywed bliss away from the prying eyes of the public, but Jessica and Nick were encouraged to display their marriage to the entire world. Jessica’s father, Joe Simpson, put forth an idea about a reality television series featuring the couple’s first years of marriage, which MTV chose to greenlight. Soon enough, Nick and Jessica established their reputation as one of America’s messiest, most irresistible couples.

Though there is no doubt that the reality show indeed embellished the real-life situations transpiring between Nick and Jessica, the older Simpson sister admitted that Nick couldn’t “improv any lines” and that the cameras showcased somewhat accurate realities of their fraught marriage.

Many issues soon emerged between the young couple. For starters, their age difference — Nick was eight years older than Jessica and was her first boyfriend. She had famously sported a purity ring as a young starlet and swore that she would be saving her virginity until the right man came along to sweep her off her feet.

It is hard to be on camera. I mean, we started shooting like six weeks into our marriage […]  I couldn’t stay in something that felt destructive, and I needed to be free to be myself and to grow up. He was 8 years older than me. I had a lot of learning to do to really be at the place where I could be a wife.

Jessica Simpson on The View

Nick had been the perfect man, but his impulses caught up to him, and eventually, the couple crumbled under the pressure of scrutiny and their respective attitudes towards marriage. For example, in her book, Jessica recalls multiple incidents in which Nick deliberately deserted her and took off with his friends for nights on end. He would taunt her about her family, claiming that they were only around because she had them “on [her] payroll.”

Jessica’s Open Book is packed with revelations galore, but the former reality television star still maintains that she and Nick just weren’t meant for each other and that their marriage was a crisis of incompatibility and immaturity rather than outward malice by any one party.

The show began filming six weeks following the wedding ceremony, which meant that they had to experience their growing pains and their marital transformation in the limelight. In addition, the show quite blatantly went out of its way to depict Jessica as the ‘dumb blonde’ stereotype, which only heightened the popularity of the show.

They always had to be mindful of how they presented themselves to the press. They had to abide by the arbitrary labels stamped on them by the show producers and didn’t feel like they had the freedom to be anything but what the public expected.

We worked, and we were great at it but when it came to being alone, we weren’t great at it anymore […] I wish we were the kind of people who could divorce and stay friends. We weren’t, and I regret that my actions hurt him.

Most critically, the pressures of living their lives in front of a voracious camera team impeded their ability to be comfortable around each other. The intimacy waned, and they felt like they couldn’t open up to each other without an external presence.

Ultimately, they were perhaps too young to truly understand the commitment and patience it requires to stay true to one’s marriage. There was cheating on both sides, but it was the least of their issues. It was a terrifying media propaganda that left them for the vultures and tainted their innocent, salt-of-the-earth romance.

It is important to protect your relationship from external pressures

The treatment that was meted out to Jessica Simpson is quite reminiscent of that which was directed at Britney Spears, but that’s a conversation for another day. What’s truly unfortunate is how a marriage was taken away from this couple’s control before they had a chance to truly explore it.

You might not have massive cameras flashing in your face every time you leave the house, but you might find yourself dealing with your own set of external pressures. The key is to keep those pressures at bay and let your relationship flourish and progress at its own pace. You and your potential partner need to keep in mind that the well-being of your relationship needs to be prioritized.

Jessica learned the hard way that her relationship couldn’t withstand the challenges, so it was only fitting to end it as amicably as possible. You also have to make a call at some point on whether both of you can survive these challenges and come out on the other side as a stronger unit. If you can, nothing can stop you. But if you have doubts, it’s best to save yourself from the heartbreak and cut the cords at your convenience.