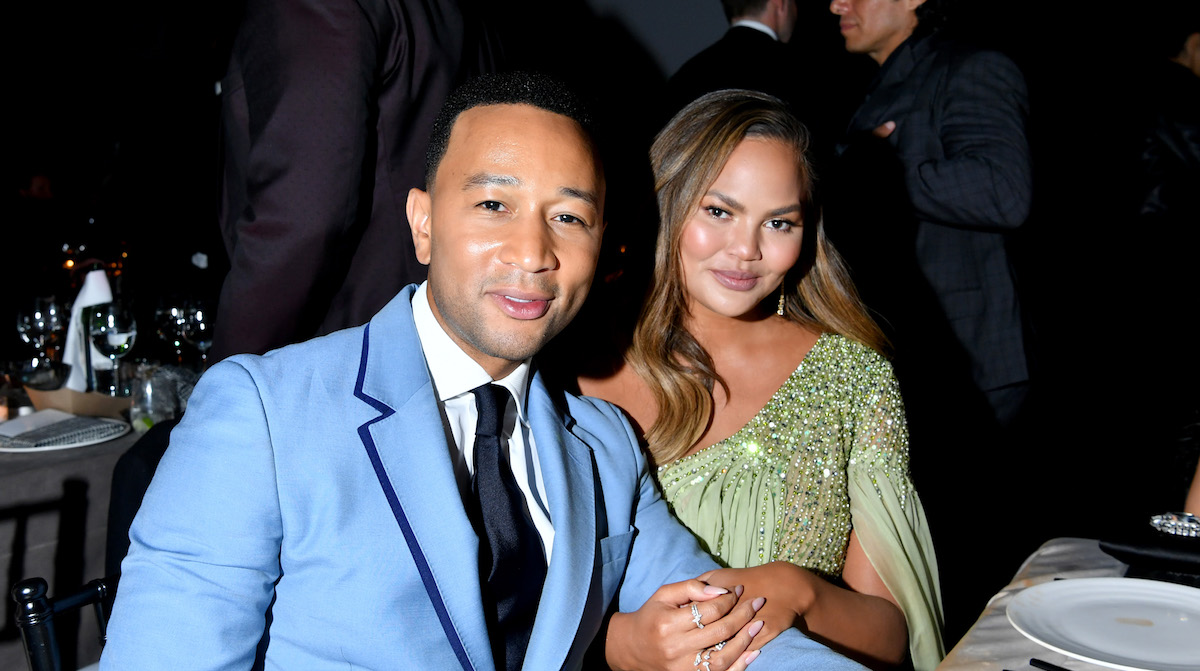 John Legend and Chrissy Teigen have become one of the most picture-perfect couples in Hollywood in recent years. John Legend, in particular, has become the epitome of the romantic husband — he serenades her with soulful piano ballads, he makes public declarations of love on social media, and he’s the doting dad to their two little ones, Miles and Luna.

But what a lot of people don’t know is that it’s taken quite a lot of work into making the relationship as strong as it is today. John Legend as a young musician was not just a bit of ladies’ man; he was, by his own admission, a serial cheater.

It’s quite difficult to see him as someone who actively broke women’s hearts and left them feeling angry, sad, or jaded with relationships, but that’s probably what had happened at that time. Then walks in Chrissy and takes his breath away: most people would assume that she worked her magic and that’s all it took for John to change his ways.

But the assumption couldn’t be further away from the truth. Since we spent a lot of time celebrating John and Chrissy as a couple, it’s worth taking a few months to explore John’s life before Chrissy arrived — there are some significant lessons about accountability, honesty, and change.

John Legend said he “enjoyed” getting attention from the ladies

In a conversation with Dax Sheperd on his podcast Armchair Expert, John Legend went down memory lane and reflected on his social life in his twenties. Dax remarked that some songs on his discography are “good cheating songs.” John Legend admitted that he does have some real-life experiences of cheating. Revealing that because he was two years younger than everyone else in his high school class, he had had trouble meeting girls and having relationships.

Therefore, as an adult, John couldn’t refuse female attention. As a musical prodigy on his way to fame, he had been popular with the ladies and couldn’t get enough of them. As John explained it:

I did have a history with [cheating], especially in my 20s […] “I definitely was dishonest and selfish and just enjoyed this new attention I was getting. It was happening before I was famous but when I was kind of on my way.

John added that he kept his relationships “ill-defined” so that he could justify his behavior but that it was still very much cheating, he said. He had made a habit of hurting women to satisfy his own desires but as he was getting more and more famous, he realized that his actions were jeopardizing a number of things: his career, his character, and his relationships. So what finally made him put a spot to his act?

So it wasn’t necessarily Chrissy who made John change his ways. By his own admission, he’d stopped fooling around with women sometime before meeting Chrissy. He explained that, after a while, the pressure to keep pretending and being ultra-careful with texts and secret appointments was becoming unbearable. That’s something a lot of people don’t realize with regard to cheating — you’re constantly lying and then lying some more to cover up some of the previous lies.

It’s a rocky situation and no one can come out of it with their head held high. That’s why John realized that it’s actually quite calm and peaceful to do away with the lies and direct your attention to one person and one person only. He said:

You just realize that you’re happier being honest. You’re happier being faithful and being in love with one person…At a certain point, I just decided that person was Chrissy. I decided I wasn’t gonna mess with somebody else anymore.

What’s remarkable about John’s admission is that he doesn’t necessarily attribute Chrissy for why he changed his ways. A lot of men, as well as women, hold this fantasy that all it takes is for a woman to come into a man’s life for him to realize the errors. Only the perfect woman can “change” him.

That narrative isn’t only unfair to the man in question; it’s unfair to the women who’d been hurt by him. It somehow implies that those women were just not special enough to drive the man towards change, that they somehow deserve the unfaithfulness, and just had to take it for no reason at all.

John realized on his own that he had been doing something wrong and decided to change for good without requiring some other woman to push him in the direction. It shows that he has enough maturity to realize the consequences of his actions; to be able to take accountability and actively decide to never set foot in that headspace again.

If you were wondering whether Chrissy Teigen, the Queen of Twitter, wasn’t going to remark about John’s admissions, you were wrong. Chrissy took to Twitter to address one specific thing from John’s interview, as per her response below.

As usual, she took it in stride and tackled the confessions with humor. In terms of John’s interview, he said that while Chrissy wasn’t the only reason he chose to stop the cheating, her presence definitely nudged in some way or the other.

Only you can bring change into your own life

Too often, human beings rely on some sort of an external event to motivate them to get rid of their bad habits and pursue good ones. We can’t expect others to do the work for us — it’s very much “me, myself, and I” when it comes to changing and evolving. Sometimes it’s as easy as a lightbulb going off in our heads, and sometimes it’s a years-long process of examining our behavior and taking appropriate measures to address it.

John had to straighten his life and be a man that he himself was happy to be around. Only after he was at peace with himself and he was able to be respectful to other women then he could begin building a life with Chrissy. We can’t expect fulfilling relationships with others before we know for sure we can live up to them. Taking accountability and moving the needle towards change is not an easy road by any means, but as long as we are genuinely trying and we see the value in being better, then it’s always, always worth it.

Quordle: Hit Wordle-style game finds B-U-Y-E-R in Merriam-Webster
7 False Beliefs That Will Keep You Trapped in Your Head Forever
Haute couture goes ‘surreal’ and upside-down at Paris fashion show
Year of the Rabbit: Canada’s animal shelters urge not to adopt bunnies on a whim
The Choice We All Have , But Only a Few Apply It | Joe Dispenza