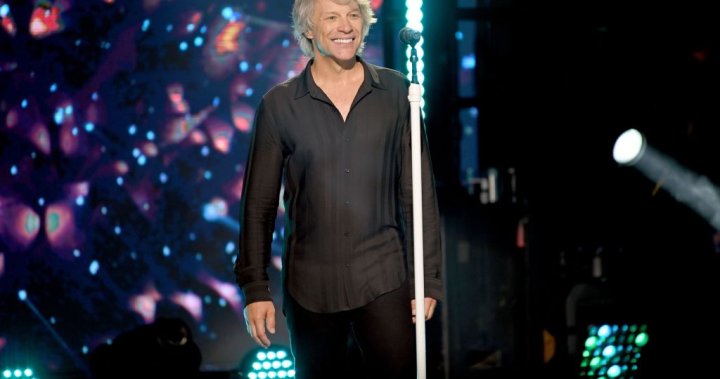 Jon Bon Jovi is back with his 15th studio album called 2020.

The 58-year-old singer-songwriter recently joined hosts Jeff McArthur and Carolyn Mackenzie at The Morning Show to talk about new music.

The frontman for rock band Bon Jovi says he’s toured in Canada several times but when it comes to the future of playing in front of a live audience, he is unsure what the pandemic will bring.

“Nobody might ever tour again is a clearer definition,” the Grammy winner said.

“Who knows what the model will be going forward. Today there isn’t a conversation about how this will take place.”

He added he prefers being in arenas and concert venues.

“For me, drive-in movie theatres is not it.”

On his new album 2020, Bon Jovi said the inspiration for one of his songs came from doing the dishes.

“I’m an excellent dishwasher. … We have three community restaurants and have had the first one over the decade.”

He said his whole model of these restaurants is based on volunteerism, meaning if you can’t pay, you can volunteer your services.

The artist said one of his songs, American Reckoning, was to support Black Lives Matter protests against racial injustice.

“Sometimes you have to say what’s on your mind,” he said.

“The movement, I believe, is really starting to resonate. I was aware of white privilege … and I’m aware it’s America’s reckoning.”

The acoustic guitar-driven ballad, released in July, was made after the killing of George Floyd.

“I was moved to write American Reckoning as a witness to history. I believe the greatest gift of an artist is the ability to use their voice to speak to issues that move us,” the singer said in an official statement earlier this year.

To see the full interview with Bon Jovi in the video above.

— with files from Adam Wallis

These Letters from a Single Mother Will Make You Believe in Love Again | Philicia Baugh | Goalcast
The Most Heartfelt Speech About Being Your Best | Gian Paul Gonzalez | Goalcast
Looking for love? 44% U.S. adults use dating apps to find long-term partners: study
How to Show Up When Nothing About Your Life Is Perfect
Tough Times Don’t Last (Official Music Video) Fearless Motivation