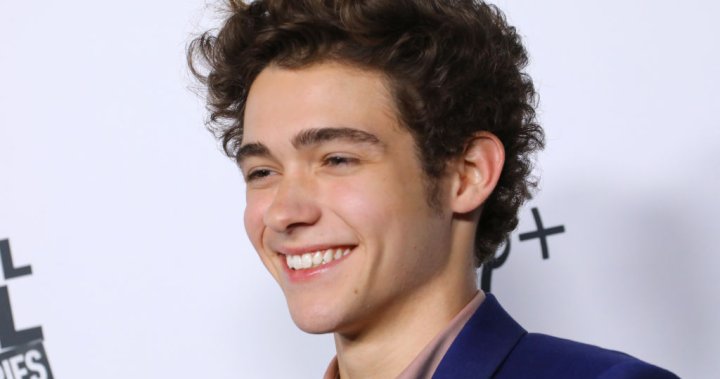 When his grandfather passed away, singer and actor Joshua Bassett says his grandmother gave him his old ukelele.

“I sort of taught myself how to play and that was the beginning of what ended up being my musical journey,” he told The Morning Show.

Bassett says he remembers a period where he realized playing the ukelele was an escape whenever he felt any discomfort or negativity.

“I think that’s part of what made me love music. It’s very healing and I just love it so much,” he says.

On his latest single Only A Matter of Time, Bassett points to the Bo Burnham quote, “Haters gonna hate, lovers gonna love.”

“I think everybody wants to be famous, when they love you until they don’t, and then it’s a little bit harder and seeing your name sort of misrepresented in such a large way, it can always be challenging.”

Bassett adds it’s important for people in any position to not get too attached to what others say.

“Their opinion maybe matters a little bit less and remember not to let it affect you, especially when people are attempting to hurt you,” he says.

4:01
What’s new in March? The latest in TV, movies and music

On the current speculation on whether or not his High School Musical: The Musical: The Series co-star Olivia Rodriguez’s Driver’s License was inspired by him, Bassett says he has seen the discussions.

Watch the full interview with Bassett above.

Haute couture goes ‘surreal’ and upside-down at Paris fashion show
Struggling Single Mom Is Summoned to Courtroom – Judge Issues Her a $350 Fine but Then Changes His Mind
How to Un-Stub Your Toe on the Nail of Life | Eric Bailey Motivational Speech | Goalcast
7 False Beliefs That Will Keep You Trapped in Your Head Forever
This Year, Let Go Of The People Who Aren’t Ready To Love You