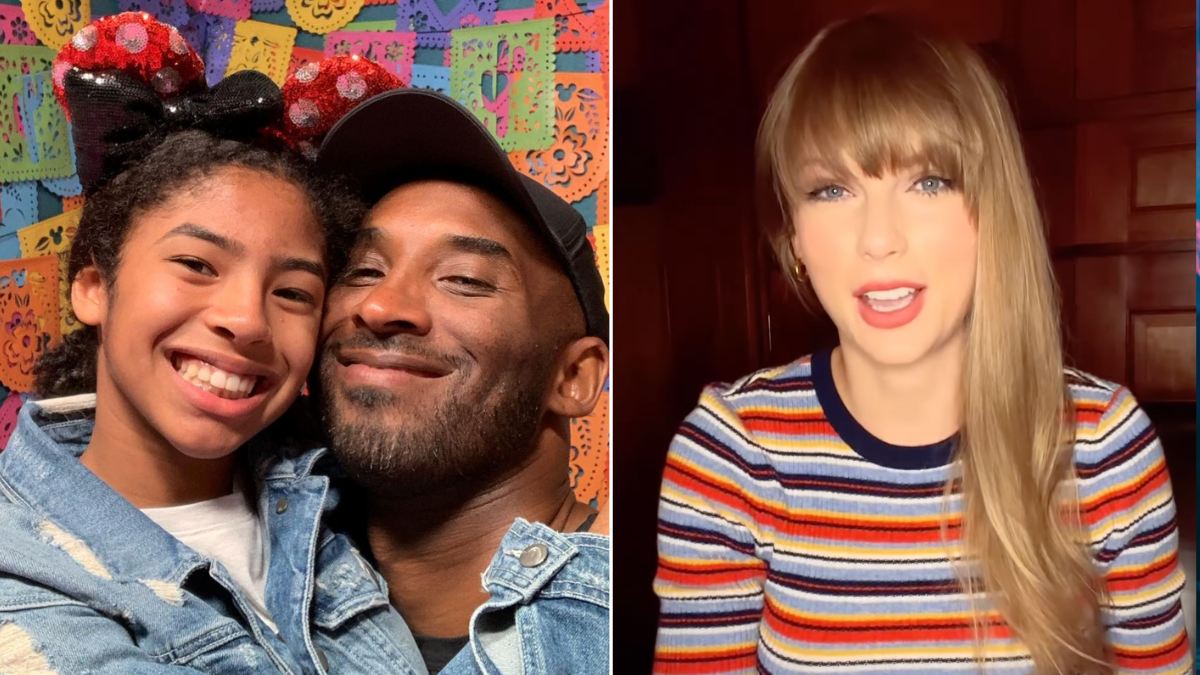 The success of Taylor’s new album drop is sweet and sour for pop star Taylor Swift. After all, it was a short time ago that NBA star Kobe Bryant and his family were jamming at Swift’s Rose Bowl concert in Pasadena.

Bryant, his wife Vanessa and their kids then hung backstage with the singer for pictures and laughs. It would be the last time they would all be together.

RELATED: Just Weeks Before His Tragic Death, Kobe Bryant Demonstrates He’s a Real Life Hero at the Scene of a Car Accident

What many might not recall is the magical moment that Bryant orchestrated years earlier that forged a friendship immortalized in the rafters.

Kobe Bryant’s surprise that sparked a friendship with Taylor Swift

Rewind to 2015, and a 26-year-old Swift was celebrating the success of her 16th show at a roaring Staples Centre. It was also a historic day, marking her 16th straight sold-out show at the venue, setting the record for any artist.

To their surprise, Swift and her fans would have a legend drop in. Surprising her on stage was none other than 18-time All-Star and diehard ‘Swiftie’, Kobe Bryant.

Bryant first reminded Swift that 16 was an important number in Los Angeles. That’s because they had won 16 championships. (They have since won their 17th in 2019).

Then turning Swift’s attention to the ceiling, he revealed his surprise.

“When the most important records are set here at STAPLES Center, we at the Lakers and the LA Kings have a tradition, we raise a banner,” he said.

With that, the spotlight shined on a banner unfurling that read ‘ Taylor Swift – Most sold out performances,’ a success sign that will remain always.

After on Instagram, Bryant posted a picture of that moment with a caption that hit nothing but net.

“Friends hang from time to time but banners hang forever.”

The pop star’s bond with Bryant would stay strong until that sad day. When she heard the news, Swift spilled her heart on Twitter.

“My heart is in pieces hearing the news of this unimaginable tragedy,” she started.

“Kobe meant so much to me and to us all. Sending my prayers, love and endless condolences to Vanessa and the family and anyone who lost someone on that flight,” she added.

It turns out that banners – and bonds – are forever. Swift has remained close to the Bryants even after Kobe’s loss. She gifted his 17-year-old daughter Natalia with the iconic cardigan she donned in the music video for her album Folklore’s lead single ‘Cardigan.’ Both Natalia and Vanessa posted thank you’s on Instagram.

It really shows that Bryant’s legacy will be as much about his heart as his hang time. For all his professional success, watching others like Swift shine clearly meant the most to him. More than the video montages and murals, he’ll be remembered as the superstar who came up clutch when it came to care.

Let that be how we all keep the Mamba’s memory alive.

The Truth Behind Kobe Bryant’s Troubled Relationship With His Parents

The Most Heartfelt Speech About Being Your Best | Gian Paul Gonzalez | Goalcast
How I Stopped Feeling Embarrassed and Ashamed of Being Single
Podcast: What to know about “novelty hunting.”
MASTER SELF MOTIVATION – Les Brown Motivational Speech
Femcels: Inside the enigmatic subculture of involuntary celibate women