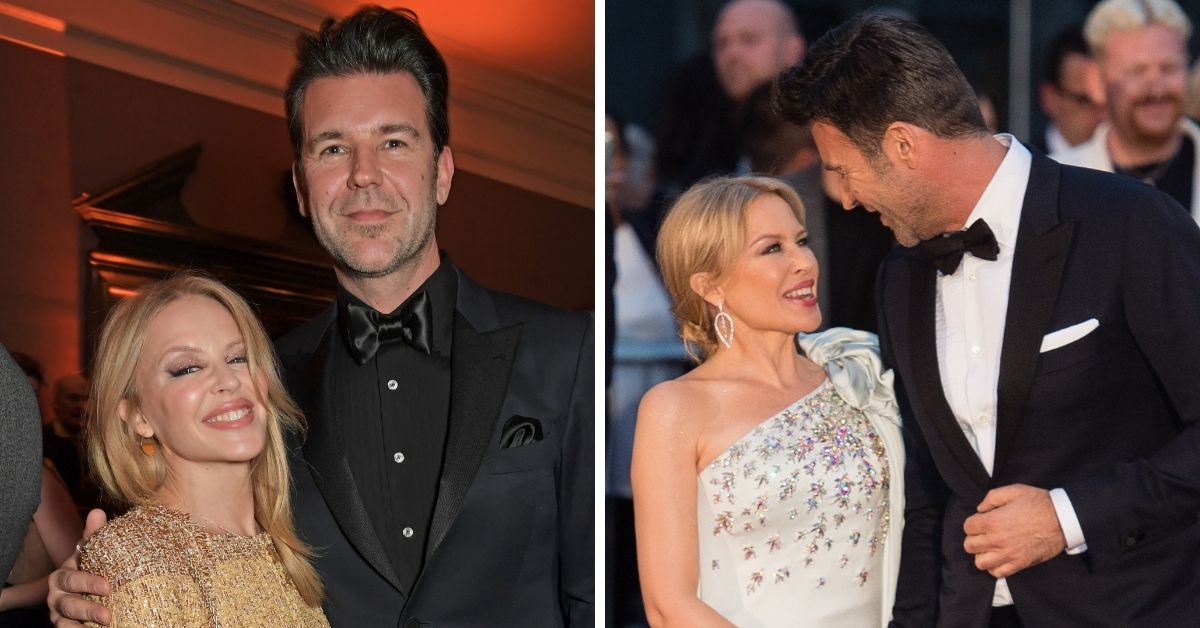 Kylie Minogue has faced her share of heartbreak, but she’s always managed to come out on the other side stronger than before. Whether it was her breast cancer diagnosis or her painful split from fiancé Joshua Sasse, the Australian singer has maneuvered a number of difficult ordeals in the public eye — and spoken about them all candidly.

As Minogue’s fans will know, she hasn’t always been lucky in love and so, when her “superhero,” creative director of British GQ and GQ Style Paul Solomons, came along, she was caught off-guard. But she was ready.

Here’s what Kylie Minogue can teach us about healing a broken heart and the importance of self-care:

It was 2005 when a 36-year-old Kylie Minogue was diagnosed with breast cancer. She underwent a lumpectomy, followed by chemotherapy, which she later compared to “experiencing a nuclear bomb.” She’s been cancer-free since, but the diagnosis “changed everything” in terms of having kids and it’s something she still thinks about. As she told the Sunday Times (via Hello!) in 2019, “I don’t want to dwell on it, obviously, but I wonder what that would have been like.”

Perhaps it was this very thought that she might not be able to have a child that pushed Minogue to do something she never thought she would: get engaged. The songstress met British actor Joshua Sasse in 2015 on the set of TV show Galavant and, after just five months of dating, they got engaged in February 2016. Despite the fact that she “never thought I would get married,” Minogue was ready to go against her gut, but as she learned, that wasn’t a wise decision.

The couple split just one year later in a messy breakup that left Minogue reeling. According to unconfirmed reports, the songstress ended things because she suspected that her fiancé had been unfaithful. One source told The Sun “she no longer trusts him” and that the decision to call off the engagement left Minogue feeling “absolutely devastated, totally heartbroken.”

A failed relationship doesn’t make you a failure

Kylie Minogue would later confess to Red magazine (via the Independent) that in her relationship with Sasse she was going against her inner voice. In an attempt to follow in the footsteps of ‘traditional couples,’ she said ‘Yes’ to Sasse and it backfired.

Just going through being engaged seems like an experiment, because I’d never as a girl or in all my life had a vision of getting married.

Noting “it’s not something I needed or wanted,” she added that she “never had it as a goal,” but she began to second-guess herself. “I thought, ‘Maybe I’ve got it all wrong and I should go for it. Maybe I should do what most of the world do. It works for them,’” she confessed, concluding, “Now I’m going to stick to my previous view. I don’t think marriage is for me.”

That same month, she told Vogue Australia (via Woman) that she also ignored her instinct when it came to the relationship in general.

I think we all know that things were not going great in my relationship, but when you’re kind of deluded and you’re thinking maybe, maybe […] maybe this needs saving. Turns out, it didn’t.

It’s easy to feel as if ending a relationship might make you a failure, but that’s simply not the case. It takes bravery to listen to your heart and make a difficult decision like Minogue did.

There’s no shame in grieving

Kylie Minogue may have known deep down that her relationship with Joshua Sasse wasn’t really right, but the split still took a major toll on her. She admitted to having a “nervous breakdown” following the breakup, saying, “I just wanted to stop. I knew I needed to heal.”

So she flew to Thailand for a week and it provided her with “an opportunity to reclaim myself, get strong and get going.” Sharing her personal approach to overcoming heartbreak, she added, “I can take a nosedive pretty fast, but I won’t stay there long. I’m too practical.”

Realizing that you can’t control everything, Minogue set out to control what she could: her self-care. “You can’t negotiate the downfall of your relationship carefully,” she told Red. “I did have to rebuild myself, physically and mentally a bit,” but at the end of it all, she classified 2017 as “a great year […] because I knew where I stood. I knew what work I had to do and I did it.”

Rather than placing blame on herself or dwelling on the past, Minogue chose to mend her heart, reassess her priorities, and look ahead. Noting that she “learnt a lot about myself,” the singer continued, “Sometimes it takes something like stepping out of your comfort zone, some drama like that, to shake things up.” It also pushed her to ask some important if difficult questions: “‘What do you really want, how did you get here, how do you feel, how are you going to move on?’”

A successful union is one you can feel

While Kylie Minogue was working on rebuilding herself, something surprising happened. It was February 2018 when mutual friends introduced her to Paul Solomons and by July 2018, the “Can’t Get You Out of My Head” singer let the world know they were dating by sharing a sweet snap on Instagram. As she told the Jonathan Ross Show that November, the relationship was “going great,” even if it did catch her off-guard. “Just when you think that, you know, ‘Will it ever happen?’ it came and surprised me,” she said.

Minogue was 50 at the time and, as she told The Mirror, she learned that there really is no age limit to love. “Who says you can’t be soppy and romantic in later life?” she asked. “Particularly when you find such a good and true love!” And although she doesn’t speak about her new boyfriend often — “When something’s precious, you want to handle it with care,” she explained — she did tell the Sunday Times (via Hello!), “I’ve met someone who I feel good with. It feels right.”

People say ‘Your face changes when you talk about him,’ and it does. Happiness. He’s an inspiring, funny, talented guy. He’s got a real-life actual job! It’s lovely.

A truly supportive partner can change everything

Paul Solomons did not enter Kylie Minogue’s life at a great time, but the fact that he was able to handle it without batting an eye proves how strong the couple’s connection truly is. In addition to meeting Minogue so soon after her heartbreaking split, Solomons also had to contend with his new girlfriend pushing herself to the max on tour. She actually had to cancel a number of dates due to a throat infection in October 2018.

As she told The Daily Telegraph (via Daily Mail) in 2019, he was “so supportive” from the get-go. “It was a tough year last year workwise, it was good to have your other half be there,” she admitted, adding, “He flew in on a couple of occasions, like my superhero.”

Speaking with The Sun in September 2020, she added that Solomons “got thrown in at the deep end dating me, like, ‘Now I’m going on tour’. He had to come to the rescue a few times on tour when I was really unwell,” she remembered. “He’d swoop in and hold me in a way that no one else can.”

Allow yourself to grieve but don’t despair

Following her split from Joshua Sasse, Kylie Minogue allowed herself to feel all of her emotions. She took time to disconnect and work through her heartbreak, but all along she knew that she would be alright in the end.

But while she didn’t hold back her feelings, she also knew she’d soon have to put in the work to rebuild her inner strength and mend her heart. She looked inside herself to figure out what it was she really wanted out of love and when it came along in the form of Paul Solomons, she was able to recognize it… and grab it!

This Year, Let Go Of The People Who Aren’t Ready To Love You
The Single Greatest Mistake A Man Can Make | Jordan Peterson
The Walt Disney Company to mark 100th anniversary with new experiences
How to balance social expectations and your budget amid inflation: ‘It’s OK to say no’
Struggling Single Mom Is Summoned to Courtroom – Judge Issues Her a $350 Fine but Then Changes His Mind