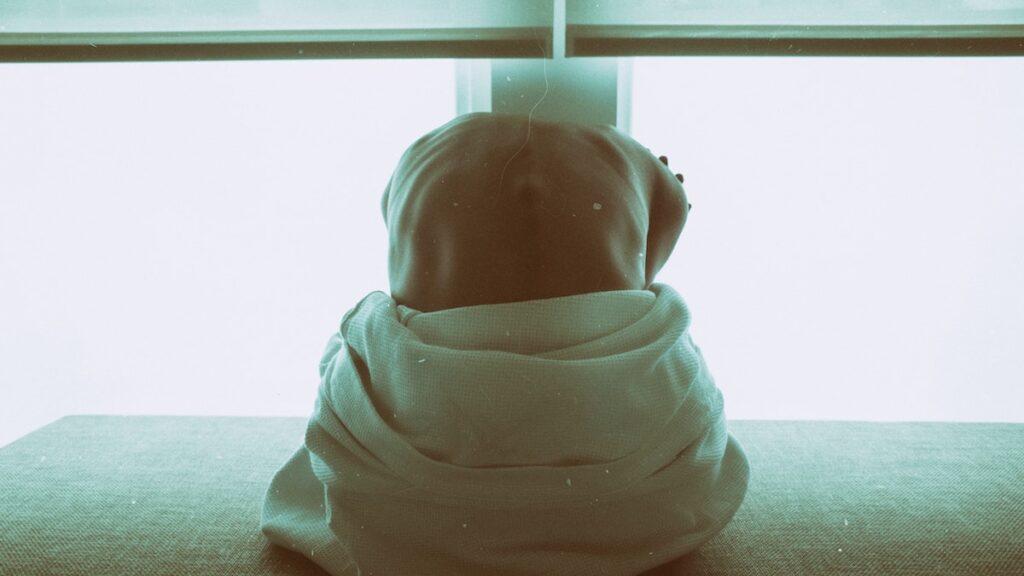 When it comes to sharing the details of your mental health with the world, often there are few things that you want to do less. On the one hand, you want to keep what happened to you so incredibly private because it is no one’s business. On the other hand, once you’ve been through it, you almost have to talk about it for your own healing and the healing of others.

I’ve known this about healing for a little while now. At first, you can feel guilt and shame that doesn’t even belong to you around sharing your story. But in the end, as the phenomenal Dr. Maya Angelou said, “there is no greater agony than bearing an untold story inside you.”

That is why when Lady Gaga spoke of her experience with psychosis after sexual assault on Oprah Winfrey and Prince Harry’s Apple TV+ Series The Me You Can’t See, I was more than moved, I was freed.

At 19, she was assaulted by a producer

Lady Gaga, whose birth name is Stefani Germanotta, revealed on the mental health series that she was sexually assaulted by a male music producer when she was 19.

She recalls the encounter of the alleged assault saying, “I was 19 years old, and I was working in the business, and a producer said to me, ‘Take your clothes off.’”

“I said no, and I left, and they told me they were going to burn all of my music. And they didn’t stop,” Lady Gaga remembers.

The brave singer says, “They didn’t stop asking me, and I just froze and I… I don’t even remember.”

Gaga asserts that she will never name her rapist. She explains, “I understand this #MeToo movement, I understand that some people feel really comfortable with this, and I do not.”

I do not ever want to face that person again.

In the Apple TV+ Series, Gaga further reveals that he “dropped me off pregnant on a corner… because I was vomiting and sick”. Years after the trauma occurred, Lady Gaga reveals that she experienced a “total psychotic break” and also entered into an “ultra state of paranoia.”

When Germanotta had to go to the hospital for acute pain and numbness, she was also sent to see a psychiatrist.

“I [couldn’t] feel my own body,” Lady Gaga describes. “First I felt full-on pain, then I felt numb, and then I was sick for weeks after.”

“I realized that it was the same pain that I felt when the person who raped me dropped me off pregnant on a corner, at my parents’ house, because I was vomiting and sick. Because I had been being abused, and I was locked away in a studio for months.”

Trauma is not just an emotional state

In The Body Keeps The Score: Brain, Mind, And Body In The Healing Of Trauma, author Bessel van der Kolk, M.D. says, “After trauma the world is experienced with a different nervous system. The survivor’s energy now becomes focused on suppressing inner chaos, at the expense of spontaneous involvement in their life.”

Van der Kolk continues saying, “These attempts to maintain control over unbearable physiological reactions can result in a whole range of physical symptoms, including fibromyalgia, chronic fatigue, and other autoimmune diseases. This explains why it is critical for trauma treatment to engage the entire organism, body, mind and brain.”

Mental health is physical health. I have said that before and I will say it again, most likely many times over. Many people treat the entire mental health field as through it is the enigma of medicine. In reality however, the mind is within the body, therefore many of the rules that apply towards healing the body are the same for the mind. I know this because I also had a psychotic break after sexual assault, and I had to apply these concepts towards healing my mind in order to return to a place of stability. Or better yet, a place of sanity.

When I was 22, I was sexually assaulted by a stranger in a club. After that incident is when I felt my brain literally change. I was diagnosed with PTSD less than a year later.

I was then raped by the man that I had just begun dating when I was 23. He was originally my lecturer during my final semester of undergraduate studies, and after graduation we began to see each other. On one sunny Sunday morning in June, he raped me, and by the time I was tucked neatly in bed at home after the assault…I had forgotten the rape had even occurred.

I continued to see my rapist, but thankfully I was registered for postgraduate school across the ocean in London, England, so our relationship continued from a distance. It took years to cut the cord on our connection, but I finally did it after I recalled the memory of the rape 3 years after it occurred.

The reality of psychosis

Bessel van der Kolk, M.D. also says in The Body Keeps The Score that, “Some people simply go into denial. Their bodies register the threat, but their conscious minds go on as if nothing has happened.”

The thing is, as Van der Kolk also says, “But the body continues to keep the score.”

I liken experiencing a psychotic break to entering “the rabbit hole.” At some point, the effects of trauma that have yet to be unpacked push you down a slippery slope that is hard to climb out of once you have even a toe in. The suction of a psychosis is so powerful that it can create some form of a temporary cyclone raging havoc on your mind, body, spirit and life in general.

A psychotic break is different for everyone, as everyone has a unique mind, but one thing that is in common for everyone is that in some way they have been pushed far from the boundaries of reality. And even if it is just for a moment, after you are in that state, often nothing about life can ever truly be the same again.

You become a new you at some point. Your old mind becomes replaced with a temporary one, then the recovery one, and then finally the new you.

I had to put in a lot of work to overcome experiencing a break from reality in my life. One of the greatest myths is that you cannot recover after psychosis, but you can. My mantra the entire way through was, “I can recover, I will recover.” I believed that I could, I put in the work, and I saw the results. Isn’t it interesting that the same concepts apply towards physical ailments? And yet, most people choose the outdated belief that once you have experienced a psychotic break, you can never recover.

Well, Lady Gaga is proof. I am proof. This article is proof. At one point, right around the time I finally recalled the rape, I was so traumatized by my experiences that I could barely even write a word. I could barely even speak. I was hospitalized for mental health reasons and the institutionalizations made my PTSD worse. I went into such a dark place, but I recovered through a combination of therapy, modern medicine, research, advocacy work, and various art therapies.

Now I can speak openly about what I have been through. Now I can write openly about my life. It took a lot to get to this point, but just as Lady Gaga says, “you can come back from things like that, but when it hits you really hard, it can change you.”

While living with PTSD is no walk in the park (unless that’s where a flashback takes me), I love my mind. I know the depths it has been pushed to, gone to, and come back from. I see how far I have journeyed from the days where I could only make baby steps, to now functioning at a capacity that is as good, if not better than, before my experience with psychosis.

When something traumatic happens, that moment can act as a turning point for change. It can become a marker in your life that you cannot unsee because the pain you experienced was so visceral and downright wrong.

Just remember, that if you are experiencing mental health issues, you are not alone. If you are willing to put in the work to resume living a balanced life, it is possible to find stability and peace again. Reach out for help where you need it as most of us need to lean on our support systems where and when we can. Lastly, and possibly most importantly, remember that you can reclaim your mind even if it temporarily escapes you.

When a Hollywood A-lister like Lady Gaga reveals that she experienced a psychotic break after a sexual assault, then those who have experienced the same can feel less silenced. Even if it is not their voice on that recording, it is a story that they in some way, shape or form can relate to on a deep level.

Lady Gaga demonstrates what it means to be a survivor. Despite fighting back tears and clearly distressing emotions, Gaga opened up her trauma for the world to see. While the answer in how to reclaim your power is different for everyone, just knowing that it is possible to get to that place is a win in and of itself.

After hearing Lady Gaga speak, and publishing my own book about my experiences, I can relay that expressing yourself is a key factor in healing from trauma. When I both hear of similar experiences and express myself, I feel freed and further enlightened.

In order to maintain the mind, it is important to prioritize mental health. We all go through different experiences at different times. Whether we identify as having experienced trauma or not, or being a member of the mental health community or not, we all know what it’s like to overcome obstacles.

When it comes to a mental block standing in your way remember, “I can recover, I will recover.” And then, put in the work and follow through. There is no greater cause than championing the wellness of your own mind, and there is no greater reward than seeing the progress within you.