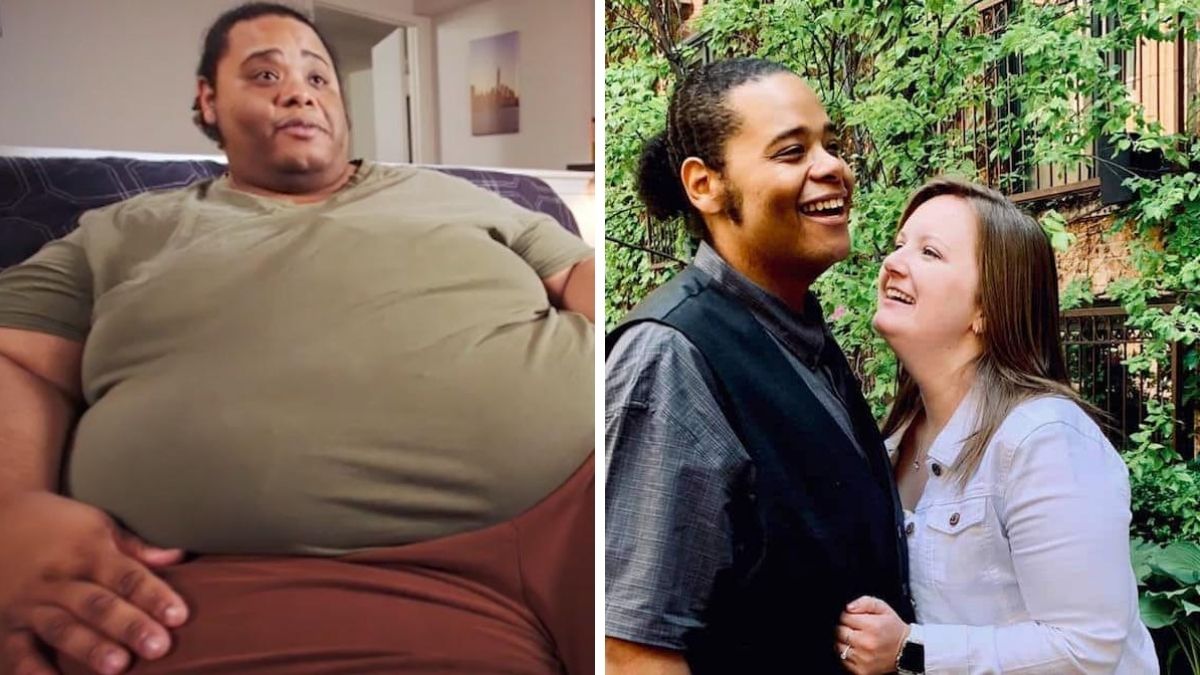 Will power is within us all, it is just a matter of tapping into our innermost motivations to keep the fire ignited that keeps that will power going. When it comes to a lifestyle overhaul as significant as losing over 400 lbs, an outsider might wonder the “how,” “what,” “when,” “where,” and most often the “why” of it all. For Brandon Scott, love was at the epicentre of his decision to lose weight. It was Brandon’s love for his now fiancée Tayler Kunce, and his love for music, that drove him to commit to a healthier lifestyle for good.

When Brandon embarked upon his weight loss journey, he weighed 718 lbs. He had developed a problematic large lymphedema mass on his leg that made it difficult to both walk and fit in cars. Not only was Brandon’s health and quality of life on the line, but his music teaching career and relationship to Tayler became threatened by his food addiction as well. Recognizing that it was time for a change, Brandon made it happen.

Brandon had 3 goals and he accomplished them all

The Season 7 My 600-Lb Life alum Brandon Scott wanted to pursue three goals at the start of his journey. The first was lose weight, the second was get serious about his music career, and the third was to take the next step with his girlfriend Tayler Kunce.

With Kunce by his side, Scott successfully took on all three goals. He lost over 400 lbs by overhauling his lifestyle for healthier food choices and exercise. Meanwhile, Brandon was dedicating himself to his craft as a musician. Then finally, on a trip to Chicago with Tayler, Brandon asked her what he says was “the most important question of my life,” if she would do him the honor of being his wife.

“My plan for the proposal is, start the day off with a little bit of a walk around the city and go out to lunch afterwards,” Brandon describes. “Once we get in the courtyard, there will be a keyboard set up for me there and I’m assuming that Tayler will believe that’s from a previous event, and then I’ll go ahead and start the song.”

It played out like a fairy tale. Kunce and Scott sat down in the courtyard and Tayler asked Brandon to “play one of your originals.”

In a song especially written for the occasion, Brandon asks in the lyrics for Tayler to “take another step.” The lyrics to Brandon’s proposal song continue saying, “I want to see you walking down the aisle, won’t you let me be your man,” he serenades.

“I want to build a home together, I want to start a family. I want to be with you forever,” Brandon continues.

Tayler’s family then gathers behind her as he sings, “Don’t you know I prayed for this life? You stuck with me right through my darkest moments.”

Then finally after everything the couple has been through together, Brandon pops the question in song asking Tayler, “Will you be my wife?”

Tayler, Brandon’s partner through all of the ups and downs, then gets up, gives him a kiss and a hug. And with that, Brandon and Tayler were officially engaged.

He had to change for the right reasons

While Brandon was on My 600-Lb Life, he revealed that he was not ready to ask Tayler to marry him yet because he was concerned about the life that he could provide as a partner. He feared that she could only look forward to a life with him as his caretaker and that was not the vision he had for their lives. Now the two have taken the official step forward in their relationship, and Brandon has not only seen success with all three of his goals, but he is living out his dream.

Sometimes it takes overcoming what seems like insurmountable challenges in order to live out your destiny, whatever that may be. For Brandon, he knew that he loved Tayler and he wanted to give her forever, he just didn’t want to give her a certain type of forever. Brandon also knew that he needed to lose weight to pursue a career in music, and by the looks of his Instagram, he has been gracing microphones with his vocals on the regular.

Living out your dream is not something that we do when we are sleeping but while we are wide awake. Brandon Scott poured sweat and tears into his weight loss transformation and ultimate lifestyle overhaul. He was motivated by love and is now submerged in the life that he once saw as being out of reach.

All it takes is one step

Strive for what you want in life but remember there is a process to getting there. Be patient with yourself along the journey in making your visions come to fruition. The beginning step though, that very important early step is knowing your “why.” For Brandon, his “why” was love, and every day now he gets to live a life that used to just be an image in his mind.

Will power can carry a person further than many may think. What you believe is impossible may actually be attainable with your will power ignited. And, what you think may never be in the cards for you, could really in fact, be right within reach.

Service Dog Stays at Hospital With His Owner 24/7 — While Nobody Else Was Allowed to Stay
New Barbie Doll Honours First Black Aviator — Inspires Youth to Take to the Skies (PHOTOS)
How I Stopped Feeling Embarrassed and Ashamed of Being Single
Tough Times Don’t Last (Official Music Video) Fearless Motivation
‘It was my heart’: Women with heart disease face barriers to care in Canada, report says