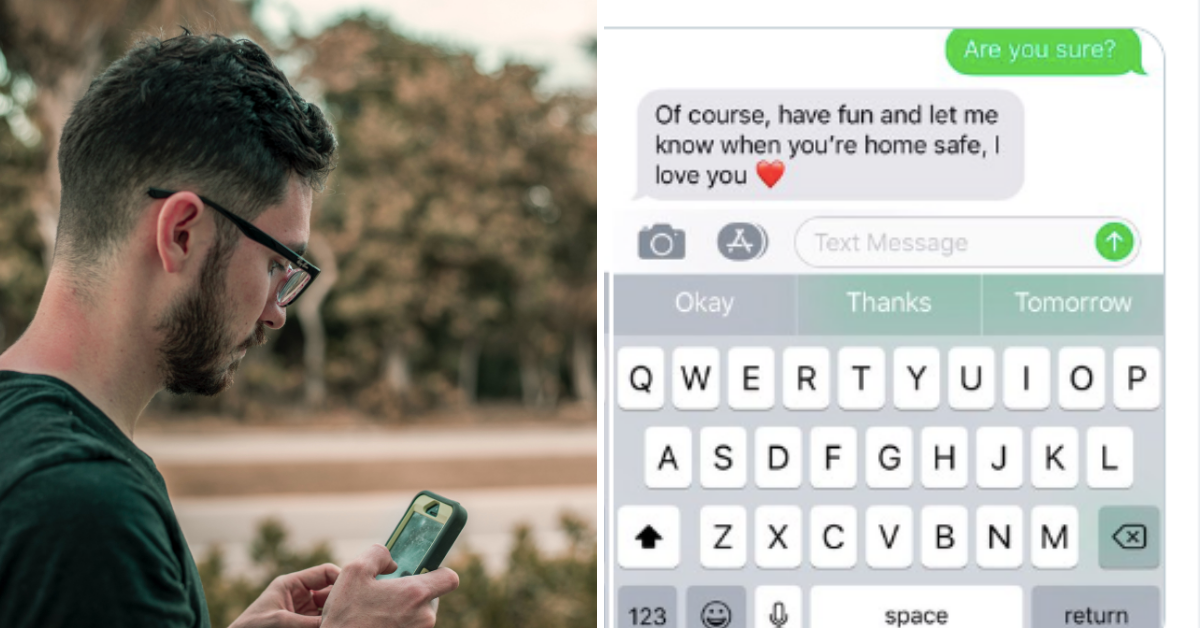 One of the biggest keys to any relationship is trust. Another is communication. With communication and trust we allow our partner to feel supported and, ideally, loved.

Twitter user May Larsen knows this well. She shared two screenshots of two different men she dated in a post that has since gone viral. In one, the man demonstrates a lack of trust and is clearly toxic. The other is trusting, which showed Larsen what a healthy relationship can really look like.

A clear example of a toxic relationship

Larsen was out one day with some friends when the guy she was dating asked where she was. When she responded, he absolutely lost it and told her not to cheat.

“Wow, well have fun,” he wrote. “Thanks so much for just now letting me know. Try not to cheat on me. Night.”

After she questioned this, he aggressively wrote: “I said night.”

‘Difference between a boy and a man’

Fast forward and Larsen was seeing a different guy.

Yet again, Larsen was out and about — at a party this time — and didn’t tell the guy. Instead of being upset that she didn’t tell him where she was, the new guy had a very mature response that made the previous boyfriend seem truly toxic.

“[T]hen you can just call me and talk later okay,” he wrote.

“Are you sure?” she responded.

“Of course, have fun and let me know when you’re home safe, I love you,” he said with a heart emoji to polish it off.

Larsen shared both text message conversations in a Twitter thread that has been liked more than 65,000 times.

Difference between a boy and a man. pic.twitter.com/2iwE9jDEKY

Healthy relationships are built on mutual trust and respect

It’s a no-brainer to see who here demonstrates alarming red flags and who shows signs of healthy attachment.

The new guy showed that if you aren’t overly controlling, and if you show trust, your partner will appreciate it. And if they don’t and cheat anyways, well, perhaps they were the problem to begin with.