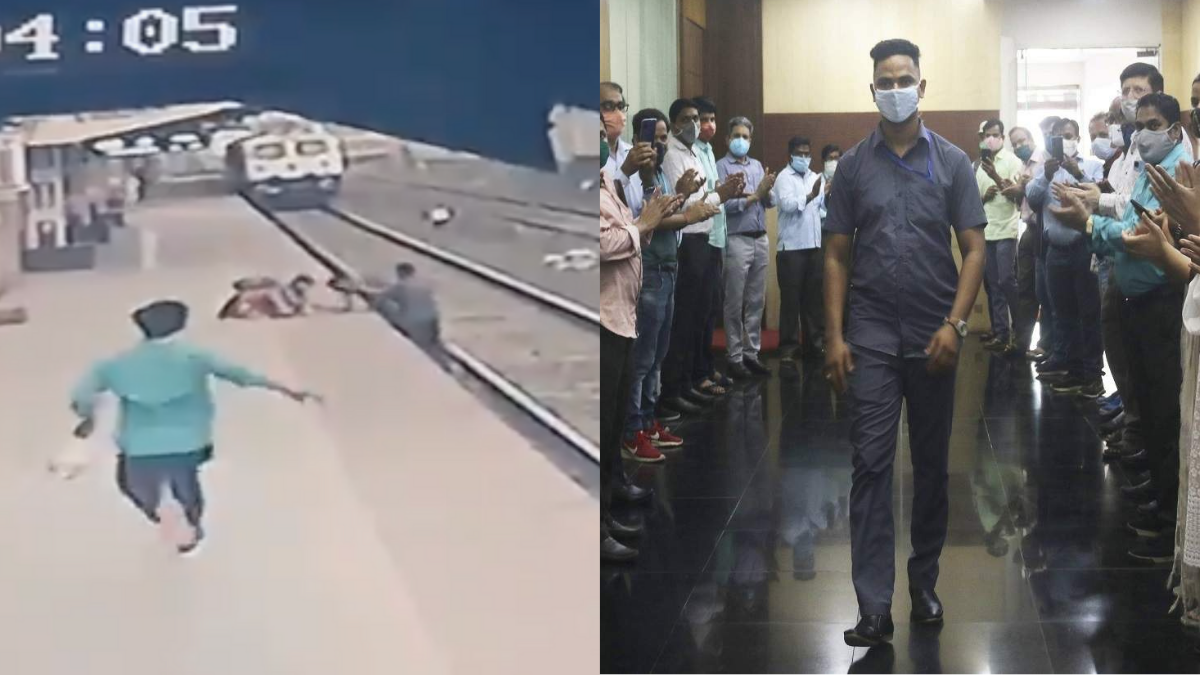 Every parent’s worst nightmare nearly occurred in a railway station in Mumbai, India, when a child fell onto the tracks as a train approached. Seconds before the train reached the station, a man sprinted down the tracks — saving the child before it was too late.

Security footage from India’s Ministry of Railways shows a heart-gripping scene. In it, a child is holding hands with an unknown adult before veering towards the train tracks. Shockingly, the child falls in and struggles to get back onto the platform.

Painful seconds tick by as the adult that was holding the child’s hand reaches out to them — but doesn’t get close enough to help the child up.

Then, seemingly out of nowhere, a man sprints along the tracks as the train comes closer and closer. The man quickly tosses the child back onto the platform and hauls himself up just seconds before the train reaches the station. Both of them were unharmed.

The Ministry of Railways shared the footage in a tweet, which now has more than 20,000 likes.

In a press release, the ministry thanked the hero — pointsman Mayur Shelke — for his selflessness:

“Shri Mayur Shelke, pointsman posted at Vangani Station, Mumbai Division, Central Railway, has displayed exceptional courage in saving a precious life by rescuing a child who had accidentally slipped and fallen on the tracks from the platform.”

The ministry added that Shelke saved the child “in absolute disregard for his own life,” and awarded him 50,000 rupees ($675) for his act of “courage, bravery, and presence of mind.”

The ministry also shared a video that shows Shelke receiving a standing ovation and being photographed by the media.

He risked his life for a complete stranger

What Shelke did took an unfathomable level of bravery. Not only did he risk his life, but he did so for a complete stranger.

If a stranger was able to take that level of risk for another person, what small level of bravery can we show others in our own lives when the opportunity arises?

How to Un-Stub Your Toe on the Nail of Life | Eric Bailey Motivational Speech | Goalcast
The Choice We All Have , But Only a Few Apply It | Joe Dispenza
7 False Beliefs That Will Keep You Trapped in Your Head Forever
Beyond Dry January: 5 Benefits of Extending Your Break from Alcohol
The Single Greatest Mistake A Man Can Make | Jordan Peterson