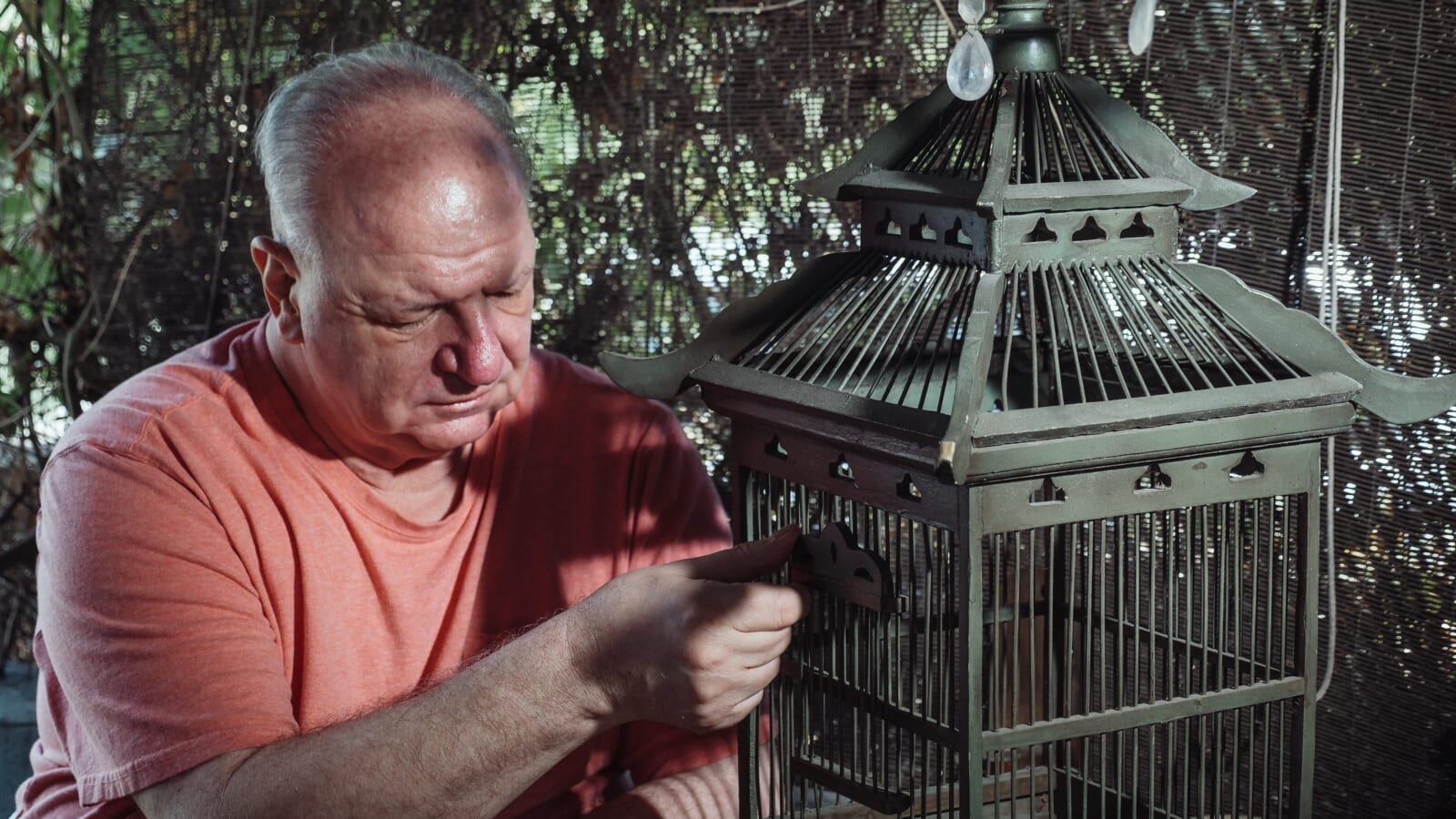 Watching a parent’s mental state disintegrate in front of you is beyond hard. And, unfortunately, it’s a lot more common than we think.

That’s perhaps why one TikToker’s video explaining to her father who she is to him has resonated with so many people and is giving families everywhere hope.

Over the summer, a woman named Bailey posted a video of her chatting with her father, Scott. Scott has a form of dementia known as Wernicke’s encephalopathy, caused by alcoholism. Scott lives with Bailey following an accident, and as she showed in the video, some days can be more challenging than others.

The video opened with Scott struggling to hear Bailey call him ‘dad.’ When Bailey asked why he said he doesn’t see himself as her father, but he could still tell she meant something to him. “I know this girl, this lady. She means something to me in life,” he explained.

Rather than take it personally or get down about her father having a bad day, Bailey rolled with it. “I guess it really doesn’t matter who you feel I am. As long as you feel safe around me and you know that I love you and you love me, that’s okay with me,” she said.

RELATED: Man Diagnosed With Alzheimer’s Disease Defeats the Odds and Graduates From University at Age 84

“In my mind and in my heart, you’re my dad, and you will always be my dad,” she continued after Scott agreed that he did indeed feel safe around her.

“That’s just what I’ve always called you, is Dad. But if you’d like me to call you something else, I will if it makes you more comfortable. I can call you Scott. How about I just call you Scott then, and you call me Bailey?” She suggested.

Scott agreed but also iterated how he didn’t want to hurt Bailey.

“That doesn’t hurt my feelings at all; I love you, Scott,” she wrapped.

So far, the video has been liked more than two million times and shared around the internet. Many people chimed in on the comments to share their stories of parents with dementia, while many praised Bailey and Scott for their excellent communication skills.

“His emotional intelligence is so profound to witness, even as physical memory changes form. Thank you so much for sharing,” wrote one person.

“I’m a dementia nurse, and this conversation is just beautiful.. you’re doing a great job. Keep going, lovely; I know it hurts,” added another.

The video is just one of several Bailey has posted on her page, however, as she continues her journey with her father. According to the social media user, both she and her sisters are her father’s primary caregivers.

RELATED: Married Man With Alzheimer’s Forgets He Was Married – Falls in Love With Wife Again and Proposes to Her

Scott came to live with Bailey last February following an accident. At the time, she organized a GoFundMe to help with the costs as she already had her mother under her care.

“His apartment is destroyed, and everything in it is gone. He has nothing to his name. I am asking for your help because he has no insurance, and his medical bills will be astronomical,” Bailey wrote.

“I’m also asking for fundraising so I can get him everything he needs to be comfortable. This was very unexpected and all I have is a bed for him to sleep in. I love my dad, with his brain damage, he will no longer be able to work. His short-term memory is dwindling and I want him to be comfortable for the rest of his life.”

While this story is sad, it’s also uplifting in the way Scott and Bailey can communicate with each other and sometimes share unexpected memories or conversations in the process.

It’s not ideal, but Bailey is proving that sometimes if you try to find the positive in a situation and consider someone else’s needs, your needs may also be met.

If you’re dealing with a similar issue, Bailey’s story hopefully gives you hope as it has to so many others. For those who still have healthy parents, this story is also a reminder to appreciate what you have and to hug those people tight.

Love comes in all forms, but unconditional family love is something many will feel to their core forever. Remember that now; it could pay off when you least expect it to.