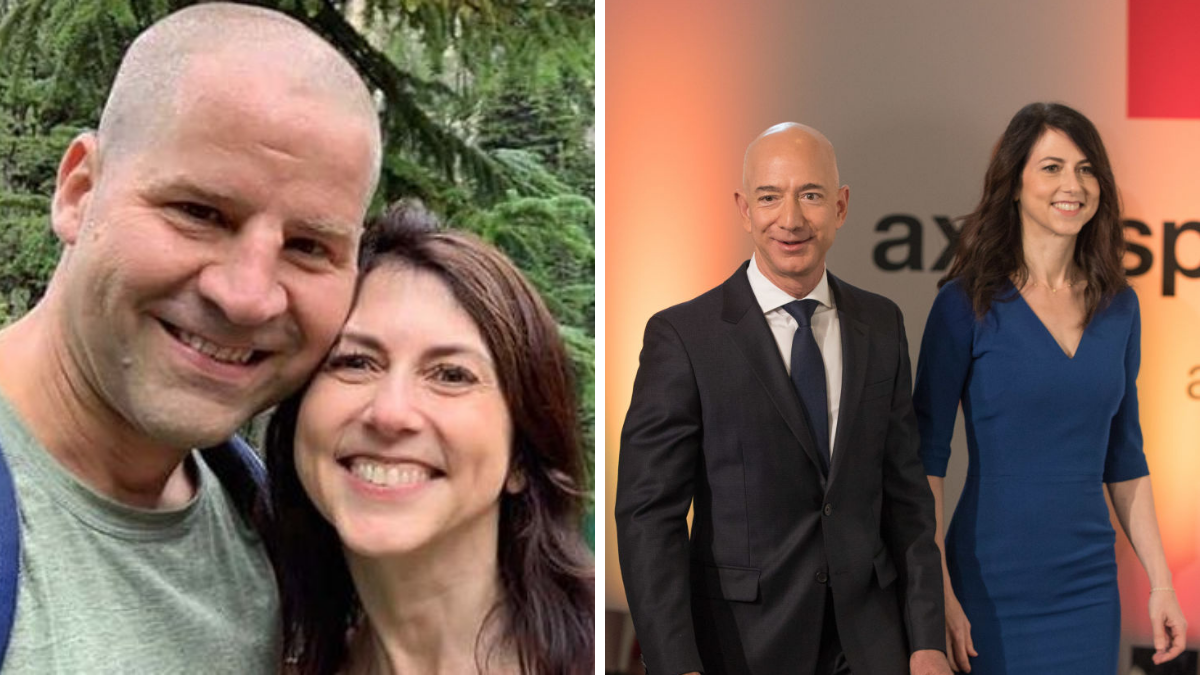 Following her divorce from Jeff Bezos, the world’s second-richest woman has remarried. While we know Mackenzie Scott, let’s take a closer look at the man who won her heart.

He taught at a storied school

Its mission is “to develop in intellectually capable young people” the skills needed ” to contribute wisdom, compassion, and leadership to a global society.”

Its alma mater includes Bill Gates and Paul Allen, two childhood friends who would eventually go on to create Microsoft.

The prestigious school also recently taught Mackenzie Scott’s capable young kids. It is through them that she met Jewett. The two hit it off and the rest is history.

Curiously, Jewett announced the marriage on the Giving Pledge website, where the ultra-rich — like his wife — pledge their fortunes to charity.

Jewett states that while he might have modest means, he has a big heart.

“I have been a teacher for the majority of my life, as well as a grateful student of the generosity of those around me”

For Jewett, this means “passing on resources of all kinds—from time, to energy, to material possessions—when I have had them to give.”

His struggles inspired him

Although mostly quiet on his romantic and personal life, he alluded in an online post to “challenging times” and his diverse group of friends.

He mentioned the “kind people in my life who supported me through challenging times, showed me grace when I was at my worst, befriended me despite our differences, and offered me a home when I had none.”

Their kindness has inspired him to pay it forward to others.

“He must be a great guy, it’s obvious she didn’t marry him for his money,” one commenter said sarcastically.

Another chimed in: “He wasted no time putting a ring on that incredibly wealthy finger. I am sure it was just for love.”

Regardless, Jewett definitely knows how lucky he is, and it has zero to do with dollars.

“And now, in a stroke of happy coincidence, I am married to one of the most generous and kind people I know”

He might not billionaire, but Dan Jewett shows that being complex and compassionate can be worth its weight in gold. By that logic, Mackenzie Scott has struck it rich.

The Most Heartfelt Speech About Being Your Best | Gian Paul Gonzalez | Goalcast
How a social media group dubbed Mom Jeans is helping people fight inflation
Service Dog Stays at Hospital With His Owner 24/7 — While Nobody Else Was Allowed to Stay
Looking for love? 44% U.S. adults use dating apps to find long-term partners: study
If You’re Feeling Judged: One Thing You Need to Understand