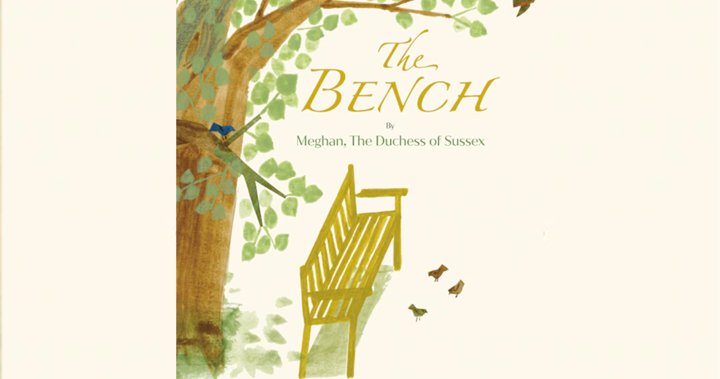 Meghan Markle announced on Tuesday that she’ll be publishing a children’s book based on her husband, Prince Harry, and their son Archie.

“The Bench started as a poem I wrote for my husband on Father’s Day, the month after Archie was born. That poem became this story,” said Markle in a statement.

“My hope is that The Bench resonates with every family, no matter the makeup, as much as it does with mine.”

Harry and Markle took a step back from their roles as working members of the Royal Family in 2020. After a short stint in Canada, the couple moved to California where they live with their son.

On March 7, during a wide-ranging interview with Oprah Winfrey, the couple detailed their decision to leave Britain, and chronicled their time living at Frogmore Cottage.

Facing extreme scrutiny from tabloids perpetuating false stories about her and Harry, Markle said she was suicidal. When she sought help, she said she was ignored. Markle also said there had been conversations with unnamed members of the family who expressed concerns over how dark she and Harry’s then-unborn son’s skin might be.

(A day after the interview aired, Winfrey clarified on behalf of the couple that the Queen and Prince Philip were not part of those discussions.)

At the end of the interview, Harry said he loves his brother Prince William “to bits,” adding that they have “been through hell together.”

“We have a shared experience, but we’re on different paths,” he said.

Harry said William, as well as his own father, Prince Charles, are “trapped within the system.”

2:31
‘Harry should be here’: Britons react to news Prince Philip’s grandson to return for funeral


Harry and Markle have rarely been out of the spotlight since the interview aired. In that time, Harry has landed two relatively prestigious jobs, and all eyes were on him as he returned to England for Prince Philip’s funeral in mid-April.

Markle has had issues with her own father, Thomas, who has famously given interviews about his daughter on multiple British news programs. The two have been estranged since her marriage to Harry in 2018. Thomas, a former lighting director for U.S. TV soaps and sitcoms, pulled out of the wedding days beforehand after undergoing heart surgery.

He said his daughter had let him down while he was ill in a March ITV interview.

“I also feel that she let me down,” Thomas said. “I was in a hospital bed the last time we talked and we I never heard from them again — they didn’t care if I died.”

Asked about the Oprah Winfrey interview, Thomas said “they went way over the top,” and should have waited, considering that Queen Elizabeth’s husband Prince Philip was in hospital at the time.

Markle, who is currently pregnant with her and Harry’s second child — a daughter — is not the first royal to venture into the world of children’s literature: Prince Charles wrote The Old Man of Lochnagar based on stories he used to tell his young brothers, while Sarah Ferguson, the Duchess of York, has also written a number of children’s stories.

You can pre-order Markle’s book via Indigo Canada.