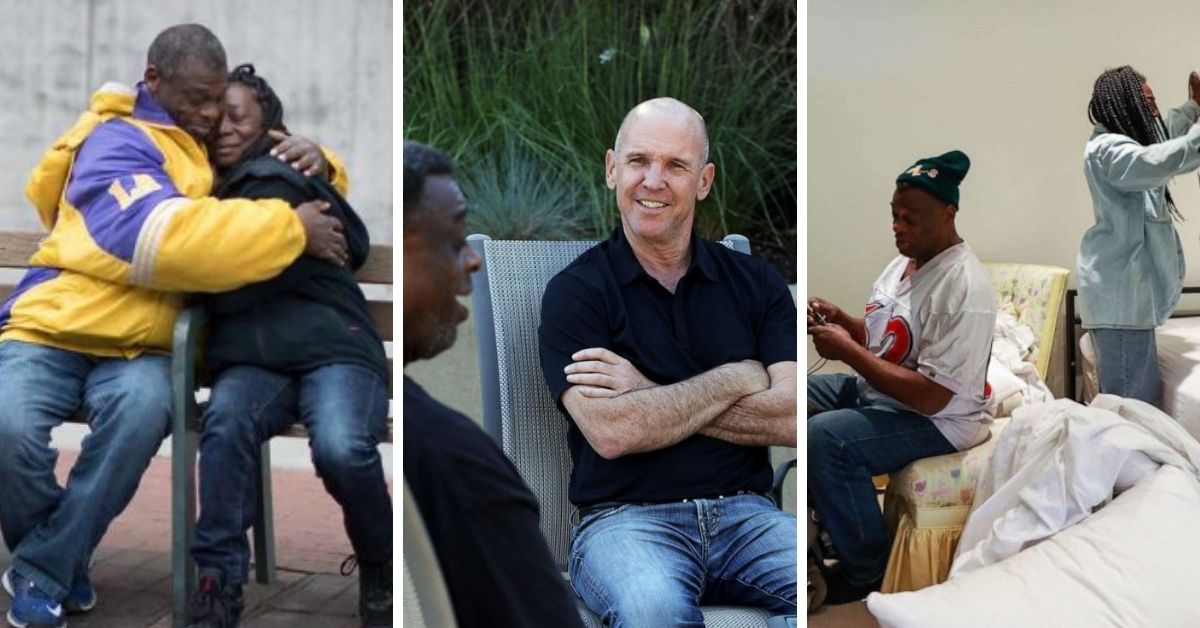 For a decade, Greg Dunston and Marie Mckinzie lived on the streets of San Francisco’s Oakland suburb before they finally found a home in the most unlikely place.

A multi-millionaire Bay Area homeowner Terry McGrath decided to improve their lives by making them a part of his. In doing so, he hoped to prove one thing: homelessness is not contagious.

His bold act of kindness attracted a lot of attention–and not all of it was positive. Despite it all, Terry never flinched in his conviction.

Terry was done looking the other way

San Francisco is known for its stark divide between rich and poor. It houses more billionaires than any other city, while simultaneously having more than 8,000 homeless people.

“You have people able to purchase multimillion-dollar homes in cash and then you have people who don’t even have enough money to eat on a daily basis. Who sleep in the same clothes in rags, they sleep in doorways and parking lots next to dumpsters,” Otis Taylor, a journalist with the San Francisco Chronicle told ABX.

Greg Dunston was a former security guard who got injured on the job. Marie used to be a cashier and a certified nurse assistant. For 10 years, they had been struggling on the streets, never losing the hope that one day they’ll find a way out.

“I don’t want to live on the streets. A lot of people
do, but I want to get in,” McKinzie said. “I love to cook a lot, so I
wanted a kitchen, bed and shower.”

When Terry heard of their struggle, he was immediately struck by their resilience and the love they had for each other.

The thing that struck me and got me right away was the love between Greg and Marie and how it was able to survive in probably one of the harshest environments on earth. I could feel it.

Instead of looking the other way, which is the instinct so many people have, he decided to open his home to the couple.

From the streets to a $4 million mansion

Terry met with Greg and Marie and Otis Taylor, the journalist who reported their story at a cafe. “There was no decision, there was no thought, there was no judgement. I was just like ‘this is done,’” Taylor recalled. “I didn’t vet them. These are human beings and they’re not serial killers. They want to get in out of the weather. They want a roof over their head. They want to be warm.”

Greg and Marie went from living in the San Francisco streets to moving into a $4 million mansion in upper-class East Bay neighborhood of Piedmont with.

The unit had previously housed Terry’s children, relatives and one intern. After his divorce, Terry had plenty of room in his home. But despite Greg and Marie’s determination to make a life for themselves, their move was not met with complete approval.

His neighbors did not approve–but Terry didn’t care

However, the move was a process, and as the neighbors in the ritzy area adjusted, there were some hiccups along the way. As Otis Taylor pointed out, Piedmont’s residents are 74 percent white, 18 percent Asian and less than 2 percent black, so it took some adjustment.

You have two black people sitting on the steps, people are driving by, you get homeowners looking out the window. That is unheard of in Piedmont.

Some neighbors even tried to call the police on them! “I just pulled into the driveway and there’s some strange folks hanging around the house,” one neighbor admitted.

“I got a call at 9:30 at night on my cellphone — I
thought she was calling about organizing the neighborhood summer block
party,” McGrath said of one of the first responses. “I realized when
she mentioned the word ‘situation’ that she was referencing Marie and Greg. And
I said, ‘What situation?’ Are they vandalizing cars? Are they burglarizing
homes?’”

I just said, ‘This is one of the most offensive conversations I’ve ever had.’

They became his family

Homelessness doesn’t just disappear because you don’t want to see it. Terry now considers Greg and Mary to be his family.

“They’re like family. There’s no way I’m going to let them go back to the street,” he said. “Most people who know me well know it’s easy to start and it’s hard to finish. And I’m never not going to finish.”

Leading with compassion opens doors for others but also for yourself. Terry changed the lives of Greg and Marie, but also his own. Sometimes, all it takes is to look beyond ourselves and extend kindness when we can.

Looking for love? 44% U.S. adults use dating apps to find long-term partners: study
These Letters from a Single Mother Will Make You Believe in Love Again | Philicia Baugh | Goalcast
Femcels: Inside the enigmatic subculture of involuntary celibate women
Woman Realizes the Homeless Man She Bumped Into Is Her Childhood Friend – Does Everything to Get Him Back on His Feet
Kentucky Woman Gets Unbelievably Lucky at Her Office’s Christmas Gift Exchange — Now She Can Afford to Send Her Kids to College