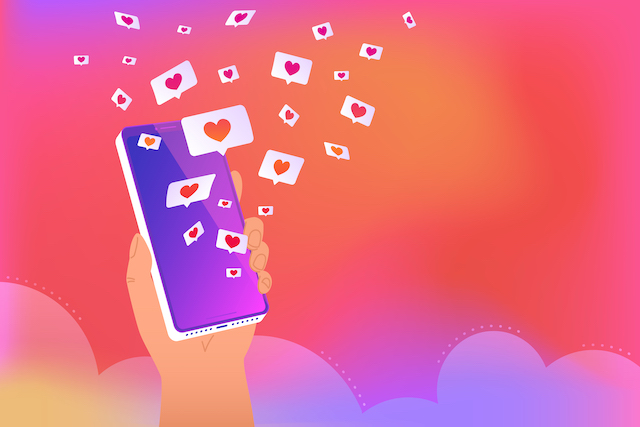 “Being attracted to someone’s way of thinking is a whole different level of attraction.” ~Unknown

I have been divorced for ten years now and thought it would be fairly easy to find “the one” once I was set free from the ties of the wrong one. To my surprise, it has been harder than I thought it would be. I have found many but not “the one.”

I have been on Match, Bumble, Plenty of Fish, and blind dates, and even dated a longtime friend to only find myself single going into my fiftieth year on this planet. It has taken me a long time to figure out what I have been doing that has attracted what isn’t right for me.

With all three partners there was one common denominator: I put a lot of energy into my looks to connect with them. In other words, I wasn’t an innocent party in these crimes of the heart. I got charged when a man was really turned on by me. I was addicted to someone wanting me. I needed to be desired.

These men were overly visually stimulated and easily physically distracted. They all fixated on my physical and tolerated my mental. I never had a friendship with any of these guys. I had lustship.

They questioned my deep, soulful emotions. They turned a cheek to my equanimity mindset. They made a face to my immense empathy. They shrugged at my compassion toward others.

After my last relationship ended, I made an oath to myself. I was going to be celibate and single until I turned fifty. I had been holding onto a really nice bottle of champagne, reserving it for a special occasion. I went to the fridge with a sharpie and wrote, “Drink October 2021.”

One restless Monday night, I decided to write out who I was and what I was looking for. I started writing with the mindset, “If I were going to go on a dating site . . . this is what I would write” sort of thing.

As I was writing and reading and editing, I started to really like what I was reading. I thought to myself, “Damn—I am a good writer!”

I wrote about the good, the bad, and the ugly in a charming, humble way. I was honest to the core about my shortcomings and my endeavors. I left out nothing because I had nothing to lose.

It became a cathartic experience for me. I rewrote it and reread it until I said to myself, “Damn—I am a really good person!” I got to a place where I wasn’t embarrassed to share the raw truth, yet wasn’t at the total other end thinking, “I don’t give a f*** what you think.” I was in a good place.

I was proud of myself and wanted to share my story. I felt very accomplished for just being able to put into writing my love life and be able to read it like it was a heartfelt story. It made me smile.

That Monday night I decided to do an experiment. I got a one-month membership to Match.com and paid extra to only allow people I “liked” to view my profile. I created my profile calling myself “AbbieNormal,” a reference to the hilarious Mel Brooks movie Young Frankenstein.

I answered all the questions about myself even filled out the random topics Match prompts to help people to get to know you. I typed out the long summary I had created, and when it came time to upload a profile photo, I chose not to. This was the experiment.

The experiment was to see if any man would be interested in my mind before seeing my body. I was a single woman looking for a single man with a profile that had a novel to read and no photos.

There is no doubt that my last guys wouldn’t respond. My ex-husband would think I didn’t post a photo because I was fat. The boyfriend that took my money would think I was some woman trying to get away with cheating on her husband.

I looked through profiles of over one hundred men and chose about twenty to view my profile, or as Match calls it, “liked” them. I had very little faith that any man would message me. It was an experiment for which I had already fabricated the conclusion.

My write up started like this, “I have never been single longer than a blink, and I think it’s partially because men are visual creatures. I am taking a gamble with no photos. I would prefer you to read about me and decide if you want to continue than to see me and make my words fit into the pretty little package that I am, emphasis on pretty, not ego :)”

I went to bed feeling at peace with myself for allowing people to read about the real me, and confident that this experiment would not disrupt my champagne oath. I woke up the next morning, Tuesday, to find three men had messaged me. I was shocked!

Each one mentioned how refreshing it was to read such an authentic profile. One man did say that a photo would be nice, but no pressure, which I thought that was sweet. Another one mentioned that he too was a big Young Frankenstein fan. He got points for recognizing the reference.

I wanted to write them back, but apparently on Match you cannot message people unless you put at least one photo up, which is silly because I already gave them money. The site must be owned by men. I was hesitant to post a photo, so I waited another day.

Wednesday morning one of the three men messaged me again asking to connect. I felt the need to respond so that my intentions didn’t seem like a ruse. I posted a photo and responded to the three men saying the same thing to each one, “Thank you for taking the time to read my profile.”

On the Wednesday after I posted my photo, I received messages from the rest of the twenty men that I had “liked.” Before keeping track of them became a full-time job, I gave the first three guys my attention. They were my priority.

I did give some time to a handful of the second-round guys that messaged me after the photo went up. One guy didn’t understand how I wasn’t bitter about losing a quarter of a million dollars. Another made a comment that I should post more photos because I am so beautiful. And most of them wanted to meet right away.

I also kept looking through all the profiles that Match sends daily as their algorithms do their matchmaking. Although I have to say, they always sent me my ex-husband’s profile as a “Super Match,” and he is by far not that.

The experiment was pretty much over. I had a photo up, and now I was acting like I was dating or something. I needed to focus on my champagne oath and just stop.

My experiment surprised me.

I gained a new appreciation for the male species / human race. Who knows what intentions the three guys had when choosing to message me solely on the basis of my words and no photo? I would like to believe that they were genuinely interested in what they read and wanted to ride with faith that there would be a physical attraction. That is my final answer.

The experiment taught me a lesson.

I was being hypocritical as I looked at every man’s photos picking out who was going to have access to my profile. As painful as it is to say that I was looking at men’s physical attributes, my attraction always came from what they wrote. I do know without a doubt, if a man “liked” me with no photo and his words moved me, you better believe I would message him back.

The experiment gave me a new perspective.

Like I said, I was not innocent in how men viewed me or what type of man I ended up with. I wanted someone to see me for who I really was, but my shell was sparkly and shiny while my center was elaborate and profound.

I realized I had longed for someone to want, desire, and be turned on by the elaborate and profound and then be happily pleased with the sparkly and shiny.

For all of my dating life, men wanted me for the sparkly and shiny then tolerated, challenged, and ridiculed the elaborate and profound. The experiment allowed me to feel wanted for who I truly am for just a brief moment, and it was an incredible feeling.

I will forever remember this experiment as the moment I learned who I really am in terms of a partner. I had been blaming the men or the quality of humans or my poor judge of character, and it wasn’t any of those things. I had to learn who I am to understand who I wanted.

I bet you are wondering what happened to Guy 3, right? I am still dating him. As for the champagne oath—that I’d be celibate and single until I turned fifty—let’s just say when I told Guy 3 about my oath he said, “That’s not going to happen, you better just drink it.”

Lisa Yee is the owner of a wellness studio located in San Diego, California where she helps clients take actions to being healthier and happier. She is the mother of three teenagers that never cease in surprising her and challenging her. You can find her running at sunrise or walking her dog at sunset or at lisafit.com.