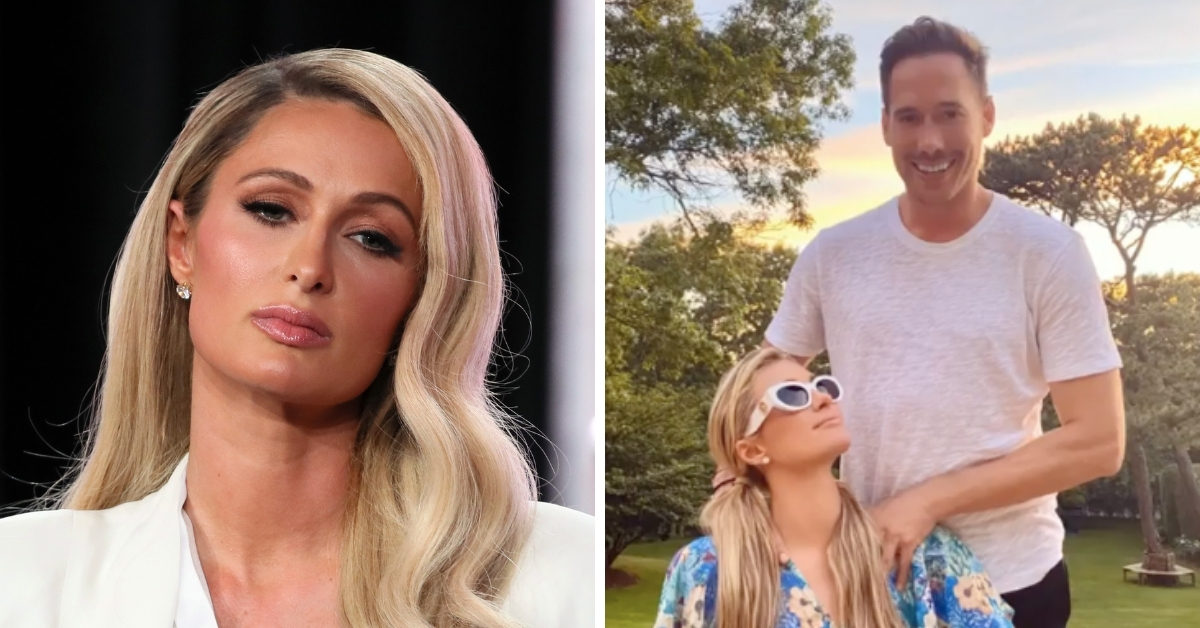 Paris Hilton is no stranger to the spotlight and to her personal life making headlines, but through the years, she’s managed to keep one very dark secret from the world: her history of abusive relationships.

It wasn’t until her 2020 documentary, This Is Paris, that the heiress revealed she’s been abused by five previous boyfriends. As she told People, “I went through multiple abusive relationships. I was strangled, I was hit, I was grabbed aggressively. I put up with things no one should.”

Sharing that they “all seemed like such nice guys” at the beginning, Hilton said it was just a matter of time before “they’d get jealous, or defensive or try to control me. And then there would come a point where they would become physically, verbally and emotionally abusive,” she continued.

I didn’t really understand what love or relationships were. I thought that them getting so crazy meant that they were in love with me. Looking back, I can’t believe I let people treat me like that.

In January 2018, the reality TV star was sure that her luck had changed when she and actor Chris Zylka got engaged. Sadly, she was wrong. Come November, she called off the engagement, saying, “I’ve always been obsessed with Disney stories and love stories, and I thought it was gonna be my happy ending, and I just realized after time that it wasn’t the right decision.”

As Hilton later confided to People, the split left her feeling hopeless. “After my last breakup, I thought I was going to be alone forever,” she told the outlet.

I was like, I give up. I’ll just focus on myself. I don’t need anyone.

The right person has the power to change everything

She may have sworn off dating, but Paris Hilton soon learned that you can’t fight a true, loving connection. Especially when the timing is right.

It was January 2020 when Hilton was first spotted sharing a kiss with Carter Reum at a Golden Globes afterparty, but as it turns out, they’ve known each other for years. As The Simple Life star later told People, Reum had been in her life for 15 years, but it wasn’t until his sister, Halle Hammond, invited her over for Thanksgiving that she realized “we just had this incredible chemistry. We had our first date and haven’t spent a night apart since,” she told the mag.

Taking to Instagram to share more details about that special encounter, Hilton wrote, “Ever since the moment we locked eyes, I knew there was something special about you. And then when we had our electric kisses on the tennis court I saw that I was exactly right,” she quipped, adding, “I will always be so grateful that I went to the Hamptons for Thanksgiving.”

In addition to feeling an instant spark, Hilton also finally felt the way everyone should in a relationship — loved, heard, and respected — and it gave her the courage to jump right in. Because the right person can change everything you thought you knew about love. “Our relationship is one of equals,” she said, per Vogue. “We make each other better people. He was absolutely worth the wait!”

Everything really does happen for a reason

Despite all of the hardships Paris Hilton experienced in her failed relationships, she’s thankful for them. It’s our combined experiences that make us who we are and Hilton is certain she wouldn’t have found (or been ready for) true love had it not been for all of the ups and downs she was forced to learn from before meeting Carter Reum. “I believe that everything happens for a reason because everything in my life, all the good and the bad, has led me right to you,” she wrote on Instagram in August 2020, calling Reum her “reason for me being so happy and feeling like the luckiest girl in the world!”

What’s more, Hilton told People, “I don’t think I was ready for it before. I just always wanted what my mom and dad have. They’re best friends, he’s so loyal. I was always looking for that, but I was looking in the wrong places,” she said, adding, “Carter actually reminds me of my dad! He makes me feel safe and happy. I finally found the right one.”

Who is Carter Milliken Reum?

According to his official bio, Carter Reum grew up in Chicago and moved to New York to attend Columbia University before starting his career with Champ Ventures in Sydney where he was “scouting and helping incubate young start-up companies.” Switching gears, he returned to NYC to work as an investment banker for Goldman Sachs before joining forces with his brother Courtney to launch VEEV Spirits in 2007.

Jump to 2016 and the brothers sold a majority stake in the company to become full-time venture capitalists, launching M13, “a venture engine built by and for entrepreneurs.” They’ve since backed mega brands like Pinterest, Lyft, SpaceX, Warby Parker, Ring, and BirchBox.

With his professional life on track, Reum was looking for a real, equally rewarding connection in his personal life and he found just that with Hilton. “From the first day to New York eating Chinese take out food, I knew I wanted to know the real Paris, not Paris Hilton,” he explained. In doing so, he discovered a “kind, smart, driven, authentic, and an amazing woman” and, after asking for Nicki’s blessing, he proposed in February 2021 while celebrating Hilton’s 40th birthday on a private island.

Calling it the “best birthday surprise ever,” Hilton gushed that her “fairytale dream came true” and told fans that she was “so excited” for their next chapter. She added, “I said yes, with all the joy and confidence and comfort that comes with knowing he’s more than my love. He’s my twin flame. My other half, my best friend and my soulmate.” The “Stars Are Blind” singer continued, “When you find your soulmate, you don’t just know it. You feel it […] There’s no one I’d rather spend forever with.”

Don’t let your past dictate your future

There’s no fast track to getting to know your partner, but being locked in a house together can sure help speed things up. While quarantine may have wreaked havoc on some relationships, it was a blessing for Paris Hilton and Carter Reum.

Opening up about their life in lockdown, Hilton told People, “This is the first time I’ve actually been forced not to travel and stay home. The silver lining is that I get to be with my pets and my boyfriend. We have gotten so close,” she said. “The amount of time we’ve had together is what would normally take five years!” Adding that “this past year with COVID has accelerated so many things,” she noted that it gave her “a chance to stay home and reevaluate what was important to me. My relationship and the time I spent with Carter was a gift.”

Reum agrees. “I have gotten the unique opportunity to get to know the real Paris on a daily basis just the two of us during these past 15 months and I couldn’t be more excited and lucky to have her as my future wife and partner,” he enthused.

Now, in addition to planning a wedding, they’re also focused on starting a family (Hilton shared in January 2021 that she’s already started IVF) and the heiress couldn’t be happier. As she wrote on Instagram, Reum has “changed my life in so many ways and made me become the woman I was always meant to be. And I have never felt happier or more alive.” She also credits her partner with making her “feel so safe.”

I’ve had a lot of bad relationships before and with him it’s just like a dream. I feel like everything I went through in life was worth it because now I have the perfect man.

If there’s one thing we can all learn about relationships from Paris Hilton it’s that you need to use every single experience (both good and bad) as a learning opportunity and never allow one person’s actions to taint your view of another’s.

Uber Driver Donates a Kidney to His Passenger – Here’s Why He Insists It’s Not a Coincidence
Quordle: Hit Wordle-style game finds B-U-Y-E-R in Merriam-Webster
Louisiana Woman Gives Free Wigs to Children Suffering Hair Loss — Their Reactions Will Warm Your Heart
The Choice We All Have , But Only a Few Apply It | Joe Dispenza
The Single Greatest Mistake A Man Can Make | Jordan Peterson