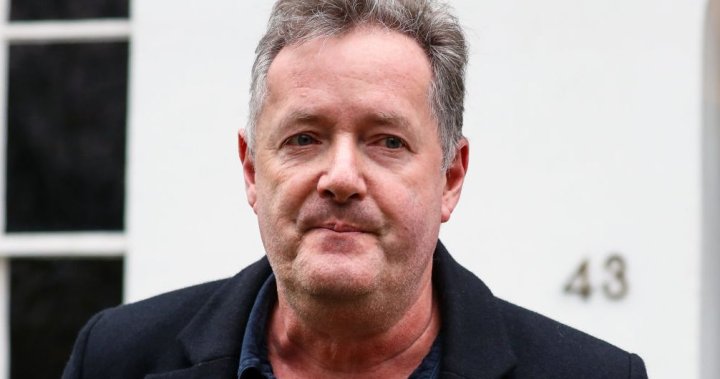 British commentator Piers Morgan called Meghan Markle a “liar” and complained about cancel culture in his first interview since walking off the set of Good Morning Britain last month when he bailed in the face of a challenge from a co-host.

“It was an outrage. I wasn’t allowed to have an opinion that I didn’t believe what she was saying, even though it was clear to me in real time as I was watching the interview that there were a number of things which couldn’t be true,” he said.

Carlson presented Morgan as someone whose “free speech” had been silenced, although it was reportedly Morgan who decided to leave his on-air job. He kept his job as a columnist at the Daily Mail tabloid, and has continued to feud with (and often block) critics on Twitter.

“I was invited to leave because I won’t believe a liar,” Morgan told Carlson about his on-air departure.

2:31
‘Diatribe of bilge’: Piers Morgan doubles down on criticism of ‘contemptible’ Meghan Markle

Morgan walked off his ITV morning show in March after blasting Markle for her and Prince Harry‘s sit-down interview with Oprah Winfrey. Markle revealed during that chat that she struggled with her mental health and suicidal thoughts during her time in the British media spotlight — something that Morgan claimed was a lie before his on-air meltdown.

On Monday, Morgan told Carlson that he stands by his comments and that he has “universal support” for them among the British public. He also blamed his departure on “cancel culture” — an issue that has become a frequent topic of outrage among conservatives, including Carlson, in recent months. Carlson has often framed cancel culture as a left-wing weapon, though examples of it routinely play out on both sides of the political spectrum.

“I’ve had plenty of time to analyze all the analysis of what she was saying and what Prince Harry was saying, and I still don’t believe what they were saying,” Morgan told Carlson. He went on to say that many of their claims had been disproven, without citing evidence, and suggested that he was a victim of “woke liberals” who back Markle.

“Either you sign up to her fake narrative or you have to be destroyed — it’s the purest personification of fascism,” Morgan said of Markle, before pivoting to plug his new book.

He also suggested that he was merely being a journalist by questioning Markle’s narrative.

“I should be able to be a journalist and question those statements,” Morgan said. He did not address his comment from last month, when he suggested that he simply does not believe anything she says.

“I wouldn’t believe her if she read me a weather report,” Morgan said at the time.

Morgan acknowledged that he can’t prove that Markle was lying about her mental health claims, but he did suggest that she had lied about asking Royal Family staff for help.

“She claims she went to two members of the royal household — a senior aide and also human resources,” Morgan said. “I just find that impossible to believe that you would have two people in the palace who would be that callous to a woman telling them that she was suicidal.”

He went on to suggest that the couple was lying about their allegation that someone in the Royal Family asked about the colour of their unborn son’s skin.

Morgan also accused Alex Beresford, the presenter who challenged him on Good Morning Britain, of staging a “premeditated attack” on him.

“I was angry in the moment that he was trying to personalize this, make it I had some personal vendetta about Meghan Markle, which I don’t,” Morgan told Carlson.

“I understand that you don’t like Meghan Markle, you’ve made it so clear a number of times on this program, and I understand you’ve got a personal relationship with Meghan Markle or had one and she cut you off,” Beresford said at the time. “Has she said anything about you since she cut you off? I don’t think she has but yet you continue to trash her.”

Morgan responded to that question by throwing up his hands and walking off the set. “OK, I’m done with this. Sorry, no, can’t do this,” he said at the time.

Morgan on Monday explained that he walked off set for a few minutes before realizing it was “stupid.”

“I shouldn’t have walked off. You know, you should always be able to have a debate,” he said.

Though he claimed “universal support,” Morgan has faced strong backlash in the U.K. and on social media. More than 50,000 complaints were filed against him over his tirades last month, and people have continued to rip him on social media for his unrelenting criticism of Markle.

Piers Morgan’s entire life now seems to be pretending he’s had a personal fall-out with people he’s seen once across a room at a corporate event.

Piers Morgan doesn’t believe Meghan was suicidal from the relentless daily attacks from UK papers. Yet a tiny bit of criticism was so distressing he had to walk off his own show.

Bullies always behave like Morgan. If they had to experience what the give out, they will crumble. pic.twitter.com/TnNEeJIX23

Piers Morgan is an example of how frightening vengeful men can become when a woman refuses his attention pic.twitter.com/fOJfLEMTKw

One popular video on Twitter shows how Morgan seemingly nursed his grudge against Markle over time. The video, which has more than 5.7 million views, shows Morgan initially praising Markle in an old interview, before showing more recent clips of him complaining about their relationship and then attacking her.

The Royal Family has said it was “saddened” by Harry and Markle’s allegations, but also hinted at a difference in “recollection.”

This Year, Let Go Of The People Who Aren’t Ready To Love You
How to Un-Stub Your Toe on the Nail of Life | Eric Bailey Motivational Speech | Goalcast
How to Make Things Better When It Seems Like Everything Is Going Wrong
‘Gen Z yellow’: Next ‘it’ colour or marketing ploy?
Haute couture goes ‘surreal’ and upside-down at Paris fashion show