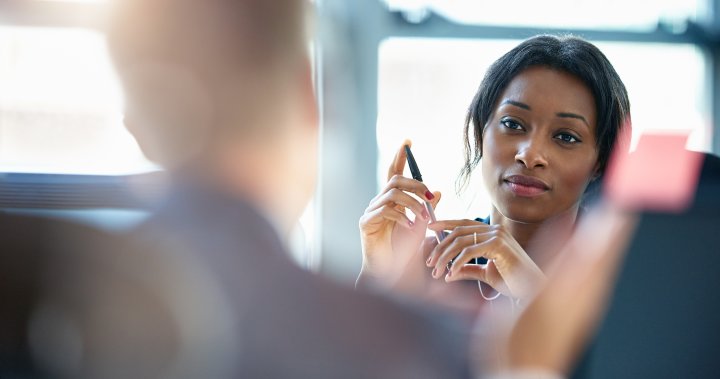 Corporate Canada is moving at a glacial pace when it comes to gender and racial diversity at the leadership level, a new report finds.

The Zero Report, released Tuesday, found 89 per cent of organizations surveyed had zero Black women in pipeline for executive officer roles – 91 per cent don’t have any Indigenous women in those roles.

The report is the brainchild of the Prosperity Project, a not-for-profit organization founded to mitigate the impact of the COVID-19 pandemic on Canadian women who are being disproportionately affected, and Canadian management consulting firm KPMG.

“Having a strong inclusive leadership pipeline has the ability to transform not only a single company, but the future of Corporate Canada as well,” Heather Baker, partner and chair of the board at KPMG, said in a statement.

“At the moment, there is still much work that needs to be done before we can truly have a prosperous future for our daughters and granddaughters.”

Read more:
Combatting racism in the workplace begins at the top, but many people of colour can’t get there: experts

Late last year, the Prosperity Project surveyed 48 corporate organizations in Canada to determine how much women’s representation at the board, executive officer and in the pipeline to executive officer levels had risen since 2019.

2:53
Hometown Heroes: ‘Get Real’ combats discrimination in schools and workplaces

According to the report, Crown corporations had achieved gender parity between 40 and 60 per cent at board, executive and pipeline roles.

As of September, women held 40.9 per cent of board seats — almost double the percentage of all TSX-listed company board seats held by women in 2019.

While the report shows an increase of female representation in board roles, the numbers are significantly lower for women who identified as racialized, Indigenous or had disabilities.

As of last year, women made up 37.8 per cent of board, executive and pipeline roles, jumping 2.5 per cent from 2019. Racialized women make up just 10.5 of those positions, and that number decreases to 3.1 per cent among Indigenous women and two per cent of women with disabilities.

Some point to a “pipeline problem,” which Sonia Kang, an associate professor at the University of Toronto’s Rotman School of Management, described as the misconception that there aren’t enough women or visible minorities interested in the STEM field.

“People will talk about this pipeline problem, basically saying … ‘There just aren’t women or minorities available for me to hire. I’d love to hire these people, but they’re just not there,’” she said.

“Those people are there, you just have to do more work in recruiting them.”

Kang, who is also the school’s Canada research chair in identity, diversity, and inclusion, said her own research has shown that women are just as interested, and can be “just as good or outperform boys and men in STEM.”

However, “(women in STEM are) reading the room. They recognize that this is not a space that works for them. They don’t feel included there. And so they’re essentially pushed out of the space.”

4:52
How to ensure racialized employees don’t feel tokenized in the workplace

How to ensure racialized employees don’t feel tokenized in the workplace – Jun 20, 2020

Kathy Hogarth, an associate professor at the University of Waterloo’s School of Social Work, said there are other systemic barriers at play that keep women of colour out of leadership positions.

“We call it diversity because we have just diversified the workforce by including more women,” she said, but, “that diversity is still very white.”

Hogarth noted that the workplace is, and has been for many years, typically dominated by white men. Without proper representation, Hogarth said women can be subject to higher expectations than their male counterparts in similar leadership positions.

“In the workplace, there’s always this talk about ‘fit.’ Who fits? And somehow racialized people fit less in hiring decisions,” she said.

Looking at Canada’s corporate workplace, Hogarth said it is obvious that there is still much more work to be done. Expanding on strides made in gender diversity to include women of colour will play a crucial role in creating better representation in the future, she said, adding that “we now have a blueprint for increasing diversity on other markers.”

“We still have huge gender disparities, but we’ve made some strides,” she said.

“If we just do the numbers game, we continue to reproduce the white supremacy in our workplaces. We have to challenge the very culture of our workplaces that would allow for acceptance of different thoughts and different bodies in those spaces.”

If You’re Feeling Judged: One Thing You Need to Understand
Woman Realizes the Homeless Man She Bumped Into Is Her Childhood Friend – Does Everything to Get Him Back on His Feet
The World’s Best Blind Mountain Biker | Brian Bushway | #shorts
Tough Times Don’t Last (Official Music Video) Fearless Motivation
How to Show Up When Nothing About Your Life Is Perfect