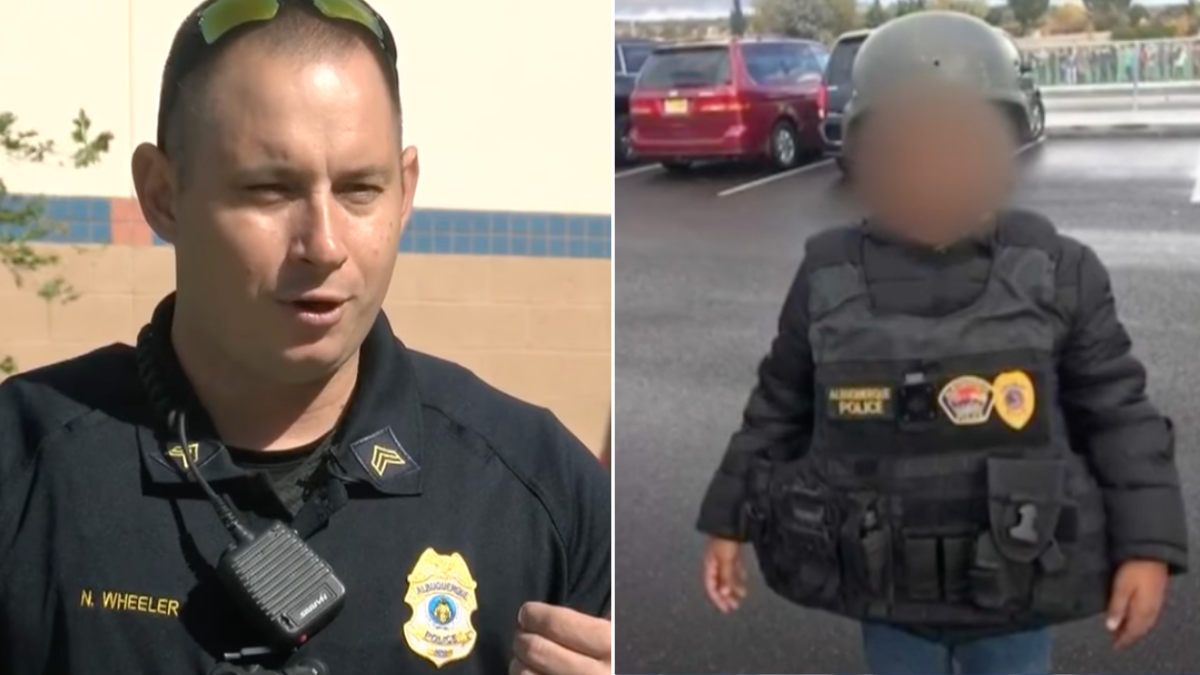 As an officer of the law, Albuquerque police Seargent Nick Wheeler has a stressful job. Yet this particular call he responded to was a rare light-hearted one. That’s because he was volunteering at Marie Hughes Elementary School Halloween parade at the invite of his wife and family member who worked there.

Per KRQE, he recalled that things started off pleasant enough, with the curious kids flocking to him. “As soon as I got on campus, the children were asking me if it was my costume or if I was really a cop,” he recalled.

Yet not long after, the whole vibe changed when he overheard something that took him completely off-guard.

RELATED: Indiana Man Shares a McDonald’s Table with a Stranger — Hopes to Have More Breakfasts Like This

“While I was standing there, I seen two little children. I think they were 8 or 9 walking by, and one of the kids turned to a kid and he said, ‘I’m sorry your mom didn’t have money to buy you a costume.’”

When a teacher confirmed that he heard correctly, it was all the motivation Wheeler needed to flip on his sirens and make an urgent stop.

Wheeler called the plain-clothed boy over and took him to his police car, but not to make an arrest. Instead, reaching into the back seat, he took out and suited the boy up with his tactical vest and Kevlar helmet.

“And I said ‘That’s all I’ve got but you can be the police for the day,’” Sgt. Wheeler said.

It turns out that it was more than enough to make the boy’s Halloween a success. Shy and costumeless moments ago, he now proudly showed off his police gear to his friends.

Giddy with glee, the boy hugged and high-fived the Seargent several times. News of the force’s newest boy wonder even caught the attention of Mayor Tim Keller, who shared the post.

For Sgt. Wheeler, his motivation is all about the bigger picture. For parents like the little boys’, the cost of Halloween has become scary.

Per one study, prices have jumped over 10% in the last year, with the average household shelling out over $100 for decorations, candy and costumes. For many families just eking by, it’s money they simply don’t have.

Yet kids don’t – and shouldn’t – have to understand all that. They just want to enjoy the parade like everyone else. Thanks to a sharp ear and a big heart, one police officer with a sense of duty made sure one little boy wasn’t left behind.

By giving a bit of what we have, everyone can enjoy treats not only on Halloween and year-round.

This Man Turned His Biggest Regret Into 1000 Acts of Kindness