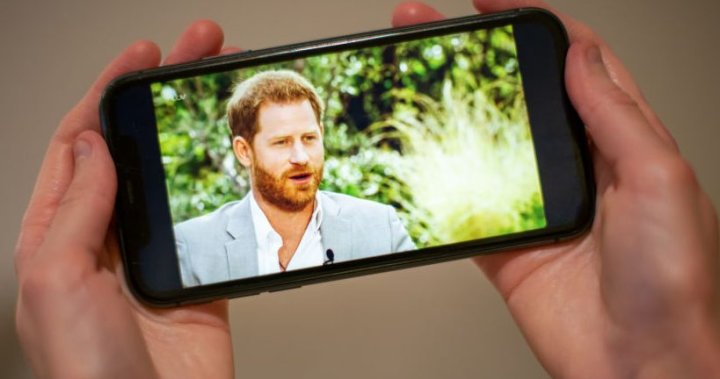 Prince Harry appears to be collecting job titles like they’re royal titles, after announcing on Wednesday that he will join a six-month study of misinformation in the U.S., in addition to his new gig at a mental health startup.

The Duke of Sussex will be one of 15 commissioners examining misinformation for the Aspen Institute, the organization announced Wednesday. He will join journalists, politicians, professors and philanthropists on the “Commission on Information Disorder,” which will try to find solutions to fake news and media polarization in today’s society over a six-month period.

“This information crisis undermines confidence in our democratic institutions and strikes right at the foundation of society,” Krebs said in a statement released by the Aspen Institute.

The commission will tackle misinformation and disinformation “across all aspects of modern society, from the 2020 election and vaccine safety, to the ongoing risk to communities of colour, to threats from state and non-state actors,” the Aspen Institute says.

Harry will be one of three philanthropists on the commission. The others will be incoming Skoll Foundation president Marla Blow and Kathryn Murdoch, daughter-in-law to Fox News tycoon Rupert Murdoch.

Harry’s role will be separate from his recently-announced new job as the chief impact officer at BetterUp, a mental health coaching firm in Silicon Valley.

“Prince Harry, the Duke of Sussex, is a humanitarian, military veteran, mental wellness advocate, and environmentalist,” his biography on the Aspen Institute website says. It’s the same biography that appears on his BetterUp profile page.

Harry’s two new roles reflect causes that he and wife Meghan Markle discussed in their bombshell interview with Oprah Winfrey earlier this month. The couple railed against the “toxic” British media in that interview, and explained that they left the U.K. to preserve their mental health.

Harry also revealed in the interview that he no longer has access to the Royal Family’s fortune, and that he and his family are living off the money left to him by his late mother Diana, the Princess of Wales.

Of course, that doesn’t mean that the departed prince needs a second job to make ends meet. He and Markle live in a mansion in California and have several business interests on the go.

Prince Harry’s role with the Aspen Institute will be a part-time gig involving regular meetings, the institute says.

How to Un-Stub Your Toe on the Nail of Life | Eric Bailey Motivational Speech | Goalcast
Louisiana Woman Gives Free Wigs to Children Suffering Hair Loss — Their Reactions Will Warm Your Heart
This Year, Let Go Of The People Who Aren’t Ready To Love You
Uber Driver Donates a Kidney to His Passenger – Here’s Why He Insists It’s Not a Coincidence
Parents issue warning after teen dies from inhaling aerosol deodorant