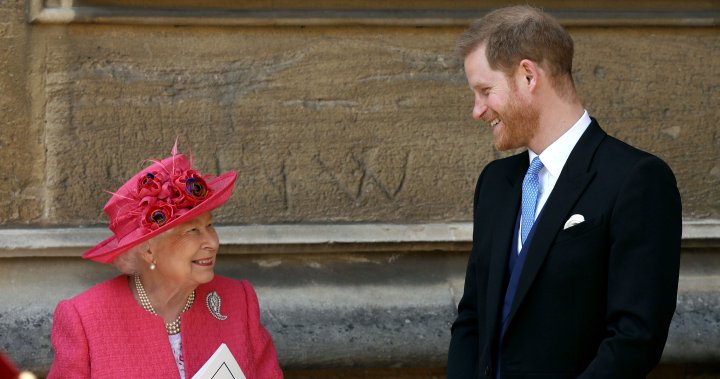 Just as things looked to be calming down between Prince Harry, Meghan Markle and the Royal Family, another potential scandal is looming.

Following the couple’s announcement over the weekend that they had welcomed their second child, a daughter, on Friday and named her Lilibet Diana Mountbatten-Windsor — the first name a long-held nickname for the Queen — everything seemed rosy.

But now, a BBC report, citing an anonymous Buckingham Palace source, claims Harry and Markle, the Duke and Duchess of Sussex, never sought the Queen’s permission to use the nickname.

A spokesperson for the Sussexes swiftly shot down that source, saying the Queen was the first person Harry reached out to. The representative also said the couple never would have gone ahead with the name without the Queen’s blessing.

“The Duke spoke with his family in advance of the announcement,” the spokesperson said. “In fact, his grandmother was the first family member he called. During that conversation, he shared their hope of naming their daughter Lilibet in her honour. Had she not been supportive, they would not have used the names.”

Buckingham Palace said it would not be making any official statement about the naming of the child.

On Wednesday, the Daily Beast reported that Harry and Markle, through their lawyers, issued a legal threat after the report was published by the BBC. A British newspaper source told the outlet that a rare warning had gone out to U.K. publications, advising them not to repeat the allegation that the former royals did not ask the Queen’s permission.

The Daily Beast also suggested in their reportage that the Queen is unhappy with the chosen name, citing the lateness of Buckingham Palace’s congratulations, which surfaced nearly two hours after the Sunday announcement of the birth. Rumours have allegedly “circulated” that the palace was “blindsided” by the news. Neither of these claims has been substantiated by any other news outlet.

The couple named their daughter after Queen Elizabeth, “whose family nickname is Lilibet,” read the Sunday statement from Harry and Markle.

Read more:
Prince Harry compares life in the Royal Family to ‘living in a zoo’

Her middle name, Diana, was “chosen to honor her beloved late grandmother, The Princess of Wales,” according to the statement. Princess Diana, Harry’s mother, died in 1997.

Lili — the shortened version of the name that the couple plans to call her — is Harry and Markle’s second child. She is now eighth in line to the British throne.

The Duke and Duchess of Sussex were married in 2018, and welcomed their first child, Archie Harrison Mountbatten-Windsor, in May of 2019.

This Is How You Become the Best Version of Yourself in One Step | James Lawrence | Goalcast
Parents issue warning after teen dies from inhaling aerosol deodorant
Slow mornings lead to deliberate days
Louisiana Woman Gives Free Wigs to Children Suffering Hair Loss — Their Reactions Will Warm Your Heart
‘Gen Z yellow’: Next ‘it’ colour or marketing ploy?