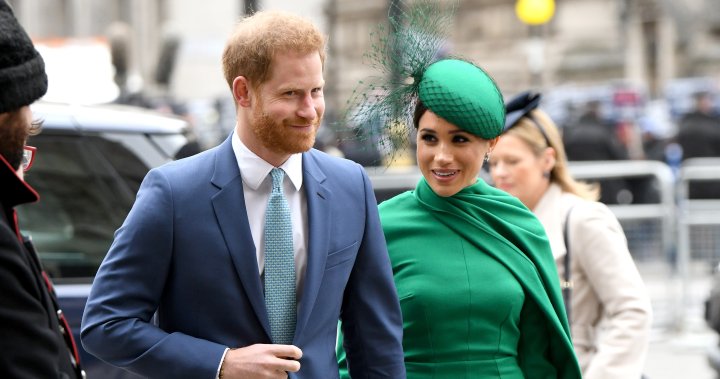 Britain’s Prince Harry and his wife, Meghan Markle, will produce and host podcasts for Spotify’s streaming service, the Swedish company said on Tuesday, starting with a holiday special that will be released this month.

Under a multi-year agreement, the couple’s newly formed Archewell Audio will produce programming that “uplifts and entertains audiences around the world” and features “diverse perspectives and voices,” Spotify said in a statement.

The podcasts will be available for free through Spotify, the company that leads the streaming music market. Spotify also offers more than 1.5 million podcast titles such as The Michelle Obama Podcast and Mama Knows Best by influencer Addison Rae, and reaches more than 320 million active users per month.

4:06
Prince Harry and Meghan Markle: ‘No way that we can move forward unless we acknowledge the past’

Prince Harry and Meghan Markle: ‘No way that we can move forward unless we acknowledge the past’ – Jul 7, 2020

Prince Harry and Markle’s first podcast instalment will be a holiday special featuring “stories of hope and compassion” to celebrate the new year, the statement said. Their first complete series is expected next year.

“What we love about podcasting is that it reminds all of us to take a moment and to really listen, to connect to one another without distraction,” the couple said in a joint statement.

“With the challenges of 2020, there has never been a more important time to do so, because when we hear each other, and hear each other’s stories, we are reminded of how interconnected we all are,” the pair added.

The deal is the latest move by Prince Harry and Markle, known officially as the Duke and Duchess of Sussex, to make a living outside of the royal family.

The couple moved to Southern California with their infant son Archie this year after stepping back from royal duties in January.

In September, they signed an exclusive multi-year production deal for TV programming with Netflix.

The Single Greatest Mistake A Man Can Make | Jordan Peterson
Parents issue warning after teen dies from inhaling aerosol deodorant
This Is What Self-Care Really Means, Because It’s Not All Salt Baths And Chocolate Cake
Louisiana Woman Gives Free Wigs to Children Suffering Hair Loss — Their Reactions Will Warm Your Heart
‘Gen Z yellow’: Next ‘it’ colour or marketing ploy?