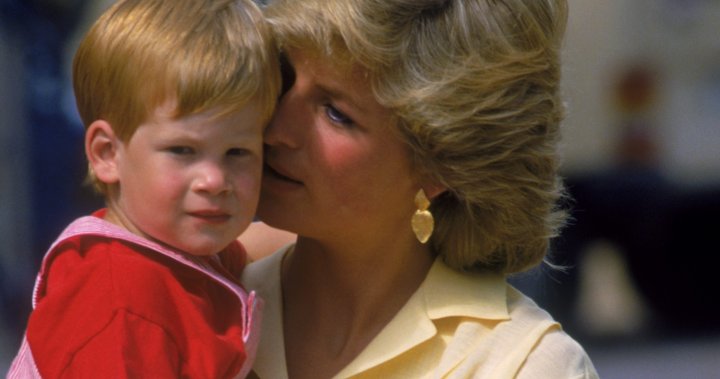 Prince Harry said he abused alcohol to numb the pain of his mother Princess Diana‘s death in 1997, and accused the royal family of neglecting him and his wife Meghan Markle as she contemplated suicide.

Harry, now 36, has spoken before about the trauma of losing Diana in a Paris car crash and then having to walk as a 12-year-old behind his mother’s coffin in her funeral cortege under the glare of the world’s media.

“I would probably drink a week’s worth in one day on a Friday or a Saturday night and I would find myself drinking not because I was enjoying it but because I was trying to mask something,” he said.

Read more:
‘Friends: The Reunion’ trailer: The gang is back together, one last time

Diana died in a Paris car crash after being pursued by paparazzi.

“The clicking of cameras and the flash of cameras makes my blood boil,” he said. “It makes me angry. It takes me back to what happened to my mum, what I experienced as a kid. I was so angry with what happened to her, and the fact that there was no justice at all… the same people that chased her through that tunnel photographed her dying on the back seat of that car.”

Harry said the loss of his mother accentuated fears about his own wife when she grappled with suicidal thoughts, although he said the British royal family neglected them both.

“The thing that stopped her from seeing it through was how unfair it would be on me after everything that had happened to my mum and to now be put in a position of losing another woman in my life, with a baby inside of her, our baby,” he said.

“I felt completely helpless. I thought my family would help, but every single ask, request, warning, whatever it is, just got met with total silence or total neglect.”

Read more:
A new Tragically Hip album, just in time for the May long weekend

Harry’s repeated public criticism of the British royal family, led by his 95-year-old grandmother, Queen Elizabeth, and his 72-year-old father, Prince Charles, has created another public relations crisis for the monarchy.

The queen has said she was saddened to learn of the experiences of Harry and Markle.

She said that while recollections might differ, the royal family would also address issues around race that had been raised by the couple, who said one unnamed royal made a racist comment about their son Archie before he was born.

Harry and Winfrey previously announced their new mental health series, The Me You Can’t See, a few weeks ago. The show aims to help “lift the veil on the current state of mental health and emotional well-being,” and can be watched on Apple TV+.

“Featuring high-profile guests, alongside a wide range of people from across the globe living with the challenges of mental health issues and addressing their emotional well-being, the series transcends culture, age, gender, and socioeconomic status to destigmatize a highly misunderstood subject and give hope to viewers who learn that they are not alone,” reads a synopsis of the show.

“The producers partnered with 14 accredited and respected experts and organizations from around the world to help shed light on different pathways to treatment.”

Winfrey also discusses her childhood, which saw her physically and sexually abused: she was whipped by her grandmother, forced to sleep on an outdoor porch by her mother and raped by a close family member at age nine.

If you or someone you know is in crisis and needs help, resources are available. In case of an emergency, please call 911 for immediate help.

For a directory of support services in your area, visit the Canadian Association for Suicide Prevention.
Learn more about how to help someone in crisis.

MASTER SELF MOTIVATION – Les Brown Motivational Speech
Deaf Domino’s Employee Delivers Pizzas on Foot After His Car Breaks Down – In Return, He Gets a “Tip” of $12,000
8-Year-Old Boy’s Family Is Down to Their Last $12 Living in a Shed – Until His Own Business Saves Them All
All the Things I Didn’t Tell the Men I Dated Because I Was Afraid
The World’s Best Blind Mountain Biker | Brian Bushway | #shorts