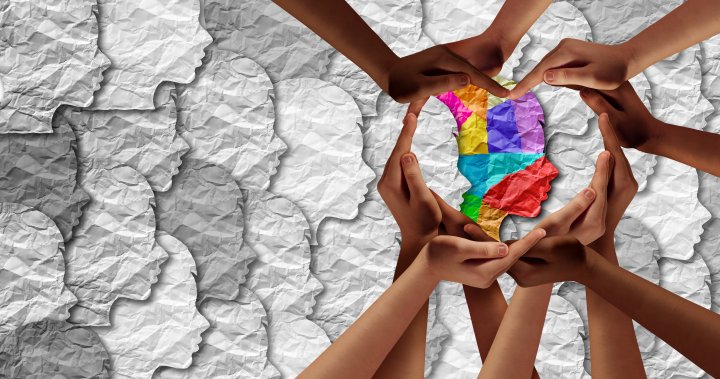 When Camille Proctor’s son Ari was one, she noticed he was having trouble processing his surroundings. Like any concerned parent, she took him to his pediatrician.

The Detroit native says health-care professionals quickly dismissed the possibility of her son having autism.

After going to several health-care professionals, Ari was officially diagnosed with autism spectrum disorder (ASD) at the age of two, and Proctor soon discovered the challenges of finding resources catering to her Black son.

“I would go to support groups and I would ask questions like, ‘What’s gonna happen when he’s 13?’ I tried to explain to them that African-American children are more mature-looking than white children,” she says.

Proctor said people in the group assured her nothing would happen.

“Here’s the thing, he doesn’t understand how to yield and he may have a meltdown — he might get killed,” she told the group.

For racialized families, there has been an ongoing lack of culturally competent resources and services to help families with children with autism. To better support both these groups, advocates say there needs to be a collective effort across communities to educate and lead.

Realizing Black, Indigenous and other racialized families would need an outlet to share their experiences of the additional barriers of having a child with ASD, Proctor created The Color of Autism Foundation in an effort to meet the needs of marginalized communities.

Families of colour have faced barriers in accessing ASD services because, too often, the person talking to them about disabilities is not from a racialized community, says Proctor.

“We’re automatically distrustful of people from the outside, because we don’t know what your intention is because for years… your teaching has not been good for us.”

Read more:
Autism, explained: What’s the spectrum and how it develops

Proctor says there must be a concerted effort to disseminate education, awareness and acceptance in racialized communities, since so far “autism has been stigmatized.”

As well, a concerted effort to educate racialized communities must be made since there’s a lack of awareness and acceptance that is often not addressed.

One 2017 study found disparities in both diagnoses of ASD and access to quality care for racialized communities, with Black children being 19 per cent less likely than white children to be diagnosed. Global News also previously reported that ASD within Indigenous communities is under-detected and underrepresented.

During his medicine residency, Dr. Shivajan Sivapalan noticed many South Asian families who were coming in for ASD assessments were feeling overwhelmed and ashamed. They also had preconceptions and misconceptions about what ASD was. A lot of the time, he says, families wouldn’t return after the initial assessment.

Sivapalan has since helped develop a number of programs at SAAAC Autism Centre (SAAAC) with a focus on supporting racialized families who have difficulty in accessing care for children with ASD.

“There’s a general lack of resources for these communities and the resources that do exist lack cultural sensitivity,” he says, adding many resources contain difficult language and are primarily in English.

In Toronto, there are socioeconomic barriers for racialized families, including the scarcity of services, such as assessments, in marginalized communities. Sivapalan says having to travel for proper support can put a financial burden on families.

Additionally, the lack of research on racialized families who have children with autism has contributed to their needs not being heard. Sivapalan points out that “racialized families typically receive a diagnosis a lot later than Caucasian families.”

“There isn’t any evidence-based therapy that’s targeted towards their needs… Promoting community-based research for Black, Indigenous and people of colour can help better understand their needs,” Sivapalan says.

For Jayne Jackden, the pandemic posed additional challenges in raising her three children, including her five-year-old son Xavier who has ASD. So far during the pandemic, Jackden has had to take time off from her job twice to focus on her family.

“We’re constantly learning, we’re constantly struggling to try to figure out what strategies (work) because each day comes with its new thing. And that’s not easy… That’s a full-time job on its own,” she says.

“I’m considering taking an (applied behaviour analysis) course. I have to go to school to learn how to help set my son up for success in his adult life… I have to do all of that.”

Jackden recently joined an event for Punjabi-speaking parents who have children with ASD and felt a sense of comfort despite not being from the community; at the time, events catering to Black families weren’t offered.

Read more:
Autism and isolation: How coronavirus is affecting kids on the spectrum and their parents

“When parents started sharing, I’m like, ‘Oh my goodness, it feels amazing to be with people who understand, who will not judge,’” she says.

There are more support groups and organizations who are recognizing the need to have more culturally competent policies and training, but services are still limited, Jackden added.

“I find that it’s a lot of white people that are providing the services and it’s very hard for
me,” she says, adding that having a Black support worker may make her son more comfortable.

Sivapalan adds that families have struggled with feelings of isolation and detachment from the rest of the world, saying many families were cut off from support like therapy at the start of the pandemic due to closures.

At SAAAC, Sivapalan says they have strived to cater to the mental health needs of caregivers who are supporting racialized communities and offer flexibility in their online programs to avoid screen fatigue.

There’s a lack of consultation and partnerships with racialized families at a larger scale, Sivapalan adds, and there must be representation especially within the ASD community to be on governing bodies and committees to advocate for their services.

“If we want to better address and kind of support the underserved racialized families, I think we really need to get their representation on those committees.”

Read more:
Research on autism in Indigenous communities to be conducted

For Proctor, a turning point in her journey with her son was focusing more on his goals rather than the ones she wanted him to achieve. She says she has been working with him on what he deems important, like riding a bike.

“My philosophy is to again empower (him) with the ability to be self-sufficient, proud of who they are and to flourish in the biggest way that you can help someone,” says Proctor.

The Color of Autism has been offering six-week parent training to teach coping skills for parents who experience anxieties from having a child with ASD, she adds.

“We can’t see a crystal ball, we don’t know what’s going to happen to our children in the future, so that kind of causes a great deal of anxiety for us.”