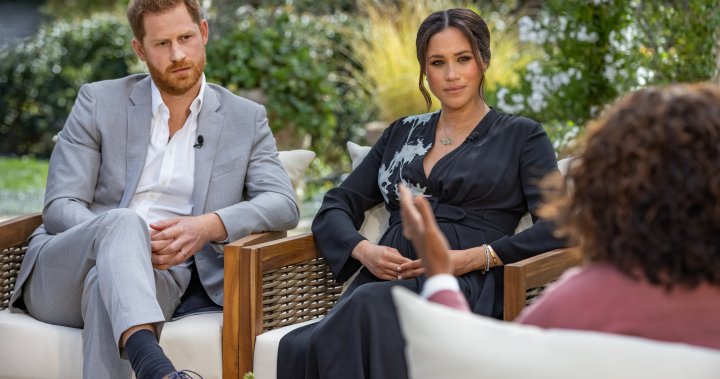 The Royal Family ended two days of silence on Tuesday to address allegations of racism and unfair treatment levelled by Prince Harry and Meghan Markle after the departed couple’s bombshell interview with Oprah Winfrey aired Sunday.

The couple accused the Royal Family of failing to protect them from racist attacks in the British media, and alleged that someone within the family had asked about their child Archie’s potential skin colour before his birth. Harry and Markle also described their difficulties with leaving their royal duties behind in the high-profile interview with Winfrey, which was broadcast Sunday on CBS.

The Royal Family said it was “saddened” by their allegations and found the claims about racism “concerning,” but also hinted at a difference in “recollection.”

The rare statement from the Royal Family also suggested that members were ignorant to the couple’s struggles, though Harry and Markle said they had raised their issues repeatedly. Markle also said she’d asked for help with the toll that the media spotlight was taking on her mental health, and that the “institution” had denied her that help.

“The whole family is saddened to learn the full extent of how challenging the last few years have been for Harry and Meghan,” The Royal Family said.

“Harry, Meghan and Archie will always be much loved family members,” the end of the message reads.

Domino’s Employee Delivers a $12 Order – But the Unusual Tip He Received in Return Takes Him by Surprise
Year of the Rabbit: Canada’s animal shelters urge not to adopt bunnies on a whim
How to Make Things Better When It Seems Like Everything Is Going Wrong
How to Un-Stub Your Toe on the Nail of Life | Eric Bailey Motivational Speech | Goalcast
The Choice We All Have , But Only a Few Apply It | Joe Dispenza