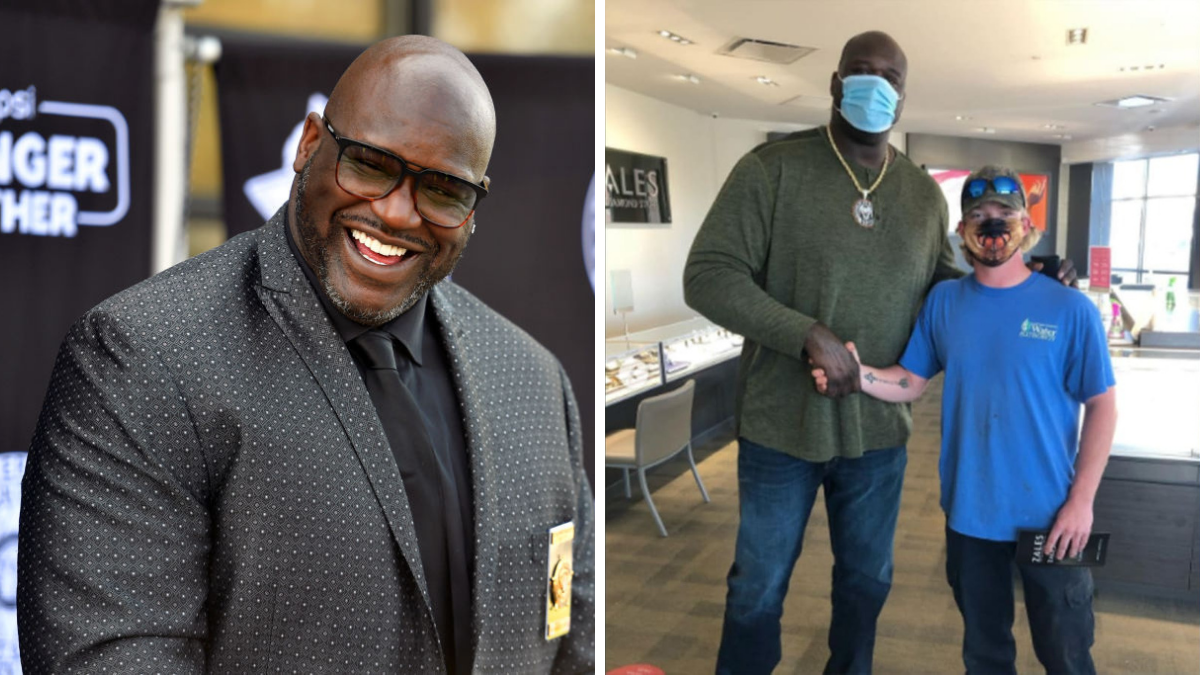 Shaquille O’Neal is a very famous, accomplished, and wealthy man – but he recently showed yet again that what he’s truly rich in is generosity.

Recently, the NBA superstar was at an Atlanta-area Zales store, where he actually has his own jewelry collection. That’s when he saw a man about to purchase an engagement ring – and took out his own credit card to pay for it. He told the story to NBA on TNT.

“And I was like, ‘How much is the ring?’ ” he said, and then stepped in to pay instead of the man at the counter.

Shaq then gave his card to the cashier, and shook the hand of the customer, who seemed kind of shocked at what was happening.

“I always get off 30 minutes before you come in here,” the cashier told Shaq, also excited at what they were witnessing.

Shaq is known for his charitable actions and kindness to others. During the pandemic he bought a fan a computer at Best Buy. He also donated all the proceeds generated from his Super Bowl party in Miami to the Kobe & Vanessa Bryant Family Foundation as well as the families of the helicopter crash victims.

Most of us aren’t as wealthy as Shaq, but there are other ways to follow his lead in the generosity department. Resources other than money, like time, expertise, love, and support could all greatly help someone in need. Just stay alert and willing, and you could be reaching Shaq levels of charity in no time.

Detroit Couple Turn Vacant Lots to Bee Farms – Including the Childhood Home of One Legendary Rap Superstar
This Year, Let Go Of The People Who Aren’t Ready To Love You
How to balance social expectations and your budget amid inflation: ‘It’s OK to say no’
The Single Greatest Mistake A Man Can Make | Jordan Peterson
Year of the Rabbit: Canada’s animal shelters urge not to adopt bunnies on a whim