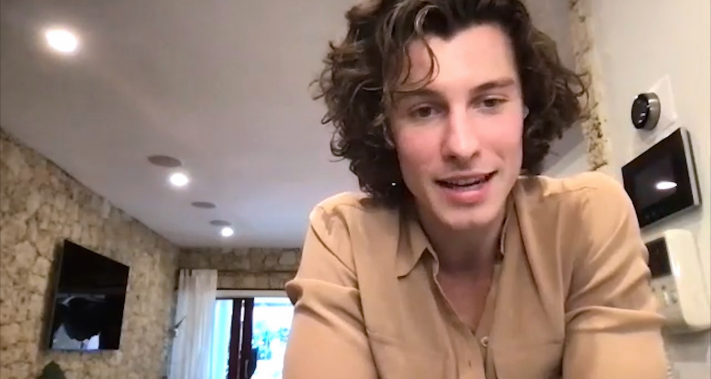 Not only did he welcome his puppy Tarzan into the family, but he also premiered his Netflix documentary In Wonder and released his fourth studio album.

While catching up with ET Canada‘s Cheryl Hickey, the 22-year-old shared how his relationship with Camila Cabello helped shape his new record Wonder in “a million different ways.”

READ MORE: Camila Cabello says the ‘force that is love’ is what keeps her relationship with Shawn Mendes strong

“Camila was with me during the whole process. So I really had someone who was by my side pushing me to stick with my ideas,” he said.

“The interesting thing about being an artist is there are always these moments of self-doubt that make you feel like you just want to throw it all away, that make you forget the excitement you had when you first came up with the original concept. She was always there to push me through those moments,” he continued.

“That is like a superpower. Seriously. Having someone be by your side to be like, ‘No you’re onto something. Don’t get discouraged. Keep going.’ I owe that to her a lot,” he admitted.

One of the standout tracks on Wonder is 24 Hours, which talks about taking the plunge and moving in with that special someone. So, is this the singer’s way of letting the world know he’s moving in full-time with Cabello?

“We’ve been looking for a house for a while. But I think with COVID and everything we’ve just been spending time with family,” he shared.

“It will happen one day. There’s no rush but we’re definitely searching,” he revealed. “Whether it’s in Miami or Toronto, I’m not sure yet.”

Another one of the songs on the record features fellow Canadian heartthrob, Justin Bieber.

For Mendes, recording their collab Monster with one of his musical idols had him in “shock and pure disbelief.”

“He’s just so talented, and so kind, and so gracious. It’s been a really amazing experience being able to work with him. And also, more than that, being able to become friends and connect on a deeper level than just a song,” he revealed.

Check out our full interview with the Grammy-nominated artist below.