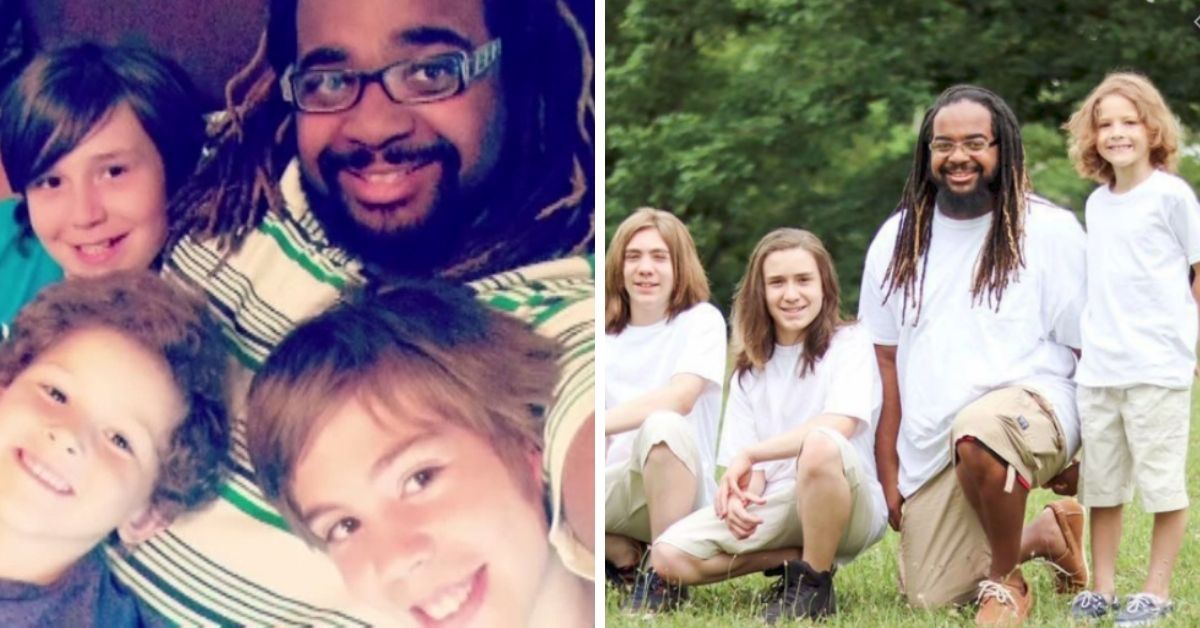 Barry Farmer knew the foster care system very well because he grew up in it. For years, he always dreamed of having a family of his own, something he didn’t grow up with as a child.

Barry grew up in an organization known as Kinship Care, which is a variant of foster care that allows close family members to raise a child when their parents are unable to care for them.

“I was going from home to home, living with friends of my parents. And that wasn’t stable,” Farmer told CBS News.

At the age of 4, Barry was then place with his grandmother, an experience that taught him to responsible for himself, especially as she got older, and he had to help care for her.

Me losing my parents, I gained a whole village of support. My grandmother doing that inspired me to become a foster parent, too.

His wish for a family never left him

That feeling of yearning for family stayed with Barry. At the age of 20, he saw an ad to become a foster parent. As soon as he turned 21, Barry got his foster care license. Inspired by his grandmother, and his experience with Kinship, he knew that’s what he wanted to do.

The second child brought into his care was 8-year-old Jaxon. The arrangement was only temporary, but the two bonded, even though Barry was initially surprised.

I didn’t know he was supposed to be white, no one at the agency did. I was very surprised he was white, I had never worked with white children.

“Culturally, it’s different than what I’m used to,” he said. “I didn’t want to turn him down.” But as Barry would learn, their cultural differences didn’t matter after all.

Black father, white child and a family like no other

At first, Barry’s journey with Jaxon was supposed to be temporary until he found a family that would take him in.

When potential adoptive parents showed interest in Jaxon, and consequently, the boy moved to live with them. However, the change was rough. Jaxon wanted Barry to be his “father forever.”

He missed me and I miss him because I wasn’t really prepared for him to go. That’s when we made a decision I would keep him.

At 22, Barry was officially a father. Even though he thought social workers would take issue with his own age, they saw that Barry’s home was a loving space for his new son.

It was touching that this child of a different race felt comfortable enough to call me Dad, he was a child searching for belonging in a not so typical situation.

But then, Jaxon wanted a brother. “He asked me, ‘Am I going to get a brother?’ I was like, ‘Okay, let me think about that,’” Barry said.

After consulting a website of foster kids, Barry came across 8-year-old Xavier. At the age of 11 years old, he decided to officially adopt him. A year later Barry added 4-year-old Jeremiah to his family.

They welcomed him with open arms, as did I, so we adopted him as well. It’s not like I planned it.

Fatherhood was everything he had imagined

“Becoming a foster parent was like a tribute to my grandmother because I could never pay her back, but I was definitely able to pay it forward,” Barry said.

Being a parent was life-changing for Barry, and it has been an experience that has been both unpredictable yet rewarding.

Fatherhood has been everything I imagine it to be because I’m the father I wish I had growing up. I’m involved, I’m there when my boys go to sleep and when they wake up.

“I’m their biggest cheerleader when helping them achieve their goals. I try not to miss a beat in their lives. I take the responsibility of being their father very seriously and never for granted,” Barry continued.

Barry and his boys may not be blood relatives, but thanks to having the same long hairstyles, they do share an air of resemblance. But mostly, he is so proud of who they’ve become.

They are loving, strong-willed and, at times, extremely thoughtful. My sons have a lot of potential to make a positive impact on this world, I just hope they realize it and act on it.

He wants everyone to lead with compassion

“There is no need to be afraid of older children in America waiting for their forever homes. They need your understanding, your compassion and your guidance.”

How to Make Things Better When It Seems Like Everything Is Going Wrong
How to balance social expectations and your budget amid inflation: ‘It’s OK to say no’
Parents issue warning after teen dies from inhaling aerosol deodorant
7 False Beliefs That Will Keep You Trapped in Your Head Forever
Pizza Hut Deliveryman Has Worked the Same Job for 31 Years – So His Customers Tip Him With a Brand New Car