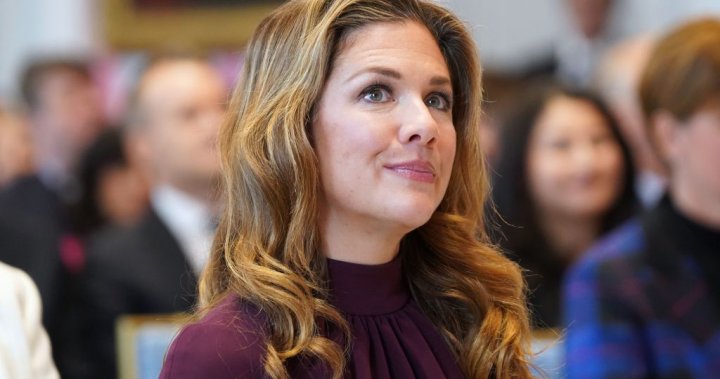 Women in Canada are more likely than men to experience gender-based violence.

Statistics Canada shows young women between the ages of 15 and 24 are 50 per cent more likely than young men to be anxious about violence at home.

Sophie Grégoire Trudeau has been a vocal activist for gender equality for years and she joined The Morning Show on Thursday to talk about the 16 Days of Activism against Gender-Based Violence campaign.

Read more:
‘Back to square one’ — Calls to domestic violence lines jump again as coronavirus surges

“In the past 60 days, I’ve spoken to survivors and men who also understand that, as a society, we need to have a serious conversation,” she told hosts.

Trudeau said the COVID-19 pandemic has made it much more difficult for women and children to break the cycle of violence and leave their homes.

Read more:
More men are killed than women; why focus on gender-based violence?

“We’re in a crisis, and I really want to tell people if you’re listening now and you’re suffering, or if you know anybody who’s suffering, know that there are allies along the way — you’re never alone.”

She also recommends reaching out to organizations like Shelter Movers and Shelter Safe that support survivors of abuse.

4:33
16 Days of Activism Against Gender Based Violence

The annual international campaign began on Nov. 25, the International Day for the Elimination of Violence against Women, and ends on Thursday, which happens to be World Human Rights Day.

Previously, Trudeau also celebrated International Day of the Girl in 2018 by promoting the #MeToo movement.

In the same year, Plan International Canada released a study that revealed 68 per cent of Canadian girls said the #MeToo movement gave them a sense of hopefulness about the future of gender equality.

How Canadians can help

Trudeau said Canadians need to have a more serious conversation about removing the stigmas and taboos surrounding violence and inequality in society.

She said big systemic changes come from small actions like volunteering, consumer choices and speaking up against the inequality we encounter every day.

She also said donating to these shelters during the holiday season can have a huge impact.

“Sometimes, that first step is the most difficult… but you’ll see that when you take that first step, things will open up,” she said. “We are there to help you and we care.”

Spending the holiday season at home

Trudeau also opened up about how she and the family plan to celebrate the holidays together.

“I am going to get the kids outside … board games, sliding, going for walks, trying to control screen time and baking together,” she said. “Cuddles as much as possible.”

If you or someone you know needs help, here is a list of resources across the country that can support you.

To hear more of Trudeau’s activism against gender-based violence, watch the full video above.

— with files from Arti Patel

Deaf Domino’s Employee Delivers Pizzas on Foot After His Car Breaks Down – In Return, He Gets a “Tip” of $12,000
How to Show Up When Nothing About Your Life Is Perfect
Why I Didn’t Trust Myself to Make Decisions (and What If It’s All Okay?)
The two kinds of productivity advice
How I Stopped Feeling Embarrassed and Ashamed of Being Single