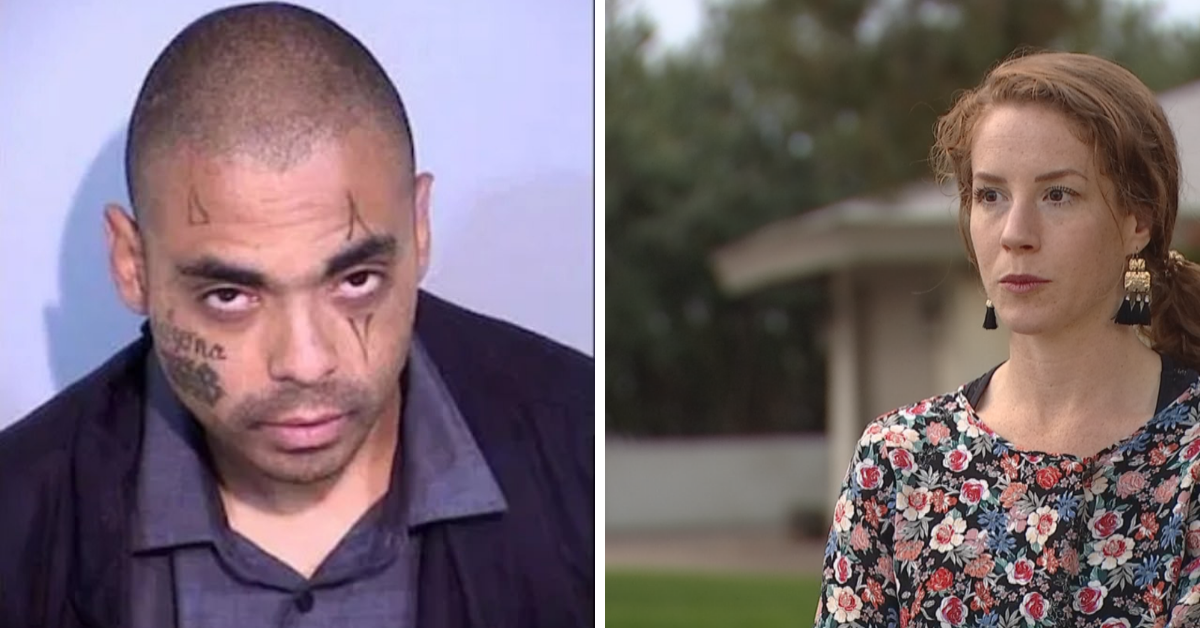 A heroic stranger swooped in to save a woman who was running for her life when a man spontaneously started chasing her with a hatchet.

It was still dark outside when Gina Hopkins-Calligan noticed she was being chased by a man with an ax. And according to a police report, she did nothing to provoke him.

“He was just screaming. He was galloping at me with the ax, like this just ready to chop me to pieces, he looked determined to kill me,” Hopkins-Calligan told Fox 10. “I was just screaming, waving my arms. I probably looked like a crazy person.”

Panicked, Hopkins-Calligan tried to wave down drivers to stop and help her. Fortunately, one did.

“She said something to me, and turned on this street and let me into her car,” said Hopkins-Calligan.

Stranger to the rescue

The driver that stopped was identified as Emily Regester and she was on her way to class when she noticed the jogger running for her life.

Hopkins-Calligan said she credits Regester for the rescue, but the driver disagreed. “She absolutely saved herself, I would say,” said Regester. “She’s a very fast runner.”

Hopkins-Calligan wonders if she would have been able to survive if she wasn’t able to run so fast.

As for the ax-wielding suspect, police identified him as 25-year-old Joshua Eicher and said he was still in the area with the hatchet when they picked him up. He’s currently in jail facing a felony count of assault with a deadly weapon.

The driver is a hero

While no one wants to be in the position of the jogger, running for your life from a lunatic with an ax, we all should aspire to be the driver.

She helped a complete stranger without hesitation, and she certainly should credit herself for being a hero.

Service Dog Stays at Hospital With His Owner 24/7 — While Nobody Else Was Allowed to Stay
Woman Realizes the Homeless Man She Bumped Into Is Her Childhood Friend – Does Everything to Get Him Back on His Feet
The World’s Best Blind Mountain Biker | Brian Bushway | #shorts
Looking for love? 44% U.S. adults use dating apps to find long-term partners: study
These Letters from a Single Mother Will Make You Believe in Love Again | Philicia Baugh | Goalcast