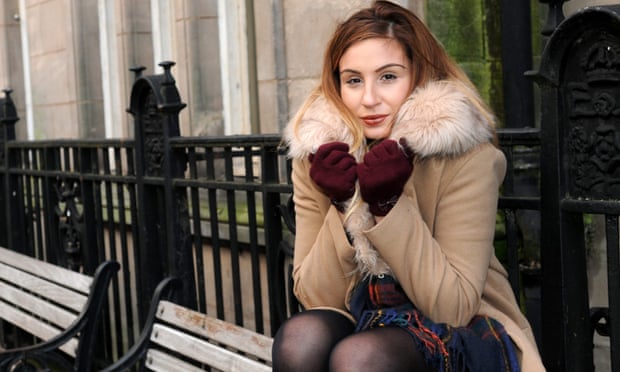 Dominique Harrison-Bentzen wanted to get home after a (pre-pandemic) night out, but she’d lost her bank card and couldn’t afford a taxi home.

A man experiencing homelessness swooped in to save the day with an extraordinary act of kindness — and his good deed ended up being rewarded many times over.

Robbie to the rescue

The night had wound down for Harrison-Bentzen, a then 22-year-old student at the University of Central Lancashire in the United Kingdom, and she needed to get home. But she noticed something was missing — she’d lost her bank card and was out of cash.

All of a sudden, a homeless man named Robbie approached her with an offer to pay for her taxi ride home.

“I suddenly realized that I had no money and a homeless man approached me with his only change of £3 ($4 USD),” she told the Guardian. “He insisted I took it to pay for a taxi to make sure I got home safe.”

What goes around comes around

Harrison-Bentzen declined the offer, but after she got home she decided to do something to repay Robbie.

So, she set up a donation page and asked people to donate £3 — the cost of a taxi ride — to help Robbie get back on his feet.

“I was touched by such a kind gesture from a man who faces ignorance every day, so I set on a mission to find him,” Harrison-Bentzen wrote on Facebook.

“The more I spoke about him the more kind gestures I learned, such as him returning wallets untouched to pedestrians and offering his scarf to keep people warm.”

Harrison-Bentzen added that Robbie had been homeless for just seven months and can’t get work because he doesn’t have an address.

“So that’s when I decided to change Robbie’s life and help him, as he has helped many others.”

The goal was to help Robbie find permanent accommodation, but it ended up going much further. The campaign went viral and pulled in over £21,000 ($28,600 USD).

Thank you to Preston community, we have collected over £200 today & that means that 10 people can be safe and warm tonight off the streets 💙

Harrison-Bentzen and Robbie decided to help other homeless people and local charities as well.

“This is not only going to change Robbie’s life, but [the lives of] an incredible amount of homeless people in Preston,” Harrison-Bentzen, who slept out in the street for 24 hours as part of the fundraiser.

“Yes, we were cold and yes, we were hungry, but people endure that 365 days of the year, so for 24 hours we didn’t complain.”

Rewards for kindness aren’t necessary, but they don’t hurt

We don’t do kind things because we know we’ll get a big reward afterward — kindness is simply a good thing to do.

But sometimes, when we least expect it, our kind deeds get rewarded and when they do they make the most heartwarming stories.

Service Dog Stays at Hospital With His Owner 24/7 — While Nobody Else Was Allowed to Stay
Tough Times Don’t Last (Official Music Video) Fearless Motivation
Podcast: What to know about “novelty hunting.”
How a social media group dubbed Mom Jeans is helping people fight inflation
How to Show Up When Nothing About Your Life Is Perfect