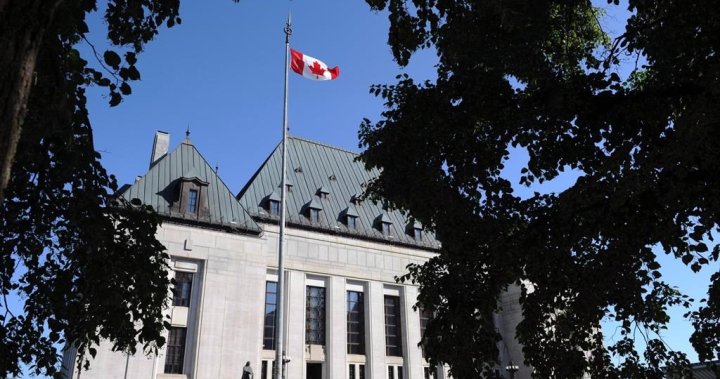 Canadians who leave their jobs are still entitled to bonuses they would have received if they were given reasonable notice, the Supreme Court of Canada ruled Friday.

In what is being described as a landmark ruling, the court unanimously agreed that Nova Scotia scientist David Matthews, a senior executive with Ocean Nutrition Canada Ltd. who had left the company due to what he described as an “oppressive” and “unfair” working environment, had the right to a $1,086,893 bonus payment once the company was sold more than a year later.

“For me, it’s about what was right. This was just wrong the way they had treated me when I worked there at the end and the way that they were treating me in the legal process,” Matthews said in an interview with Global News.

Read more:
Firing your employee for good reason may be more costly than you think

Ocean Nutrition did not respond to multiple requests for comment from Global News.

Matthews began working for Ocean Nutrition in 1997 and was “one of a handful of individuals in the world with the skills needed to run a large-scale omega-3 facility,” according to the decision.

But Matthews was “constructively dismissed” in 2010, four years after the company hired a new chief operating officer who ran what Matthews alleged was a campaign of lies and dishonesty against him. He was told there would be “no place” for him at the company.

Ocean Nutrition Canada was sold 15 months later for $540 million — a “Realization Event” that, as stipulated in Matthews’ contract, would have entitled him to a portion of the proceeds as long as he was still an “active” member of the company.

The trial judge concluded Matthews was constructively dismissed and owed a reasonable notice period of 15 months.

The company was sold within the reasonable notice period owed to Matthews, the court said. As such, Ocean Nutrition Canada should have considered him an active member of the company and given him the bonus.

Justice Nicholas Kasirer, who wrote the unanimous seven-judge ruling, said language requiring an employee to be “full-time” or “active” will “not suffice to remove an employee’s common law right to damages.”

“The purpose of damages in lieu of reasonable notice is to put the employee in the position they would have been in had they continued to work through to the end of the notice period,” he said.

“After all, had Mr. Matthews been given proper notice, he would have been ‘full-time’ or ‘actively employed’ throughout the reasonable notice period.”

Read more:
How to negotiate an employment contract

Howard Levitt, who represented Matthews in court, said the case applies to anybody who’s ever been constructively dismissed or fired.

“There is a duty of good faith throughout the employment relationship. Any employee who’s been treated in bad faith and suffers damages from that has a potential case.”

0:52
Coronavirus outbreak: Are Canadians worried about a job loss within their family amid COVID-19 pandemic?

Coronavirus outbreak: Are Canadians worried about a job loss within their family amid COVID-19 pandemic?

In many cases, what a majority of employees have been working for — in Matthews’ case, his bonus — is “taken away, even though you had no control over it,” Levitt said.

He said Canadians who had been constructively dismissed should think twice about taking a severance package based solely on their salary, and to “hold out” for proper compensation.

“Don’t accept less than what you’re entitled to,” said Levitt.

Read more:
Pregnant? Know your rights in the workplace

Liam Mchugh-Russell, an assistant law professor at Dalhousie University, said the ruling was a reminder to employees that their “employers have a responsibility not to mistreat them,” but left out what the standard of conduct of an employer should be when it comes to their employees.

“It does leave an open question and creates something that employers should be aware of for the future when it comes to their treatment of employees about how careful they have to be and whether or not they should act in good faith.”