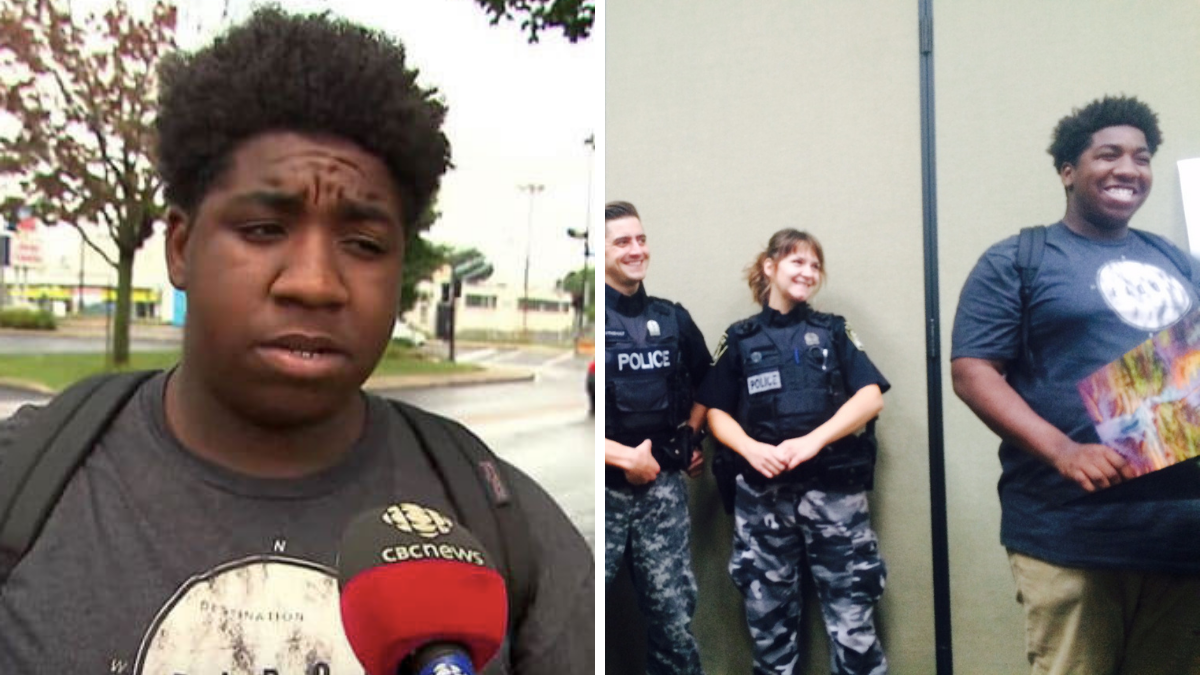 Police called a teenager a hero after he went to extraordinary lengths to stop a kidnapper.

The woman was terrified

Malyk Bonnet couldn’t help but notice a couple arguing while he was waiting for a bus in Laval, Quebec.

“The guy was screaming at her, the girl. He wasn’t really gentle with her, and I started watching, because I thought he would hit her, so I approached them a little bit,” Bonnet told CBC in 2015.

The couple asked him for money for the bus, and instead of brushing them off as most would have done, he went into the convenience store to get some change. He soon found himself alone with the woman for a moment, and she seemed terrified.

The teenager quickly came up with a plan. Despite living in the opposite direction, he decided to take the bus with the couple to a public place, and call the police.

“I decided to make myself friendly with the man, so he would trust me. So I played my game,” Bonnet said.

Teenager plays kidnapper to get him arrested

It turned out that the man was very dangerous — he’d already been found guilty of death threats and assault against his ex-girlfriend a year previous — and police were searching for the couple.

Yet Bonnet wasn’t aware of this. He chatted with the couple on the bus, making friends with them both before handing the man $50 to get something at a Tim Hortons.

While getting something at the counter, Bonnet went to the bathroom and asked to borrow someone’s phone as his was dead. Then, he called 911 and officers took the kidnapper away.

“He was really surprised, he didn’t know that it was me,” said Bonnet. “So I played my game right.”

Meanwhile, the woman was extremely relieved.

“She was almost crying. She was so happy, so happy not to be with him.”

Police called him a hero

Police were awe-struck by Bonnet, saying they never experienced anyone going to this level of lengths to help a stranger in this kind of situation.

“He managed the situation very well and took good decisions that probably saved the life of this woman,” Laval police Lieutenant Daniel Guérin to CBC.

Bonnet had spent a total of $120 on food and transport to catch the kidnapper, so asked for donations from the department and gave him back $255.

Police also gave Bonnet a tour of the department and advocated for him to be given a provincial award for bravery.

Bonnet said he had no idea at the time that what he was doing heroic, but after thinking about it, he was quite proud of himself.

“Now I realize what I did and wow … it’s really awesome. I mean, I saved a life!” Bonnet said with a laugh.

A beautiful example of why we must help strangers

So often we see people arguing or in distress and look the other way. This teenager acted differently (read: correctly) and managed to save a woman’s life. While Bonnet didn’t see himself as a hero at the time, hopefully, he’s come to realize how inspiring his actions were.

Podcast: What to know about “novelty hunting.”
How to Show Up When Nothing About Your Life Is Perfect
The World’s Best Blind Mountain Biker | Brian Bushway | #shorts
‘It was my heart’: Women with heart disease face barriers to care in Canada, report says
Looking for love? 44% U.S. adults use dating apps to find long-term partners: study