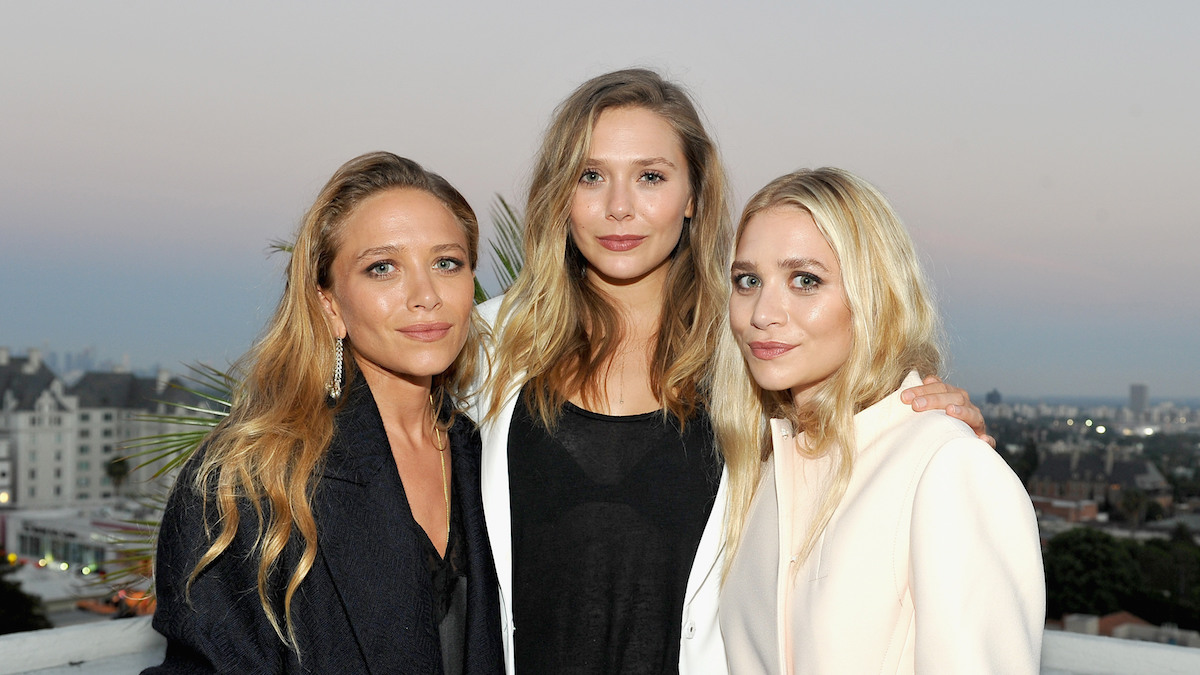 If you’re from a particular generation, you will undoubtedly be familiar with the Olsen twins. Mary-Kate and Ashley were shining beacons in the dark and had charmed millions of pre-teen girls in the 90s and early 2000s with their ‘Twin Trouble’ antics.

Their adorable brand could be accessed on nearly every sort of platform imaginable — television sitcoms, YA novels, music videos, even merchandise that you just couldn’t escape. But just like many other child performers, they just disappeared one day, and we failed to notice. Over the years, they have launched their own businesses, been in messy relationships, and become fashion icons of sorts.

However, the Olsen twins had all but disappeared from mainstream pop culture, that is until their younger sister set foot in the industry. Most people probably had no idea that the Olsen twins even had a younger sister, but as soon as Elizabeth astounded audiences with her striking turn as Wanda Maximoff in Marvel’s Avengers, we figured out that she hailed from a performing family.

Elizabeth’s celebrity is of a vastly different variety than that of her older sisters, yet the Olsen twins always made sure to keep their young sibling protected and safe in what can be a terrifying space for young actresses.

Being a few years younger than the twins, Elizabeth didn’t get the opportunity to dip into the industry at the same time as Mary-Kate and Ashley. Instead, she observed them closely as they toiled day in, day out at movie and television sets. Even as a child, Elizabeth knew that she didn’t want to jump into acting at such a young age and miss out on a world of opportunities that lay ahead of her.

It was the siblings’ dad, David, who essentially asked Elizabeth to pick a lane: acting or extracurriculars. So Elizabeth considered her options and decided that she wanted to continue being a normal child (as normal as the circumstances would allow, of course) and pursue her hobbies without the threat of show business getting in the way. She had been incredibly passionate about ballet and playing sports at the time, so while her sisters performed on national television, young Elizabeth watched from afar, slowly learning a craft that she would one day master.

The twins gave Elizabeth advice on “people to work with”

Elizabeth’s love for acting was ignited by her high school drama teacher. He was reportedly a “great educator” of American and Russian theatre, so Elizabeth was able to slowly nurture her passion and step into the world of cinema bit by bit. She had always been fascinated by the craft and the discipline it requires to embody a role. But the “experience of celebrity” never appealed to her, so she had to pick up a few tricks from her sisters to make her transition all the easier.

The industry can be a dangerous space for young entertainers, particularly young female entertainers who are susceptible to a broad range of vices and manipulations. The Olsen twins may have had their heyday a long time ago, but they still knew the ins and outs of Tinseltown. As Elizabeth was establishing her footing, she sought a lot of career advice from her sisters, who recommended “people to work with” as well as people she should actively avoid.

I think they’ve given me a lot of little advice along the way.

Elizabeth Olsen to US Weekly

Additionally, Elizabeth also learned from her sisters and her father the power of saying no. They told her that saying no doesn’t need to be backed up by explanations or justifications or apologies; that “no is a full sentence,” and that’s that. It’s a piece of advice that Elizabeth has recalled time and again while navigating this world.

While Elizabeth has probably surpassed her sisters in terms of her acting roles and performances, she is still figuring out how to be a celebrity. As early as 2017, Elizabeth was still fumbling in front of reporters and speaking her mind freely, thinking that nobody in the world would care about what she has to say.

But then the Olsen twins swooped in and told their younger sister that she should be a bit more mindful about what she tells the media — since the tabloids have a way of twisting and contorting anyone’s words into something malicious and clickbaity. Since her sisters’ intervention, Elizabeth has been more composed and prepared during interviews. She has decided that she will only speak about herself if necessary; she will try her best not to speak for “other parties.”

[Mary-Kate and Ashley] would say, ‘You know, even if you don’t think anyone’s going to read this article, someone might pull the quote later for [something else].’ It’s all part of how you hope someone interprets you, and how they frame who you are and the work you do.

In a way, the Wanda Vision star couldn’t have made it in Hollywood without the support of her sisters. They might not make grand appearances on red carpets with their young sister, but Mary-Kate and Ashley have always had her back. Of course, it can’t be denied that their position and fame within Hollywood likely played a part in Elizabeth’s rise to fame. Even Elizabeth said recently, “nepotism is a thing, and I’m very aware of it,”  yet we should also credit her for going on her lane and carving her own path.

Sometimes, family support is just what you need

We’ve seen a lot of dysfunctional families in Hollywood — toxic relationships, manipulative parents, distant siblings that are only in it for the same. But sometimes, you also get a glimpse of positive, fulfilling relationships built on trust, respect, and understanding. The Olsen siblings demonstrate through their steadfast bond that they will always have each others’ back through thick and thin. They might not be the showiest bunch in terms of how they express their love for one another, but they will also guide each other through life’s most strenuous challenges.

We shouldn’t disregard family support when available to us, especially if it’s provided in a healthy, structural, and functional manner. The best siblings know us from within; they will know when to give us tough love and know when to shower us with adoration. If you have such a sibling, feel free to take their advice and appreciate their support because that might just what you need to find any form of success in life.

Podcast: What to know about “novelty hunting.”
How I Stopped Feeling Embarrassed and Ashamed of Being Single
Service Dog Stays at Hospital With His Owner 24/7 — While Nobody Else Was Allowed to Stay
These Letters from a Single Mother Will Make You Believe in Love Again | Philicia Baugh | Goalcast
He Was Fatally Beaten by Memphis Police — Now People Around the World Are Sharing #SunsetsForTyre in His Honor