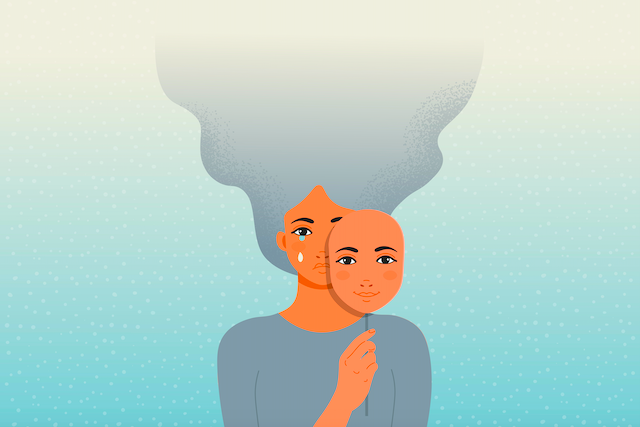 “Kindness can be its own motive. We are made kind by being kind.” ~Eric Hoffer

The first time I sat with a person contemplating suicide, I had no idea until it was too late.

I think about her often. She was a stranger. She was alone.

She called the emergency animal hospital where I worked in Colorado wondering if our doctors would be able to put her little dog “Rabbit” to sleep if she could not find a home for him.

You see, Rabbit was seven years old, looked like a little white westie mix, and had two heart conditions for which he needed medication.

The woman told me she was being forced into a nursing home. She was at least seventy years old, walked with a walker, and told me she lived with multiple illnesses and obstacles. When she moved into the nursing home, she would not be able to take Rabbit with her, she and found that the shelters she talked to would euthanize him because he was “unadoptable.”

The woman told me she would keep trying to look, but that if she could not find him a home, she would come into the hospital in a few days to be with Rabbit as he died.

A few days passed and I was sitting at the front desk, normally a chaotic and intense place in an emergency vet clinic, but today there was a calm. It was a Sunday.

The woman walked in on her walker and asked for me specifically since we had spoken on the phone. We walked slowly to a visitor’s room to wait for the doctor. The visitor’s rooms were only slightly less sterile than the exam room with light blues on the wall and fake flowers on the table, and tissues, lots of tissues.

The woman sat across from me on a plastic-like couch and spoke of her sweet companion, dear Rabbit, and the love he provided every day for her when no one else was there.

You see, she was very much alone in the world. She told me there was no one to help her and no one to confide in, and to love. Rabbit had kept a true warmth in her fading heart for seven years while the busy world spun around her.

She spoke of grief and loss and the heaviness of this densest pain, and the dragging anchor that is carried on with the living. She spoke of sadness and the marks it leaves on the aging body, the loss of independence with her physical body, and the crushing weight of the void where the connection was supposed to exist.

She said all of this while Rabbit was curled up in her lap, her hand methodically stroking his soft belly. He looked perfectly at peace with her.

I sat with her for nearly forty-five minutes, an unheard-of amount of time for someone in my position to spend with a client. We were always rushing from one emergency to the next.

I could not move my body from that room, though. I listened intently as my heart spasmed empathically. I did not attempt to advise or commiserate, as somehow, I knew that I was present simply to be a small vessel for her thoughts and pain.

A voice in my head told me to adopt Rabbit so he could live, but I couldn’t. At that time, I couldn’t even take care of my own dog. The hospital made an attempt to find Rabbit a new home, but this failed, and so the ER doctor finally came in.

As I gathered myself to let them have a few moments together, I still had to ask her, “How would you like to pay?” (for your dog’s death).

“Cash. I do not want a receipt and don’t send a bereavement card.”

Bereavement cards were a normal part of working in the animal hospital. There was death all around us.

Her directness startled me after our long, soulful conversation.

“Okay, that is no problem.”

A short while later she walked out of the visitor’s room dry-eyed. Rabbit was gone.

She gave me the $95, exact change, and walked toward the door. I went to open it for her and could only mumble a soft “I’m so sorry.”

I finished my shift quietly. If you looked closely at me, you might have seen me trembling, trying to keep the tears hidden behind my eyelids as long as possible. I went home sobbing and cried on and off for the rest of the day. Her heaviness was sewn into me.

Two days later my flip phone buzzed incessantly. It was work. A detective needed to ask me a few questions. He asked me to detail my interaction with a woman who came in to euthanize her dog. She had been reported missing. I told him everything.

“Okay, thank you for your time.”

I got off the phone shaking. I had been told nothing about the investigation other than she was missing, and I felt confused and scared. I called my parents, and as I did so, it hit me.

She was not missing, she was dead. She chose to end her life.

I was part of her suicide plan and enabled her to do it the way she wanted.

She sought peace in her life, away from the anguish and torment that our humanity is entangled with. That weekend she decided that she and Rabbit were going out together, and they did just that.

When I returned to work, what I already knew was confirmed. I will never know exactly what happened, but she must have left the hospital that afternoon and found her own peace shortly after.

Perhaps she spoke to someone after she left the hospital, or perhaps I was the last person who spoke with her. I won’t ever know these details.

Now, I see all of the red flags and warning signs, but I didn’t know them then. If I had, what would I have done? All I knew to do in the moment was to be present, to hold as much space as I could, and to leave my heart wide open for her. It didn’t change anything for her that day, but I have carried the what-ifs, the should-haves, and the if-onlys with me for many years now.

I have also carried the knowledge of a stranger’s pain with me. One that is all too common among our human species, and one that carries dark questions with very blurry answers.

What I don’t carry is regret.

It is not for me to know all of the answers or to turn back time and save her life. At that moment, I followed my intuition closely and listened compassionately to provide a loving space for her pain to land.

We never can be sure of what is going on within the depths of another’s heart, and when they act out or fade away from us, we must attempt one thing: kindness. Providing compassion is kindness, and our world needs it desperately. The sorrows of the human heart are vast, but so is our capacity to love and understand.

Likely, you won’t fully understand the other person’s plight or needs, and that is okay. Acknowledging them, holding them in a loving space, and providing kindness may ease a burden or show them that they have been seen at a poignant moment.

So, the next time you come across a stranger, notice the judgments and defenses popping up within you and then choose kindness. It will be a powerful choice.