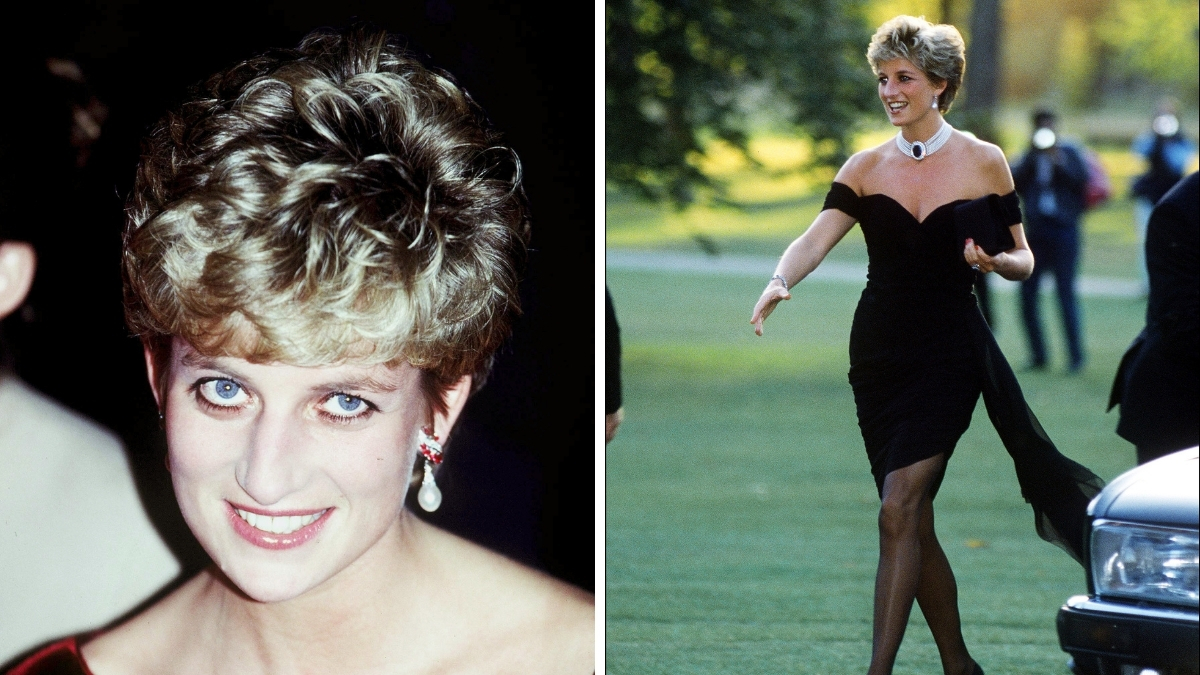 They say the best revenge is massive success, but what if it could also take the form of a little black dress? This was most definitely so in the case of Princess Diana. Yet there’s more to the story behind Princess Diana’s iconic LBD than most people know.

Although her taffeta wedding dress may be her most iconic outfit, nothing made a grander splash than the curve-hugging “revenge dress” she wore on June 29, 1994. Taken all on its own, the off-the-shoulder deep V-neckline in combination with an asymmetrical above-the-knee hemline and a playful sheer scarf wafting from the waist was rebelliously unroyal. But taken in context, the stunning number, designed by Christina Stambolian, also happened to be Diana’s outfit of choice the very same night her estranged husband, Prince Charles, took to national TV to admit that he had been unfaithful. This was nearly a year and a half after the pair announced their separation.

Princess Diana’s black dress then became the perfect power play: one that defied her status as cheated wife, instead putting her fearless confidence and freedom on display for all. A clear statement of empowerment.

“She wanted to look a million dollars,” said her former stylist, Anna Harvey. “And she did.”

“It was the first time people had been introduced to the new Diana, the one who didn’t need the royal family, especially Prince Charles,” said British fashion journalist and stylist Alex Longmore. “In that minidress, she oozed confidence, an air of happiness and independence.”

From that point on, Diana avoided the billowy, ‘fussy’ look of her younger days in favor of chic, simple grown-up fashion, according to curator Eleri Lynn. “This was the very opposite of the ‘princess dressing’ that had made headlines in the 1980s. “One of her favorite designers, David Sassoon, recalled that ‘there was a tremendous change from the shy little girl who I had initially dressed to this overtly glamorous woman.’”

She almost didn’t wear it

Rather than go into hiding the night she was expected to attend Vanity Fair’s annual fundraising gala for the Serpentine Gallery in London, Princess Diana showed up—in more ways than one. She had been planning to wear a Valentino dress instead, but changed her mind when her ensemble was leaked to the press in advance of the event. Rifling through her wardrobe, she made the last-minute switch (Prince Charles’ interview, scheduled at the same time, undoubtedly influenced her choice as well). She had actually bought the now-famous LBD three years earlier, but had never worn it.

“She thought it was too daring,” said designer Stambolian in 2013.

On the night in question, however, Diana had to have known that all eyes would be on her. So she decided to send a clear message: I’m my own woman.

So much more than a “revenge” dress

In June 1997, three years after Princess Diana made her stunning appearance in her famously defiant LBD, she put 79 cocktail and evening dresses up for auction to benefit The Royal Marsden Hospital Cancer Fund and the AIDS crisis trust, two causes she supported throughout her life. The revenge dress reportedly sold for $65,000. Just two months after the auction, Diana tragically passed away.

While one can surely find ample evidence of the beauty of Diana’s personal legacy in the broad strokes of her story—namely, the courage with which she left a royal marriage that was causing her pain—her gorgeous revenge dress, most often treated as a peripheral story, shall also go down in history as a symbol of the meaningful charity work she somehow managed to squeeze into her short yet abundant life.

Princess Diana’s LBD began as an impulse purchase and remained in her closet for years. She had no idea, when she bought it, that this would be the ‘too-daring’ dress she finally wore on the night the unhappiness of her marriage was confirmed publicly, a scandalous gift to the tabloid media. She may have only worn the dress once, but she sure did make it count, and when it finally left her closet again a few years later, it was for charity. The journey then, was one from “revenge” (or, as I prefer to see it, timely self-empowerment) to one of compassion and giving to others.

After all, this was Diana in a nutshell. Stephen Lee, director of the UK Institute of Charity Fundraising Managers called Princess Diana’s charity work “probably more significant than any other person’s in the 20th century.” The Princess developed an interest in health issues traditionally outside the purview of royal involvement, including AIDS and leprosy.

Her extensive charity work also included campaigning for animal protection, and against the use of landmines. She was patron to countless other charities as well, including organizations working with the homeless, youth, drug addicts, and the elderly. She made several lengthy visits every week to Royal Brompton Hospital to comfort terminally ill and dying patients. In 1988, she became patron of the British Red Cross, and in 1994, she helped launch Child Bereavement UK which supports children “of military families, those of suicide victims, [and] terminally-ill parents.” Prince William later took his mother’s place as the charity’s royal patron, movingly delivering a speech about the pain of being a child who loses a parent.

Along with her iconic revenge dress, there’s another fashion choice Princess Diana made that night that typically draws much less discussion: her sapphire-and-pearl choker necklace. Some call it an equally bold decision given the jewel’s history. The Queen Mother gifted her with it on her wedding day, in the form of large brooch. Eventually, however, Diana had it mounted on seven strands of pearls to create a wide choker, which she wore both before and after her divorce—most notably, perhaps, when she danced with John Travolta at the White House in 1985 and when she attended the Met Gala in 1996.

While it’s possible that she simply loved the necklace, I find it likely that the piece also lent an air of empowered joy and freedom to her person when she wore it. After all, it was she who turned the brooch into a gorgeous necklace she much preferred wearing. In this way, she always worked to transform whatever was before her for the better—with whatever resources she had at her disposal.

Although the sapphire choker hasn’t been seen since her tragic death, Diana reportedly left all her jewelry to her sons, “so that their wives may, in due course, have it or use it.” In fact, it’s rumoured that Harry may have used two of the diamonds from the choker to create Meghan Markle’s engagement ring. While this remains unconfirmed, of Meghan’s ring Harry did say, “…the little diamonds either side are from my mother’s jewelry collection, to make sure that she’s with us on this crazy journey together.”

What you can learn from Princess Diana’s legacy

Indeed, if fashion has any influence at all on the wearer, one might credit those tiny diamonds with Harry and Meghan’s similar penchant for bravery and rebellion in the face of oppressive conventions. That, or the diamonds have nothing to do with it, and they’re following in her footsteps because she was, and always will be, an authentic leader sensitive to humanity’s many struggles—personal and political alike. I’m going with the latter.

For those who feel trapped by the pressures of marriage, family and convention for fear of reprisal, Princess Diana remains a beacon of hope in action. If you need inspiration to make it to the next chapter of your life, you’d do well to meditate on the life of Diana, Princess of Wales.

How To Find True Happiness | David Meltzer Inspirational Speech | Goalcast
Why I Didn’t Trust Myself to Make Decisions (and What If It’s All Okay?)
He Was Fatally Beaten by Memphis Police — Now People Around the World Are Sharing #SunsetsForTyre in His Honor
How a social media group dubbed Mom Jeans is helping people fight inflation
Podcast: What to know about “novelty hunting.”