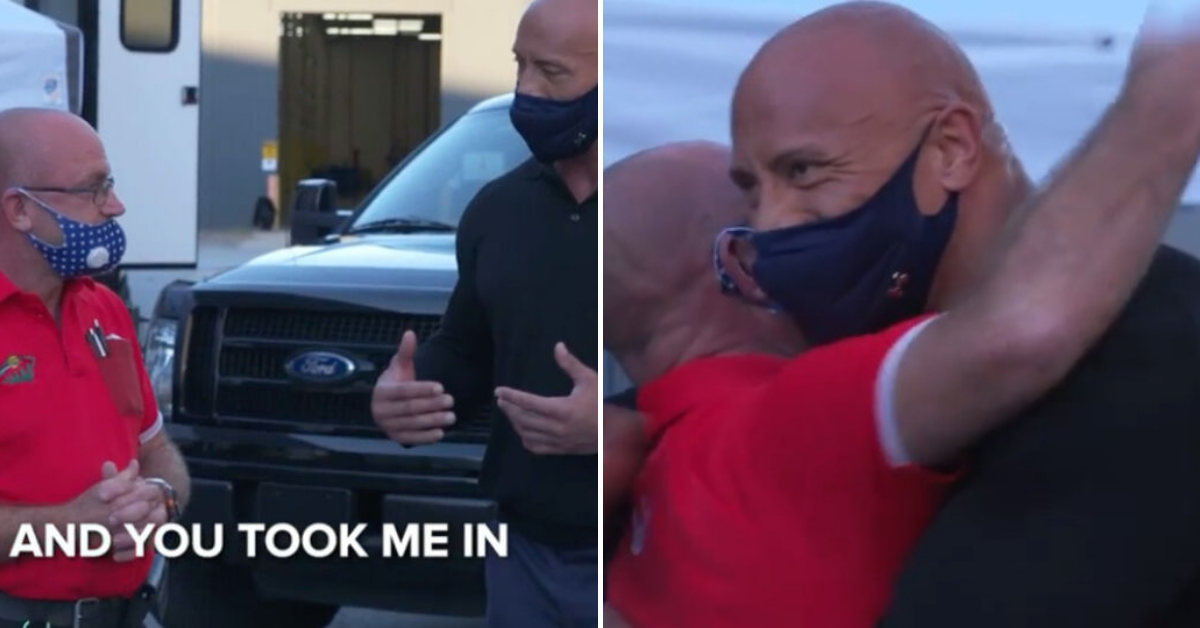 Johnson had just $7 in his pocket

While he might be a world-famous Hollywood hunk and legendary wrestler, Dwayne Johnson started from humble beginnings.

After being evicted from his home in Hawaii, Johnson was sent to Nashville, Tennessee to live with his father, but someone else took him in.

“Sh*t happens, plans change and that’s the way it goes,” Johnson wrote on Instagram. “Instead, I [was] told I was gonna live with a guy named Bruno [Lauer]. Who at the time lived in a tiny room at a spot called the Alamo Plaza motel.”

“Bruno could’ve (and should’ve) said hell no, I’m not takin’ in some kid who I don’t know. But he didn’t. He took this punk kid in and we became lifelong friends.”

Nine years later, Johnson had just $7 in his pocket and was again in need of a place to stay. So Lauer took him in again — this time to live in his trailer in Walls, Mississippi.

Johnson also credits Lauer for buying him his first car at 15 years old for $40.

A big thank you from a big guy

On New Year’s Eve, Johnson posted a video of him meeting with Lauer again.

In the video, Johnson tells Lauer how much he loves him for taking him in as a teenager. Beyond giving thanks and hugging (with a mask on), Johnson revealed that he bought Lauer a $30,000 Ford F150 for Christmas.

“Nobody has ever done anything like this for me before,” said a teary-eyed Lauer. “I can’t believe it.”

“I love you, brother,” Johnson wrote in the post. “Your kindness and heart – helped change my life’s trajectory. And when you’re ready to retire from ‘the business’ you just say the word. I got you covered. We’ll go ‘downtown.’”

While Johnson is clearly on top of his game now, he didn’t get there on his own. Lauer was surely among many who helped Johnson along the way, and every successful person has undoubtedly had help along their journey as well.

So this is a reminder that as you become successful in your life, it’s never too late to show appreciation to those who helped along the way. And while a $30,000 truck is a nice gesture, a heartfelt ‘thank you’ will do.

Slow mornings lead to deliberate days
This Year, Let Go Of The People Who Aren’t Ready To Love You
7 Ways Childhood Trauma Shows Up in Your Romantic Relationships
The Choice We All Have , But Only a Few Apply It | Joe Dispenza
7 False Beliefs That Will Keep You Trapped in Your Head Forever