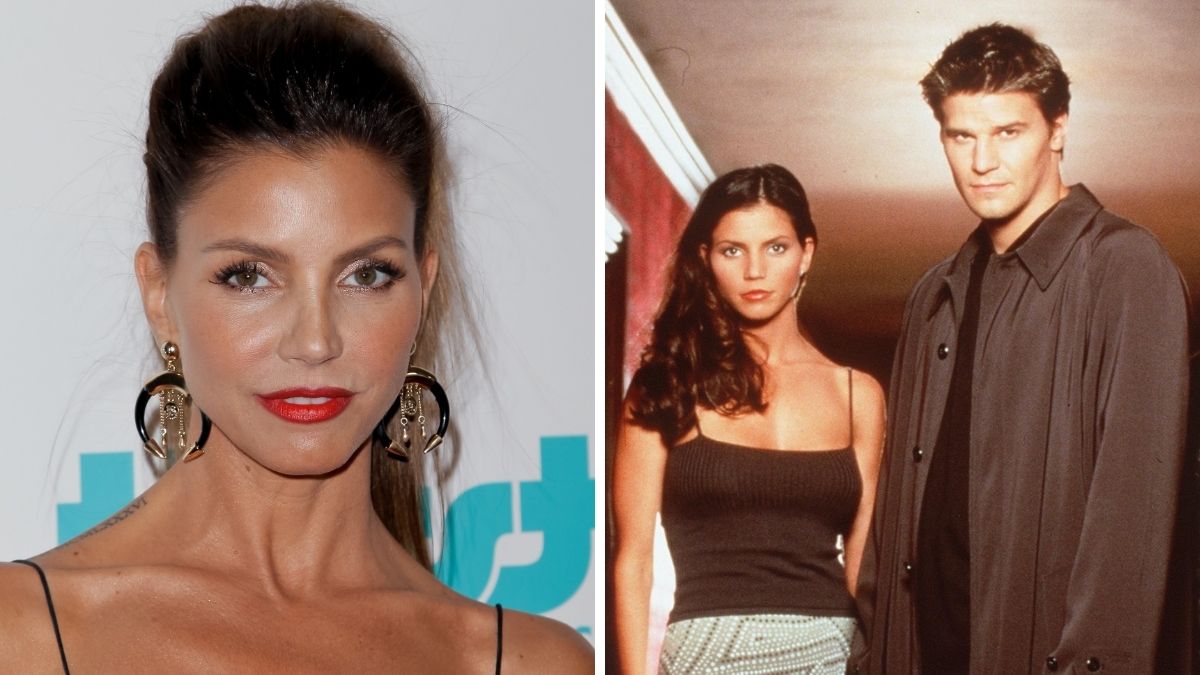 The Buffy the Vampire Slayer universe was yanked back into the zeitgeist this month after a series of upsetting accusations were launched against show-runner Joss Whedon. Though there haven’t been any legal proceedings to either prove or dismiss these allegations, it’s safe to say that it’s been a tough couple of weeks for the Buffy fandom.

Cast members, such as Charisma Carpenter, Amber Benson, and Michelle Trachtenberg, to name a few, spoke out about their experiences working with Joss, and facing what they deem as workplace harassment and abuse of power on the Buffy set.

The wave of accusations serves as a dissonance for many Buffy fans, as the show was known to be a pioneer in many ways in its approach to female characterization. Buffy and her friends embodied strength and hope long before MeToo and Women’s Marches. Yet, they managed to inspire and drive millions of women to build their own destinies and do good in the face of adversity and evil.

How can the creator of such feminist fiction be capable of horrifying acts? We sure don’t know the answer to that question, but we can examine the situation and highlight the silver linings of this messy situation.

The first of the charges were made by not a Buffy cast member but an actor who had worked with Joss in the superhero flick Justice League.  Ray Fisher, who played Victor Stone in the film, tweeted in July 2020, saying that Joss Whedon’s behavior on set was “gross, abusive, unprofessional, and completely unacceptable.” WarnerMedia reportedly carried out an investigation into Joss’s behavior, which was followed by “remedial action.” Even Jason Momoa voiced his support for Ray Fisher, saying that some “serious stuff went down” in the film reshoots.

A few months after the investigation, Joss “parted ways” from HBO’s show The Nevers, but the studio wouldn’t confirm why this occurred. Joss, however, claimed it was a result of the COVID-19 pandemic.

There was no activity on this front for the next few months, but people started to speculate that something was clearly fishy in Joss Whedon’s career. Those guesses were confirmed when Charisma Carpenter, who played Cordelia Chase in Buffy, said that Joss “abused his power on numerous occasions while working on the sets of Buffy the Vampire Slayer and Angel.”

She went on to say that Joss repeatedly made “passive-aggressive” threats to fire her from the show and called her “fat” when she was four months pregnant. He berated her for getting a rosary tattoo, and when he found out that Charisma was pregnant, he allegedly asked her if she was going to “keep it.” These “disturbing incidents” apparently triggered a “chronic physical condition” in Charisma from which she still suffers. He also allegedly put her through long, grueling hours on the set and “weaponized” her womanhood and faith against herself.

[Joss] proceeded to attack my character, mock my religious beliefs, accuse me of sabotaging the show, and then unceremoniously fired me the following season once I gave birth […] It is abundantly evident that Joss has persisted in his harmful actions, continuing to create wreckage in his wake.

Co-star Amber Benson retweeted Charisma’s notes and said, “Buffy was a toxic environment, and it starts at the top.” She said that Charisma is “speaking truth,” and she supports her whole-heartedly. She said that their years on the show were marked by a lot of “damage” and that many of them are still processing it twenty-plus years later.

Another cast member, Michelle Trachtenberg, also voiced her support on social media and agreed on Joss’s “ not appropriate behaviour.” She didn’t detail any of her experiences but added that Joss is “not allowed in a room alone with Michelle again.”

When an entire show gets thrust back into the spotlight due to its creator’s reported “misconduct,” you’d expect other male stars to chime in and defend him, or either offer their own testimonies of what had happened. Yet, in the case of Buffy, the men have been notably supportive of the women speaking up, even though they have no accounts of their own to share.

David Boreanaz, who played Angel, offered his support to Charisma, saying, “I am here for you to listen and support you. Proud of your strength.”

Though his statement was brief, it conveyed volumes to Charisma, who responded saying, “I know you’re there for me, David. I appreciate all you’ve done to demonstrate that support privately as well. Especially since Wednesday. Thank you so much.”

Similarly, Anthony Stewart Head, who played Rupert Giles, that while he didn’t see any of the misconduct in person, he does offer his sympathies to those who allegedly experienced it. As the self-proclaimed “father figure” in the show, he had hoped that the women would have felt empowered enough to take him aside and inform him. But alas, he had to find out the bulk of the allegations from Twitter — just like the rest of us.

This is not a man saying: ‘I didn’t see it, so it didn’t happen.’ I am gutted, I’m seriously gutted, because one of my memories, my fondest memory, was the fact that [Buffy The Vampire Slayer] was so empowering. Not just with the words in the script, but the family feel of the show … I am really sad if people went through these experiences.

Anthony Stewart Head on This Morning

Nicholas Brendon, who played Xander on the beloved supernatural series, decided to be neutral about the allegations, saying that he loves Joss but also admits that there were multiple “transgressions” on set. He also reiterated that he fully backs his co-stars, yet he is “not ready” to speak extensively about the matter. James Marsters, who played Spike, said that the Buffy set was not without its “challenges,” and he is “heartbroken” to hear these stories of abuse and harassment.

We must acknowledge change when we see it

It can’t be denied that men simply supporting and listening to women is a low bar to clear. Yet, it’s still worth acknowledging that the Buffy men got it right here, given how, historically, men are known to be complicit in condoning and fostering workplace abuse and harassment. These men might not know the details, but they also choose to commend the women for standing up and speaking their truth.

It means something to Charisma Carpenter, Amber Benson, and Michelle Trachtenberg, who must feel a tad relieving knowing that they do have allies in the industry. It’s a swift change from the horrors of the past, where women just wanted to be acknowledged, heard, and believed when coming forward. The change might be small and gradual, but it signals a changing industry nonetheless.

Service Dog Stays at Hospital With His Owner 24/7 — While Nobody Else Was Allowed to Stay
The Most Heartfelt Speech About Being Your Best | Gian Paul Gonzalez | Goalcast
How a social media group dubbed Mom Jeans is helping people fight inflation
Kentucky Woman Gets Unbelievably Lucky at Her Office’s Christmas Gift Exchange — Now She Can Afford to Send Her Kids to College
Femcels: Inside the enigmatic subculture of involuntary celibate women