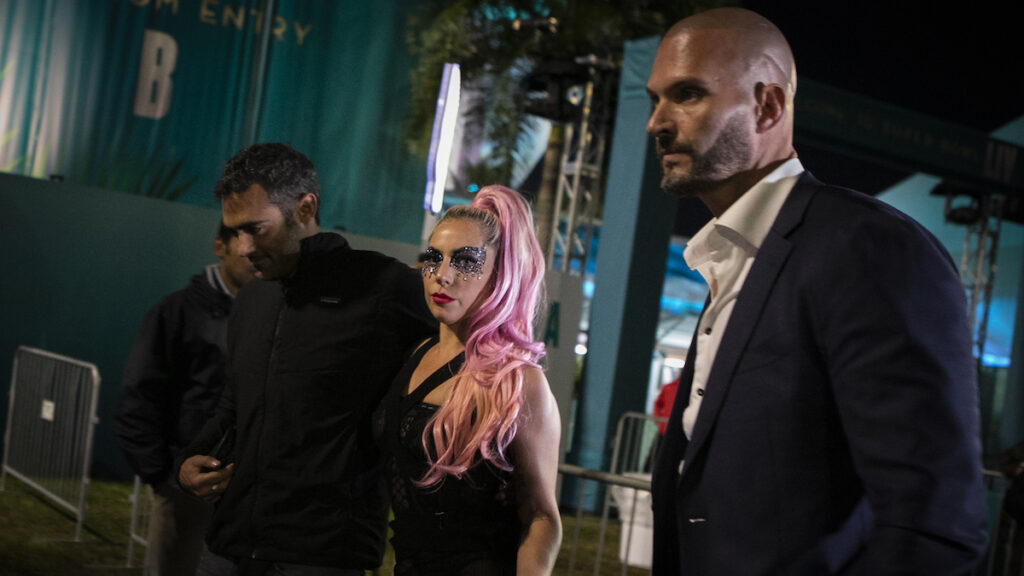 Lady Gaga might be one of the most beloved figures in the pop culture zeitgeist, but lately, her love life is shrouded in mystery.

Of course, the public’s had glimpses into her romances here and there over the years, but for the most part, the New York native has been keeping it low-key. It helps that she doesn’t pursue relationships with A-list celebrities who have paparazzi hounding their every move, but at the same time, she doesn’t go above and beyond to hide her partners from the limelight — which often ends up generating far more interest than the initial level.

What’s most impressive is that Lady Gaga doesn’t hold resentment for any of her past lovers. She appreciates the memories, takes note of the failures, and seeks to grow and evolve with time, both professionally and personally. In fact, she’s been so intensely focused on her career over the past few years that many people have hardly taken notice of her boyfriend of two years, Michael Polansky.

So let’s take a closer look at Michael, his background, and how he endeared himself to Lady Gaga in a matter of months:

Lady Gaga may be an icon in the music industry, but her boyfriend calls the shots in Silicon Valley.

Michael Polansky wears a number of hats in the Bay Area. According to his LinkedIn, he’s served as a board member in multiple technology and service companies since 2010, including groups like Founders’ Fund, Brigade, Wishbone, and ArsenalBio. Most recently, he’s prioritized his work with the Parker Foundation, where he undertakes the duties of both the co-founder and the executive director.

Michael manages both organizations with Facebook co-founder Sean Parker, so it’s safe to say that he knows his way around the big dogs in the tech space. On the educational front, he graduated from Harvard University in 2006 with a degree in applied mathematics and computer science, as per Entertainment Tonight.

He’s also the co-founder of the Parker Institute for Cancer Immunotherapy, whose mission is to “accelerate the development of breakthrough immune therapies to turn all cancers into curable diseases.”

It’s clear from his credentials that Michael is no ordinary businessman — he is intelligent, innovative, and generous to boot. Perhaps that’s why it was a walk in the park for him to earn Lady Gaga’s trust and goodwill.

It’s unclear when Gaga was first introduced to Michael. Page Six sources stated that Lady Gaga had been a frequent guest of Sean Parker when he threw parties at his L.A. mansion. She even performed in one of his cancer benefit concerts, which is where Bradley Cooper first struck up a friendship with her funnily enough.

Gaga and Michael reportedly became acquainted with each other during Parker’s birthday celebrations in December 2019. The timeline holds up since the Bad Romance singer was spotted locking lips with the CEO at a Miami hotel in February 2020. She officially confirmed their romance by posting an affectionate photo with her beau, captioning it as “We had so much fun in Miami. Love to all my little monsters and fans, you’re the best.”

Though Lady Gaga has shared many a photo of Michael over the past year, she has remained relatively tight-lipped about the dynamics of their relationship. But one thing is true — they’re both passionate about giving back to the community.

In an interview during the COVID-19 lockdown, Lady Gaga shed light on how her Born This Way foundation has been helping people struggling with mental health. As it turns out, Michael has also had a hand in supporting the organization and getting the word out. Gaga said, “With Born This Way Foundation, my mother, Cynthia Germanotta, and our cofounder Maya [Enista Smith], who I love so very much — they are working with my, the love of my life, on something for mental health.”

An insider told E! News that Lady Gaga is quite literally gaga for her boyfriend. “They’ve been seeing each other since before the holidays and she’s crazy about him.” The same source added that the pair have been inseparable and that “she’s taking him everywhere.”

The endurance of their relationship is especially admirable in light of their dissimilar backgrounds. She is an extraordinary pop artist, whereas he works from the boardroom, but perhaps it’s this disparity that attracted Gaga to Michael in the first place. Her previous boyfriends had been in the entertainment industry, so perhaps Michael’s orderly, traditional lifestyle intrigued her on a deeper level.

Their unlikely matchup drew nationwide curiosity when Michael’s ex-girlfriend Lindsay Crouse wrote an essay in the New York Times about finding out her ex had started dating one of the most brilliant, beloved celebrities on earth. Understandably, it’s an emotional rollercoaster, but Crouse tapped into her funny bone and spoke about treating herself with as much luxury and confidence as the Star Is Born actress would.

[Lady Gaga and Michael Polansky] are opposites of each other, which all-around is a good thing for her. He definitely cares a lot about Gaga.

Lady Gaga will be the first one to admit that she hasn’t had the best luck with relationships, but her turbulent history hasn’t rid her of her optimism in building a future with the right one.

She’s had boyfriends who didn’t believe in her talent, she’s had fiancés whom she loved but couldn’t settle down with, she’s been rumoured to date her co-stars, yet Gaga still hasn’t lost faith in her ability to find the person she can spend the rest of her life with. In an Instyle interview, Gaga said that she looks forward to being married someday and having children.

It doesn’t matter that she’s been hurt by men before — she has a clear vision of what she wants to achieve in the future, and she’s not in the least hesitant about it. Along the same vein as her fashion and career, she is highly methodical and intentional about her life choices.

Marriage. More music, more movies, more charity with the Born This Way Foundation […] I will say I am very excited to have kids. I look forward to being a mom. Isn’t it incredible what we can do? We can hold a human inside and grow it.

She said in the same interview that she has a “lot of dreams and hopes,” adding that she doesn’t know if they will come to fruition, but “but I know that I’ll be doing it with the people I love.” Among the hopes and dreams include her desire to be more involved with philanthropy, with a particular interest in funding research about “fibromyalgia and neuropathic and chronic pain.”

Seeing how she and Michael have gotten off to a fantastic start with their philanthropic projects, it’s fair to say that their passion for charity has brought them closer together and that we can probably expect more to come from their end.

At the same time, Lady Gaga’s aspirations of starting a family shouldn’t have to take away from her bold stance on self-love. She’s been its biggest champion and has said time and again that no man is worth sacrificing her career for. She’s maintained that her purpose in life is to create art that inspires, moves, and heals people — as long as she’s able to keep focused on this mission, the rest is just icing on the cake.

You have a much greater mission on this Earth than to freak the hell out of people. Your mission is to give people a form of love through your art that lifts them up.

A lot of us expect to find love without really looking for it. Unfortunately, love-at-first-sight is a rare phenomenon that makes no promises about the future. If we want to find people who will ignite something fierce and striking in us, we’ll have to go outside of our comfort zone and mingle with people of different, distinct interests.

Lady Gaga dabbled in going outside of her industry to find her match, and it seems like her choice is paying off. You never know who you’re going to form a connection with, so it’s crucial to keep your mind open and give yourself the time and space you need to genuinely fall in love with someone. If Lady Gaga could manage it following a string of heartbreaks and relationship tumbles, it’s possible for the rest of us as well.

How I Stopped Feeling Embarrassed and Ashamed of Being Single
All the Things I Didn’t Tell the Men I Dated Because I Was Afraid
The two kinds of productivity advice
‘It was my heart’: Women with heart disease face barriers to care in Canada, report says
The World’s Best Blind Mountain Biker | Brian Bushway | #shorts