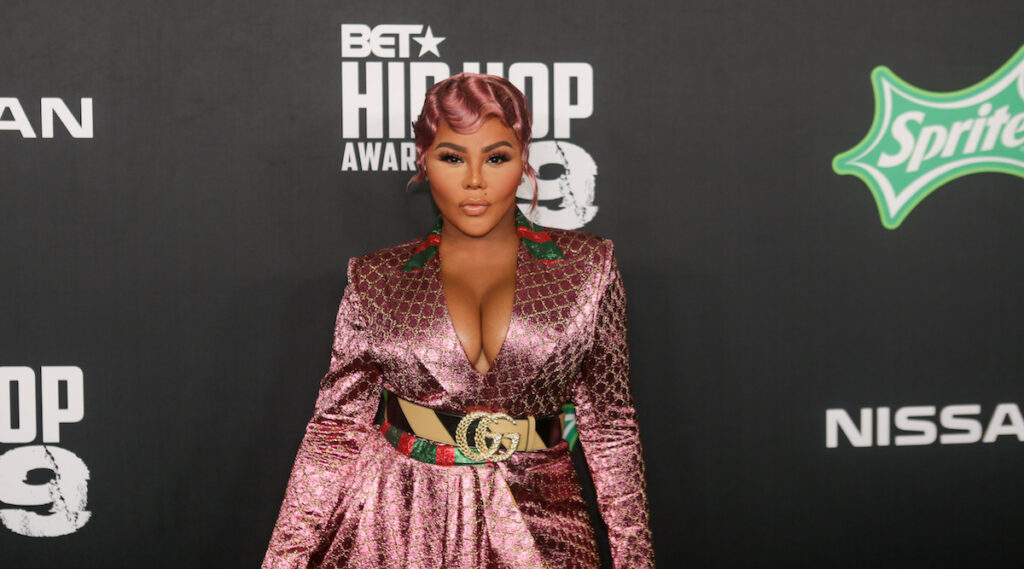 Lil’ Kim is undoubtedly one of the brightest, most influential women in hip-hop, yet her legacy remains controversial for one reason or the other.

For the past twenty-five years, she’s been pushing the boundaries as a female rapper and breaking records in the process. She’s considered to have pioneered mainstream sex-positive feminism in hip-hop and has carved a path for many contemporary artists, including Cardi B, Nicki Minaj, and Kash Doll. In addition to her unique sound and lyrical matter, she’s known for her breathtaking, flamboyant fashion style and advocacy work for various causes.

While she’s been an inspiring figure in more than many ways, she’s also let her fans down in others. The rapper, also known as Kimberly Jones, was convicted of three counts of conspiracy and one count of perjury on Marcy 17, 2005. She’d been caught lying to a federal grand jury about not having seen her friends at a scene of a 2001 gun shooting — a testimony that was subsequently proven wrong via video surveillance footage. Kim served twelve months in prison as a result.

But lately, the criticism leveled at her isn’t about her past as a convict — it’s about her face. Here’s what we can learn from Lil’ Kim’s struggles with beauty and expectations:

Kim wanted to cover the injuries from an “abusive relationship”

Lil’ Kim has been fielding criticisms and judgment about her face since the beginning of her career. In 2005, she went on a radio show and explained that she had had her nose broken during a physically abusive confrontation with an ex-boyfriend. Kim told the listeners that she, like many other women, had been part of a violent relationship that left her with a “broken nose, black eyes, all that stuff.”

The New York native revealed that she had to “fix her nose” not once but multiple times — every time she’d go through a procedure and come back to her boyfriend, he’d hit her again and send her reeling into a tangle of insecurities and self-loathing. It’s not just her face that was damaged as a result of these brutal attacks. Kim had to undergo multiple MRIs because “he beat me up so bad I couldn’t even move.” She also suffered from blood clots in her back.

Kim was so tired of lying about her injuries, pretending they were “an allergic reaction,” and burying her bruises in makeup that she thought it would be better to get professional work done and wipe out those physical markings for once and for all.

I kinda prayed the whole time. I didn’t know what to do. And it has a lot to do with my maturity too. It’s been times I was in the car with my ex-boyfriend and he punched me in my face and [I was] bleeding all over the car […] The doctor had to fix my nose [because] it was almost shattered.

Lil’ Kim to The Source

The trauma led her to start her charitable organization, Lil’ Kim Cares, which does extraordinary work in raising awareness and funds for issues such as homelessness, child neglect, and violence against women. She’s also keen on showing that just because she’s a celebrity doesn’t mean that she doesn’t go through the same trials and tribulations as anyone else suffering from abuse. Like any other survivor, she has to muster up tons of courage to leave a toxic environment and learn to love herself again.

It’s truly been an uphill battle for Kim to love herself, but she’s finally at a stage where she can do so to her heart’s content. It’s also crucial to note that Kim hasn’t always set a good example for her fans — she’s said and done things that have caused a tremendous amount of distrust and pain among her friends, family, and fans.

Whereas the initial plastic surgery resulted from a violent altercation, Kim has admitted that she’s gotten more surgeries over the years by her own choice. She said she “cheated” and got several facial features “fixed up” as she pleased. In a 2000 interview, Lil’ Kim shared that she’s faced insecurities for as long as she could remember; her boyfriends kept cheating on her with “European-looking” women, the “long-hair type.”

The mother-of-one said she felt like she couldn’t compete as a “regular black girl” and thought she wouldn’t ever be “good enough.” It’s not just former lovers that triggered feelings of doubt and shame in her; she also endured verbal humiliation at the hands of her father. She claimed, “It’s always been men putting me down, just like my dad.”

To this day, when someone says I’m cute, I can’t see it. I don’t see it no matter what anybody says.

The continuous barrage of disapproval made its way to her head, and she felt like she had no choice but to turn to cosmetic surgery. Kim said, “It was like I could do nothing right, everything about me was wrong — my hair, my clothes, just me.” The fact that she’s getting condemned for conforming to the same expectations that were imposed on her in the first place is hypocrisy at its cruelest. Lil’ Kim likely didn’t ask to be saddled with the weight of these debilitating insecurities — they were drilled into her from a young age and were continually reinforced by the men in her life.

Plastic surgery is a contentious issue that has neither wrong nor a right side. We have to trust women that they’re aware of the health implications and that they understand the full extent of what they’re choosing to undergo. It’s a massive, irreversible decision, and so it should be treated as such. As long as the person comes out on the other side feeling confident and beautiful, we don’t have the right to chide the person.

At the same time, no one should feel so pressured to look a certain way that they perceive plastic surgery as a necessity, not a choice. Lil’ Kim couldn’t overcome her anxieties and had been fixated on her so-called imperfections for so long that the only way to get peace of mind was to go under the knife. It’s perhaps even more frustrating to see that her career is dominated by rumors of skin bleaching, lip injections, boob jobs, so on and forth when there are far more substantive points to discuss — including her run-is with law enforcement and her illustrious body of work.

I’m a person who may get bored with my look sometimes. I love what God gave me, but sometimes I want to dress it up.

Sometimes it’s just best to see something and move on without asserting your opinion about it. People have been berating Kim for a long time — both before and after her plastic surgeries. If they had kept their assumptions at bay from the get-go, Kim wouldn’t have felt forced to go under the knife.

Conventional beauty doesn’t determine the value of a person; what matters is the person behind the face and the work they’re doing to improve their lives and their collective society around them. Lil Kim has all but transformed the world of her hip-hop through her intuitive, thoughtful, and powerful music. Why must we let our presumptions drive our opinion of the artist? Especially since the artist herself had deeply personal and medical reasons to get many of these surgeries in the first place. Lil’ Kim has her own flaws, but choosing to love herself despite the criticisms shows endurance. And that’s something we can take away from her journey.

If You’re Feeling Judged: One Thing You Need to Understand
All the Things I Didn’t Tell the Men I Dated Because I Was Afraid
Femcels: Inside the enigmatic subculture of involuntary celibate women
8-Year-Old Boy’s Family Is Down to Their Last $12 Living in a Shed – Until His Own Business Saves Them All
These Letters from a Single Mother Will Make You Believe in Love Again | Philicia Baugh | Goalcast