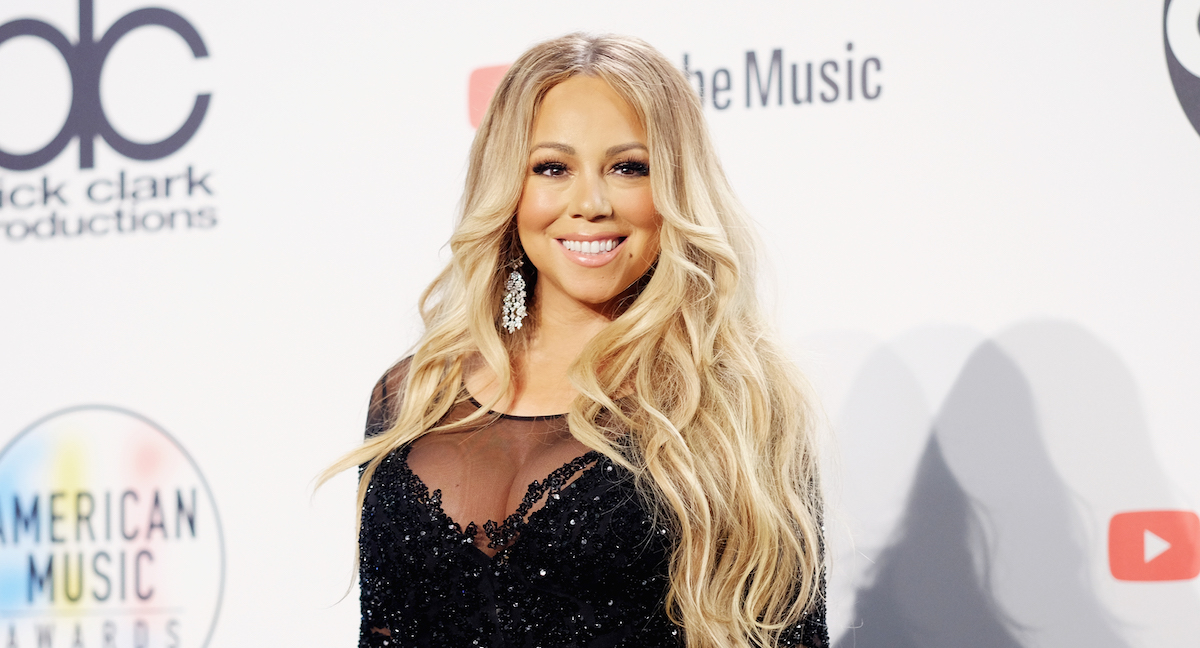 Mariah Carey has been a phenomenal songstress since the early nineties when she took the world by storm with her unshakeable voice and astounding range.

Although Mariah has been in the media countless times over the years for her romantic relationships, her family, her battle with bipolar disorder, and, of course, her music, she only recently opened up more about some of her personal experiences with her parents in her memoir, The Meaning of Mariah Carey, released in September 2020.

Like many of us, no matter how much time has gone by since childhood, Mariah, now 50, continues to navigate her deeply challenging relationship with her parents.

Who are Mariah Carey’s parents?

Mariah was born in 1970 in Huntington, New York, the third and youngest child of Patricia Hickey, a former opera singer and vocal coach of Irish descent, and Alfred Roy Carey, an aeronautical engineer of African-American and Afro-Venezuelan descent. Her paternal grandfather actually changed his name from Nuñez to Carey, like many immigrants did to cope with the racism of the day.

Mariah’s parents met in 1960, a full decade before she was born, and fell in love in spite of Patricia’s mother disowning her for it. In spite of the racism present in 1960s America—they were once even shot at through their kitchen window— Mariah’s parents eloped. After they were married, they decided to live in an all-white neighborhood, and Patricia had to purchase the house, as the owners wouldn’t sell to a black man.

Soon after, concerned that there were no other black people around, they decided to move again, this time to a mixed neighborhood. But once they got there, there were new problems. “They didn’t like us because we were living as a black and white couple, and that just wasn’t done,” Patricia has said. Wherever the couple went, it seemed, people were against them being together.

But although the 1970s may have been more tolerant than the decades that came before it, even after Mariah was born, racial tensions were high in their community, with neighbors actually poisoning their dog and setting fire to their car. While today, Mariah is comfortable with her biracial background, the world hasn’t always shown her the same acceptance.

Mariah’s parents divorced when she was just three, and her older sister Alison moved in with their father, while Mariah and her older brother Morgan stayed with their mother. She has described her siblings’ resentment toward her for having lighter skin and hair, and described her brother as “extremely violent” and her sister as “troubled” and “traumatized” while opening up about her difficult childhood, and discussing how her siblings were abusive toward her. Mariah had little contact with her father after the split, and her mother worked several jobs to support the family, so she was often left alone.

Behind Mariah’s toxic relationship with her mother

To say Mariah’s relationship with her mother is strained is an understatement. She has talked about how her mother was the main reason for her exposure to music at such a young age, but she also maintains that there were things her mother said to her that have stayed with her, and haunted throughout the years.

In her memoir, she writes, “Jealousy comes with the territory when you are famous. But when it comes from your own mother, it is very painful.” She goes on to recall how her mother once said to her, “You should only hope that you could be half the singer that I am.” Although she wonders if her mother even remembers saying this, it impacted her just the same.

In addition to the jealous and competitive comments Mariah’s mother made when she was young, Mariah has also opened up about how she felt neglected.

“I’ll always take care of her,” she has said. “There’s been a huge role reversal in our relationship since the beginning, since I first started [singing] I’ve been the go-to, that matriarch person, even as the youngest child in the family. Not everybody gets it. That’s a lot of pressure because also with that, with the expectations come resentment as well, or envy. It’s really a tough place to be.”

Mariah admits she still craves a mom like the ones she uses to see on TV, one who will have “genuine, sustained interest” in her before asking for money or favors.

To add insult to injury, Mariah’s mom even cautioned her against marrying Nick Cannon (the now father of her 9-year-old fraternal twins) because of his skin color. Clearly, trauma is intergenerational, and clearly, forgiving a parent for ongoing hurt can take a long time.

The singer also revealed that back in 2001, amid pressures related to her impending movie, Glitter, she was physically and emotionally exhausted and decided to spend some time recuperating at her mother’s Long Island home, which she had purchased. While there, she had an emotional breakdown while washing dishes, but rather than offering support, her mother called the police, who took her to a facility.

“Bottom line is, there was a code-switching that happened and a power shift that was immediate. It was immediate and she was in charge,” Mariah explained.

This type of story will resonate with many of us who have parents stuck in traumatizing power struggle patterns, and it’s not an easy thing to overcome.

When it comes to Mariah’s relationship with her father, there’s not as much to say, as she did not see much of him as a child, and sadly, he passed away in 2002. Mariah does, however, feel positively enough about him to wish him happy father’s day on Instagram. “Rest in Power,” she wrote in June 2020. “Love and Sunflowers for Alfred Roy.”

The lessons Mariah has learned from her parents

The fact is, even those of us with the most traumatic parental relationships tend to find lessons buried in our trauma if we’re willing to dig a little.

Of her relationship with her mother today, Mariah shares in her memoir:

I have reserved some room in my heart and life to hold her — but with boundaries. Creating boundaries with the woman who gave birth to me is not easy — it is a work in progress.

In fact, the opening dedication of her new book sums up the rocky past and still-challenging but somehow worth it present-day relationship very well: “And to Pat, my mother, who, through it all, I do believe actually did the best she could,” she writes. “I will love you the best I can, always.”

But when it came to struggling with her biracial identity and belonging, neither of Mariah’s parents were ever quite equipped to help her navigate the complexity she faced. She was largely on her own.

Mariah has discussed the lack of belonging she felt as a child that so many biracial people know all too well. When she first became famous, articles described her as a “white girl who can sing,” which really played into the insecurities she had been dealing with since childhood.

“My father identified as a black man,” she said. “No one asked him because he was clearly black. But people always ask me. If we were together, people would look at us in a really strange way. As a little girl, I had blonde hair and they’d look at me, look at him, and be disgusted. I understand people want to hold on to their roots. But for me, I was a complete nonentity because of it,” she said. “Maybe that was part of my drive to succeed. I’ll become accepted.”

In her memoir, Mariah writes, “Time and motherhood have finally given me the courage to honestly face who my mother has been to me.”

Given some of the unforgettable things her mother said to her when she was young, Mariah believes it’s important to be careful what one says, especially when talking to kids. The singer explained that because she always wants her own son and daughter, Monroe and Moroccan, to feel safe, secure, and happy, she makes every effort to acknowledge their talents and encourage them, effectively breaking the cycle of damage and abuse her family has known all too well.

Mariah hopes her own struggles with identity and racism will help her educate her kids on how to deal with similar issues. While times have changed since she was a kid, she points to social media, and all the modern ways someone can get attacked today.

In stark contrast to her own upbringing, Mariah’s relationship with her kids is the most loving relationship she’s ever known.

“They help to heal me every day,” she said. “Every time we have a moment that feels real and authentic and genuine and it’s them loving me unconditionally.”

While stereotypes of abused children turning into abusive parents run rampant, the children who grow up and break those vicious cycles tend to get a lot less press, but there’s plenty of us out there. The trick: even if your parents don’t teach you directly, you can learn eternal lessons from their behaviour alone.

How to Be Intolerant of Dysfunction | Josh Shipp | Goalcast
Parents issue warning after teen dies from inhaling aerosol deodorant
This Is What Self-Care Really Means, Because It’s Not All Salt Baths And Chocolate Cake
The Single Greatest Mistake A Man Can Make | Jordan Peterson
The Choice We All Have , But Only a Few Apply It | Joe Dispenza