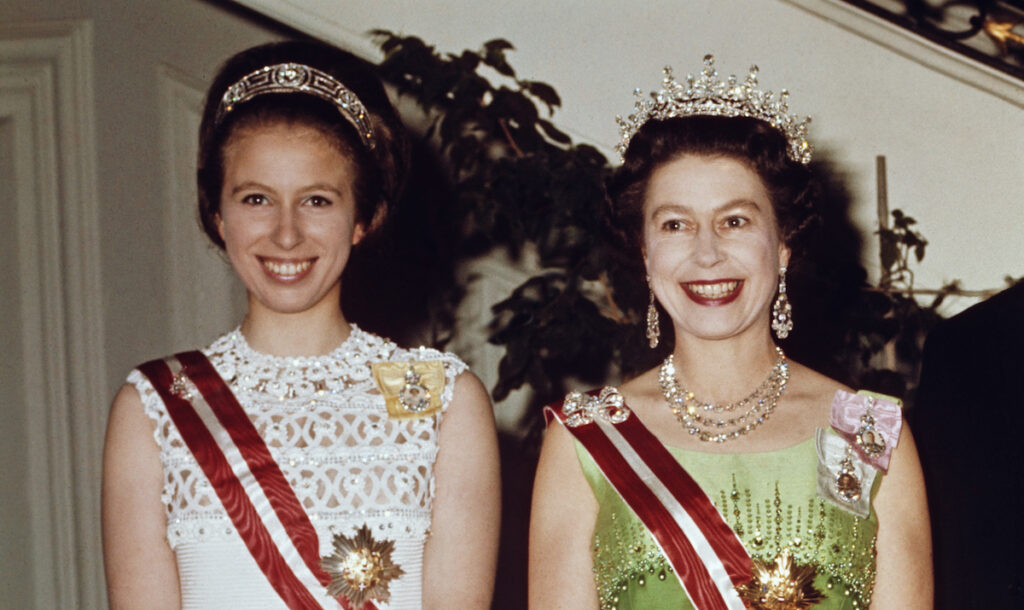 When you hear about revolutionary royals your mind may automatically turn to Prince Harry and Meghan Markle. Prince William and Kate Middleton may also fall under that category. The young royals have done so much to create a new and more accessible image of the monarchy.

However, there’s a case to be made that Princess Anne paved the way for staying true to yourself, even if it means going against the grain. It’s this strong-minded quality that links her to her nephew, Prince Harry. And after reaching the Olympics and experiencing a kidnapping attempt, it’s easy to see how she sticks so stridently to her beliefs.

Anne, Princess Royal is the second child and only daughter of the Queen and the Duke of Edinburgh. She’s fourteenth in line to the throne and her royal duties have seen her advocate for the Carers Trust, Save the Children, and a number of causes focusing on sport and sciences. Her work has also meant that she’s traveled to Sierra Leone, Ethiopia, and South Africa working with children’s charities. However, in recent years she’s handed over the international duties to the younger royals.

Anne, Princess Royal has taken on many of the same responsibilities as her older brother, Prince Charles but she’s always done things a little differently. She has two children from her first husband, Mark Phillips, who she married in 1973 and divorced in 1992. When Peter and Zara were born she decided to reject the His/Her Royal Highness titles they’d have received on account of being the Queen’s grandchildren.

In interviews, she’s explained that she wanted to give her children a childhood that was as normal as possible and by dropping the titles this would be more likely. Other popular royals to have made the same decision are Prince Harry and Meghan Markle and their son, Archie. This caused a stir at the start of 2020 but Princess Anne was well ahead of the curve.

And rode to the Olympics

The royal family is known for having a big love for animals, great and small. While the Queen has had a number of corgi’s during her reign Princess Anne has kept bull terriers. However, her first love is horses.

A keen rider, Anne took her passion and talent for equestrianism to the next level when she won the individual title at the European Eventing Championship aged 21. She was also voted BBC Sports Personality of the Year in 1971.

She marked herself as one of the most talented riders in the country when she joined the British eventing team. This took her to the heady heights of the 1976 Montreal Olympics. Speaking about her experience to Vanity Fair she said, “I thought if I was going to do anything outside of the royal family, horses were likely to be the best way of doing it. But then you have to find the right horse at the right time.”

Getting to the Olympics was tough but her time in Montreal proved a serious challenge. Halfway through the course she fell off her horse and suffered a concussion. She got back on and completed the event, coming in sixth. However, she’s since revealed that she doesn’t remember finishing at all.

In an ITV documentary Anne: The Princess Royal at 70, her lady-in-waiting Jane Holderness-Roddam recalled the dramatic moment she finished. “I wasn’t at the Olympics, I couldn’t go, so it was all on the television what we saw. What I didn’t know at the time was she had this awful fall, but she got back on and competed,” she said, “She was that concussed that she couldn’t remember, and still to this day I believe can’t remember, the rest of the course.”

She wasn’t put off by her fall. If anything it spurred her love for riding and the Olympics on. In 1988 she was appointed a Member of the International Olympic Committee and the Members Election Committee. She’s supported Team GB as President of the British Olympic Association and she even awarded her daughter Zara Tindall a silver medal at the London 2012 Olympics.

Her daughter followed in Anne’s tenacious footsteps and speaking about her riding ability to Vanity Fair she said, “Zara was always a natural and it was really a question of whether she felt that was something she really wanted to do, and she did and she was very thorough and applied herself to it. So she was quite rightly very successful.”

She thwarted a kidnapping attempt

Princess Anne hasn’t just hit the headlines throughout her life for her generous charity work and time at the Olympics. A kidnapping attempt in March 1974 would not only shake the royal family to the core but also give Princess Anne the resilient, no-nonsense reputation she has today.

It’s been reported that on March 20, 1974, Anne, who was only 23 at the time, was driving back to Buckingham Palace with her first husband Mark Phillips. They were stopped on the road by another driver, Ian Ball. Immediately, Ball left his car, shooting a pistol. Luckily, Princess Anne was protected by the police, and her personal officer, Inspector James Beaton shielded her. He was shot. Tabloid journalist Brian McConnell then intervened and was shot, Alex Callender, her driver attempted to disarm Ball and was shot too.

Four years after the events, Anne revealed the gruesome details in an interview with journalist Sir Michael Parkinson. Ball informed the Princess Royal that he was going to kidnap her and hold the royal family to ransom.

He opened the door, and we had a sort of ‘discussion’ about where or where not we were going to go.

She then added that “It be much better if he just went away and we’d all forget about it.” Yet, she revealed her incredible strength of character in how she apprehended her attacker.

I said I don’t think I wanted to go. I was scrupulously polite because I thought it was silly to be too rude at that stage.

Anne left the car and former boxer Ron Russell was walking past and saw what was going on. Police Constable Michael Hills drove by at the same time and called the police for backup before being shot by Ball. Russell punched Ball and helped Anne getaway. Ball was later arrested.

Beaton, Callender, Hills, and McConnell all recovered in hospital and Anne visited them to share her thanks. On trial, Ball pleaded guilty to attempted murder and kidnapping.

Why her connection with Prince Harry is special

While the kidnapping attempt shocked the world media and the royal family, it didn’t stop Princess Anne from pursuing her work and passions outside of her duties. People have since recognized this willingness to stay true to yourself in another, younger royal.

When Prince Harry and Meghan Markle announced that they would be leaving their royal responsibilities and titles behind for a life in America it hit the headlines around the globe. Many of the royals kept their opinions on the matter close to their chest. However, in the documentary, Princess Royal: Anne at 70 Princess Anne appeared to share her sympathize for how hard it was for the couple.

The pressure that is applied to the younger members of the family is always worse because that’s what the media is interested in, and that’s sometimes hard to deal with. But there was no social media in my day, so it probably has made it more difficult.

A royal aide, Robert Hardman also shared his insights and said that he thinks she’d thought of this pressure when rejecting titles for her own children. “That was certainly part of the thinking in her decision not to give her own children titles,” he said, “And we had a long chat with them, they’re absolutely delightful, and they’re both very forthgoing on how grateful they are that they’ve been able to have as normal a life you can when your grandmother is the monarch.” Prince Harry and Meghan Markle made the same decision for their son, Archie.

The similarities between Princess Anne and Prince Harry don’t end there. In 1990, after working with Save the Children for decades on various projects around the world, Princess Anne was nominated for the Nobel Peace Prize. She’s continually used her platform to speak out for causes close to her heart.

Prince Harry is another royal who appears to care deeply about using his voice to advocate for causes that are important to him. He helped establish the mental health charity, Heads Together with the Duke and Duchess of Cambridge. He’s worked with OnSide Youth Zones which gives young people somewhere to go and someone to talk to when they need it. And with Meghan Markle, he’s created a space to talk about hateful behavior and speech online and the impact it can have.

Prince Harry may not be so different from his royal aunt at all. With an Olympic legacy, a rejection of tradition, and continued ambition to speak out for the things that matter most to her, Princess Anne might be one of the best royal examples of finding what you believe in and pushing ahead with your ambitions.

If You’re Feeling Judged: One Thing You Need to Understand
How I Stopped Feeling Embarrassed and Ashamed of Being Single
Podcast: What to know about “novelty hunting.”
The World’s Best Blind Mountain Biker | Brian Bushway | #shorts
New Barbie Doll Honours First Black Aviator — Inspires Youth to Take to the Skies (PHOTOS)