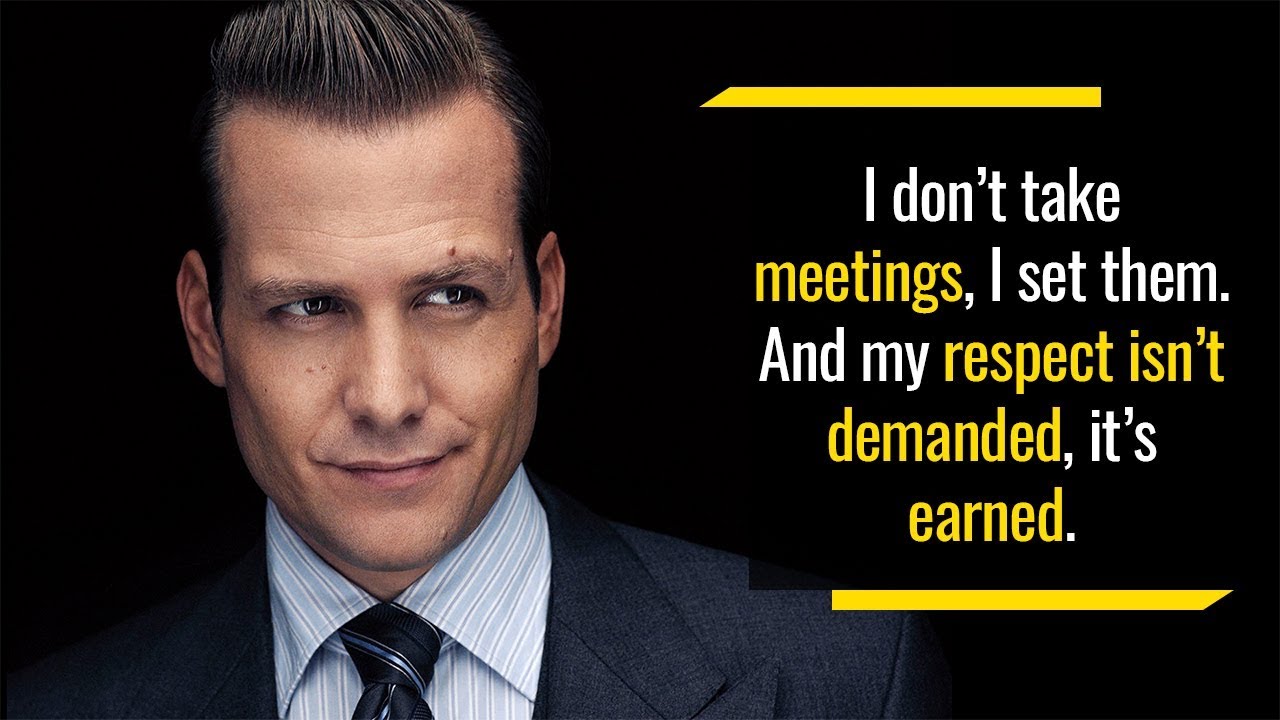 Check out our Top 10 Harvey Specter Quotes That Will Motivate You: http://blog.goalcast.life/2016/04/13/top-10-harvey-specter-quotes-that-will-motivate-you/

Transcript:
– Let me give you the ABCs of me. I don’t take meetings, I set them; And my respect isn’t demanded, it’s earned.

– C is for people who show me they know A and B. Life, is this. I like this. Look, you were giving me shit this morning because I come and go when I want to, you know why I can do that? Because when I got here I dominated, they thought I worked 100 hours a day, now no matter what time I get in nobody questions my ability to get the job done. Get it through your head, first impressions last.

– Is that your way of telling me that it’s never going off?

– Well, if it doesn’t, you could always have James Bond take care of it for you.

– Do you know who’s watched more game film than everybody?

– You have Michael Jordan’s phone number?

– If I hit this button right here I call Michael Jordan?

– It’s kinda how a phone works.

– I’m not gloating, I’m merely recognizing the fact that you completely changed your mind based entirely on what I said.

– Potato potato, but as long as you’re going to think of it that way, I might as well point out that since you listened to my lecture, maybe you should start calling me professor.

– I’m gonna start calling your unemployed if you don’t figure out a way around using Gerard’s alibi.

– We have a decision to make.

– There is no decision, we need to cut a deal today.

Don’t forget to share this video to spread the motivation!

Subscribe to get notified when we upload new motivational videos.

If You’re Feeling Judged: One Thing You Need to Understand
8-Year-Old Boy’s Family Is Down to Their Last $12 Living in a Shed – Until His Own Business Saves Them All
Podcast: What to know about “novelty hunting.”
Tough Times Don’t Last (Official Music Video) Fearless Motivation
How to Show Up When Nothing About Your Life Is Perfect