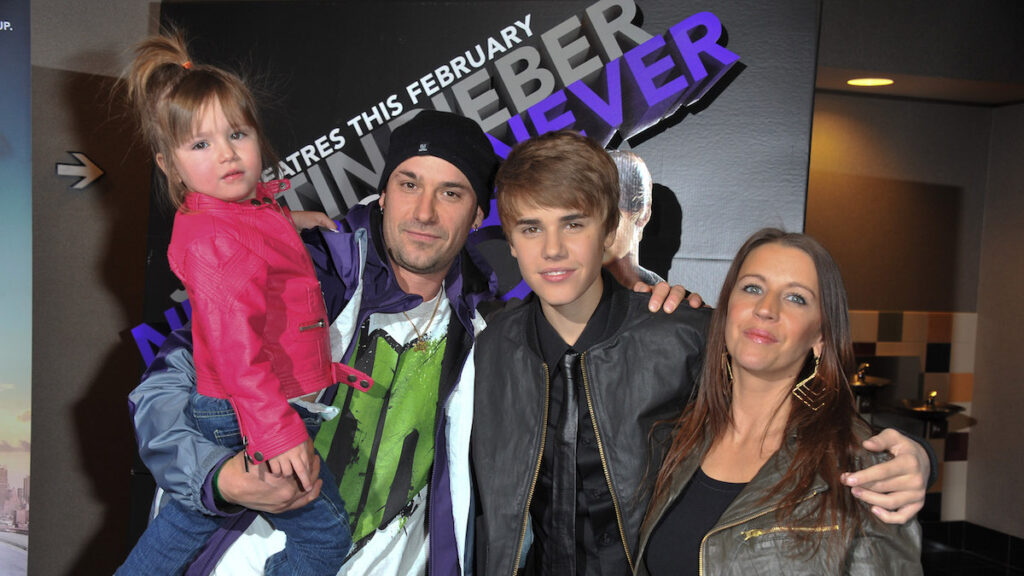 There’s no denying that Justin Bieber is one of the most influential pop culture figures in the world. His fame is limitless, and his reach, immense.

As such, he and his close circle attract a great deal of attention from mainstream media. His documentary series Justin Bieber: Seasons also sheds light on how he navigates the spotlight on a daily basis while staying true to his loved ones. Justin himself will be the first one to tell you that he prioritizes family over everything else — they are his biggest supporters, and he would go to the ends of the earth to keep them happy and safe.

Most people have a solid grasp of Justin’s childhood in Canada and how he was raised by a teenage single mother, Pattie Mallette. Yet, a lot of folks aren’t wholly aware of Justin’s fraught but stable relationship with his father, Jeremy. So what occurred between the two that left Jeremy Bieber sidelined and struggling to connect with his superstar son?

Jeremy Bieber was only eighteen at the time of his son’s birth. He and Justin’s mother Pattie dated from 1991 until 1994 but never married. They were barely out of high school when they discovered that Pattie was expecting a child. To no one’s surprise, they were thoroughly unprepared, both financially and emotionally, to bring a child into the world and raise it diligently.

Justin revealed in a Billboard interview that his dad was “not in a place where he could raise a kid,” so Pattie had to step up to the plate and raise Justin on her own for the first few years of his life. She had the occasional support of her mother, Diane, and stepfather Bruce, but she still had to rely on low-income public housing to get by. She took up a bunch of low-paying office jobs to pay the bills and finance Justin’s musical pursuits.

He was immature. He left for like a year when I was about 4, went to British Columbia, came back on Father’s Day.

The Sorry singer acknowledges that his dad was “immature” and that he would leave Justin and his mother for years at a time. Most people aren’t ready to undertake the responsibilities of a parent in their early twenties, and so Jeremy couldn’t help but flounder about for a while. Thankfully, as Justin grew into himself, so did his dad. When Jeremy returned on “Father’s Day” after being away for a year, Pattie made the elder Bieber promise to stay in his son’s life for good. “I remember my mom said, ‘If you’re going to be here, you have to be here,’” shared Justin. This was a critical, make-or-break juncture in Justin’s early life, and had his dad taken the other route, who knows how Justin’s life would have panned out?

Pattie’s ultimatum sparked something in Jeremy, and he decided right there and then that he would assume a more active role in his young son’s life. He put an end to his sudden departures and starting building a rapport with his young son.

But why did Justin deny having a “deadbeat dad”?

Justin said that he rejects the notion that Jeremy was a “deadbeat dad.” His parents didn’t have the healthiest co-parenting relationship, but Jeremy still ensured he was a regular fixture in his son’s upbringing. In fact, it was the elder Bieber who introduced Justin to the magic of rock ‘n roll and classic rock. He taught Justin how to play the guitar, how to jam out to iconic tunes of the eighties and nineties, and how to showcase his voice outside their four walls. Both Pattie and Jeremy encouraged their son to participate in local talent shows and perform cover videos on Youtube — which became Justin’s ticket to fame, as we all know.

There’s a misconception that he’s this deadbeat dad, but he has been in my life since. I was with him on weekends and Wednesdays.

Though Pattie went on to become Justin’s manager during his teen idol years, Jeremy took a backseat and let Justin thrive on his own terms. Jeremy also got the opportunity to make moves in his personal life when his son toured the world. He married Erin Wagner in 2007 and welcomed two children with her: daughter Jazmyn and son Jaxon. He divorced Erin in 2014 and married a woman called Chelsea Rebelo in February 2018. Their first child Bay was born in August 2018. Chelsea also has a child named Allie from a previous relationship.

With so many young children in the mix, one would be inclined to think that Jeremy is too preoccupied with his young family to give Justin the time of day. But the Canadian pop star actually disclosed in 2016 that he is a “lot closer to my dad than I am to my mom.” It’s anyone’s guess as to when the tables turned, but apparently, Justin’s run-ins with the law in the mid-2010s caused friction with his mother. It took a while for the mother and son duo to reconcile, but they have made considerable progress in the time since Justin’s statement.

As it turns out, Justin has a lot more in common with his dad than just the last name. Radar Online reported that Jeremy was arrested for assault in 1997 and sentenced to ninety days in prison. He was additionally charged for failing to comply with the terms of his probation and spent three weeks behind bars. The senior Bieber was arrested yet again in 2002 for ‘assault causing bodily harm,’ but the case was dismissed in 2004.

Jeremy may have made several mistakes as a young man and father, but Justin couldn’t be prouder to be his son. “I have the greatest Dad in the world. He’s taught me how to love, learn, and stay true to myself. I will forever be grateful because he was my superhero,” he wrote on his Instagram the week before his father’s transgressions came to light.

Yet, he and his father still have to work through “hard things”

Though Justin divulged that he’s a lot closer to his dad than to his mom — a stark contrast to his early life — it doesn’t mean that he doesn’t have his fair share of issues with Jeremy.

Obviously, Justin has a tremendous amount of respect and love for his family, but he’s also realized that it takes a lot of work to establish a cordial, understanding connection with his pa. In an Instagram post shared a few years back, Justin wrote, “I️ love working through hard things to get to the good things,” adding that he’s still getting to know his dad and that relationships are worth “fighting for.”

His straightforward but heartwarming statement indicates that no matter how close we think we are with our loved ones, there’s always more to learn. Sometimes you’re better off keeping a family member at a distance, and sometimes you feel more secure developing a co-dependent bond with them. Justin discovered in his twenties that he doesn’t necessarily need his parents to guide him through every decision in his life. In fact, he prefers to set healthy boundaries so they can continue being a part of his life without pushing his buttons.

You don’t need [your parents] as much. And for them, it’s like, you were all they had. Not all, but they were so invested in you. And then one day you’re just gone, and you’re doing your own thing, and you don’t need them, and you don’t value their opinion the same, either.

Justin loves being an older brother and is seen horsing around with his younger brothers and sisters frequently on social platforms. He never shies away from showing love to his folks, either. But it’s commendable that he knows himself well enough to maintain adequate “physical distance” from his dad without jeopardizing the entire relationship. It’s just another entry in the list of reasons why Bieber is becoming the best version of himself.

Your relationship with family is ongoing, not “fixed”

As children, we grow up with rigid perceptions about our parents, but as we mature, we realize that getting to know our parents is an ongoing process that doesn’t end. We have to continue to get to know them and continue to see the extent to which they fit into our existing lives. They change with you, so it doesn’t make sense to have the same sense of co-dependency as you might have had in your adolescence or childhood.

There’s no right or wrong way to interact with a family member, but we’d do well to follow Justin’s example and honestly evaluate the kind of dynamic we’d like to have with our parents or loved ones. Setting boundaries or keeping a distance doesn’t mean you love them any less. Instead, it means that you are mindful of your mental and emotional health and are putting together an arrangement that suits all parties equally.

7 Ways Childhood Trauma Shows Up in Your Romantic Relationships
7 False Beliefs That Will Keep You Trapped in Your Head Forever
The Walt Disney Company to mark 100th anniversary with new experiences
This Year, Let Go Of The People Who Aren’t Ready To Love You
Sweet Revenge: Woman Wins Lottery Jackpot After Husband Leaves Her for Best Friend